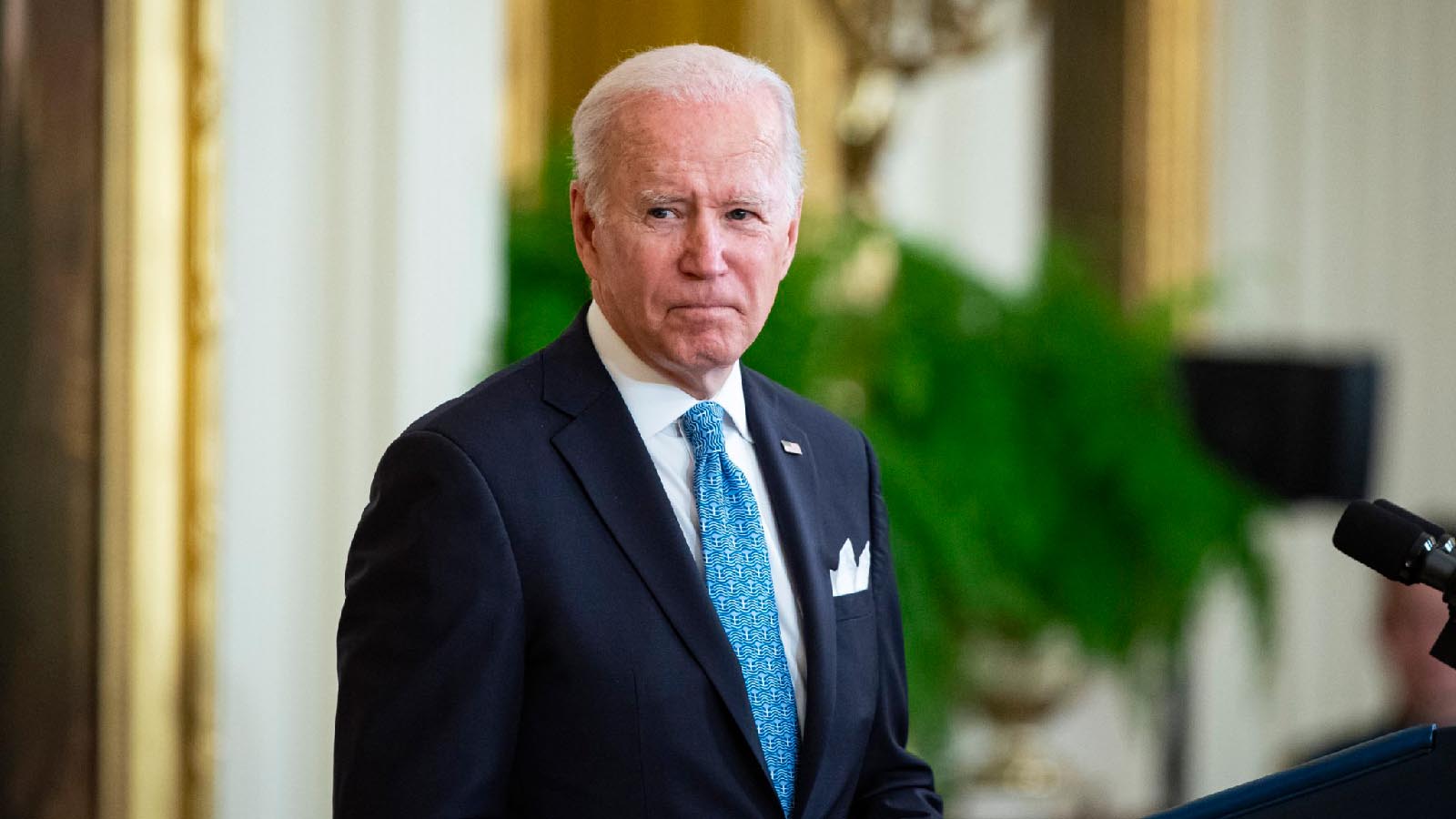 He’s weak. He’s stupid. He’s old. He’s senile. His mind is applesauce. The White House is more of a retirement home. Joe Biden is more fit to be the face of a brand of adult diapers than the president. He knew about the baby formula shortage several months ago and did nothing. It’s probably because he forgot. In Biden’s America, inflation is high, gas prices are out of control, and mothers can’t feed their babies.

The man has been wrong on every foreign policy initiative over the past 40 years. It’s now crept into domestic policy. He doesn’t know what he’s doing or where he’s going, leaving a White House staff exhausted at cleaning up his media messes. Grandpa can’t deal. The man is being propped up by the media and a friendly DC establishment and even then, the man can’t get approvals that break 40 percent.

Even NBC News can’t shield him anymore. For starters, Biden thinks he deserves more credit for helping the economy. Who cares if one’s paycheck has been torched because you can’t get inflation under control? Who cares if Americans now have to choose which bills they pay on time because the pain at the pump has torched their wallets? Oh, and again, the baby formula fiasco. This White House cannot do crisis management if their lives depended on it. the best is him declaring that he means what he says and that he’s all there. Dude, the reason why your staff corrects you or jumps into the line of fire here is that what you say doesn’t make sense.

It’s not a good thing to basically say that high gas prices are what you pay during this period of energy transition. This is a midterm year, Joe. Even though this is never going to happen ever given the current conditions, it’s best if you—you know—at least try and act the part. You’re supposed to be trying to help your party keep the majority, not give scores of voters a reason to vote Republican. The news organization succinctly described this administration in one word: “adrift.” Even Biden’s closest allies seem to be admitting that this dude is just a low poll politician who can’t manage. It doesn’t help that they don’t know what needs to be done for Joe to climb out of this hole (via NBC News):

“I don’t know what’s required here,” said Rep. James Clyburn, D-S.C., whose endorsement in the 2020 Democratic primaries helped rescue Biden’s struggling candidacy. “But I do know the poll numbers have been stuck where they are for far too long.”

Amid a rolling series of calamities, Biden’s feeling lately is that he just can’t catch a break. “Biden is frustrated. If it’s not one thing, it’s another,” said a person close to the president.

An assumption baked into Biden’s candidacy was that he would preside over a smoothly running administration by dint of his decades of experience in public office. Yet there are signs of managerial breakdowns that have angered both him and his party.

Beyond policy, Biden is unhappy about a pattern that has developed inside the West Wing. He makes a clear and succinct statement — only to have aides rush to explain that he actually meant something else. The so-called clean-up campaign, he has told advisers, undermines him and smothers the authenticity that fueled his rise. Worse, it feeds a Republican talking point that he’s not fully in command.

The issue came to a head when Biden ad-libbed during a speech in Poland that Russian President Vladimir Putin “cannot remain in power.” Within minutes, Biden’s aides tried to walk back his comments, saying he hadn’t called for Putin’s removal and that U.S. policy was unchanged. Biden was furious that his remarks were being seen as unreliable, arguing that he speaks genuinely and reminding his staff that he’s the one who is president.

Biden has vented to aides about not getting credit from Americans or the news media for actions he believes have helped the country, particularly on the economy. Unemployment rates have dropped to below 4 percent — pre-pandemic levels — but polling indicates most Americans believe the economy is in bad shape. Biden grouses that Republicans aren’t getting their share of the blame for legislative gridlock in Congress, while he’s repeatedly faulted for not getting his agenda passed.

The president has also told aides he doesn’t think enough Democrats go on television to defend him. A particular sore spot is his slumping poll numbers; he’s mystified that his approval rating has dropped to a level approaching that of his predecessor, Donald Trump, ranked by historians as one of the worst presidents in history.

“He’s now lower than Trump, and he’s really twisted about it,” another person close to the White House said.

What a lengthy piece about the failure of this man. And remember, Trump’s approval numbers were always unreliable due to endless media assaults. Voters loved his policies, which ushered in peace and prosperity. Businesses were doling out bonus checks to workers. That’s not happening under Biden. Gas wasn’t insanely priced. We could feed our children. Apple repatriated $285 billion during the Trump years. Jobs reports were stellar. Unemployment reached a half-century low under Trump. Consumer and small business confidence reached their highest marks in years. Not under Biden. The man just cannot fill the office. There is nothing that says he’s presidential. He’s just there, disappointing, lacking energy, and with no one having confidence that he can lead. He can’t.

What has this man done for America? He’s been in DC for decades and did nothing. Now, he’s president and is even a bigger non-factor. This guy thought he could coast and look all competent and pretty. Instead, all we got was a tire fire that’s been burning for months. Even the simple stuff looks like a bumbling mess. It looks like it’s hard for him to do. And we still have two more years of this guy.

The fact that he’s shaken by his poll dip is interesting, especially since one of his last pressers he arrogantly said he doesn’t believe the polls. Well, most of the country thinks you suck, Joe. You suck. Your agenda sucks. Your White House sucks. And how much more money have you stashed away from shady deals you did with that crack cocaine degenerate son of yours?

Spencer wrote about the shake-up that could be coming with the senior staff. Katie and Guy both wrote takes on this story yesterday.

Go back to Delaware, Joe, and take mattress queen with you.