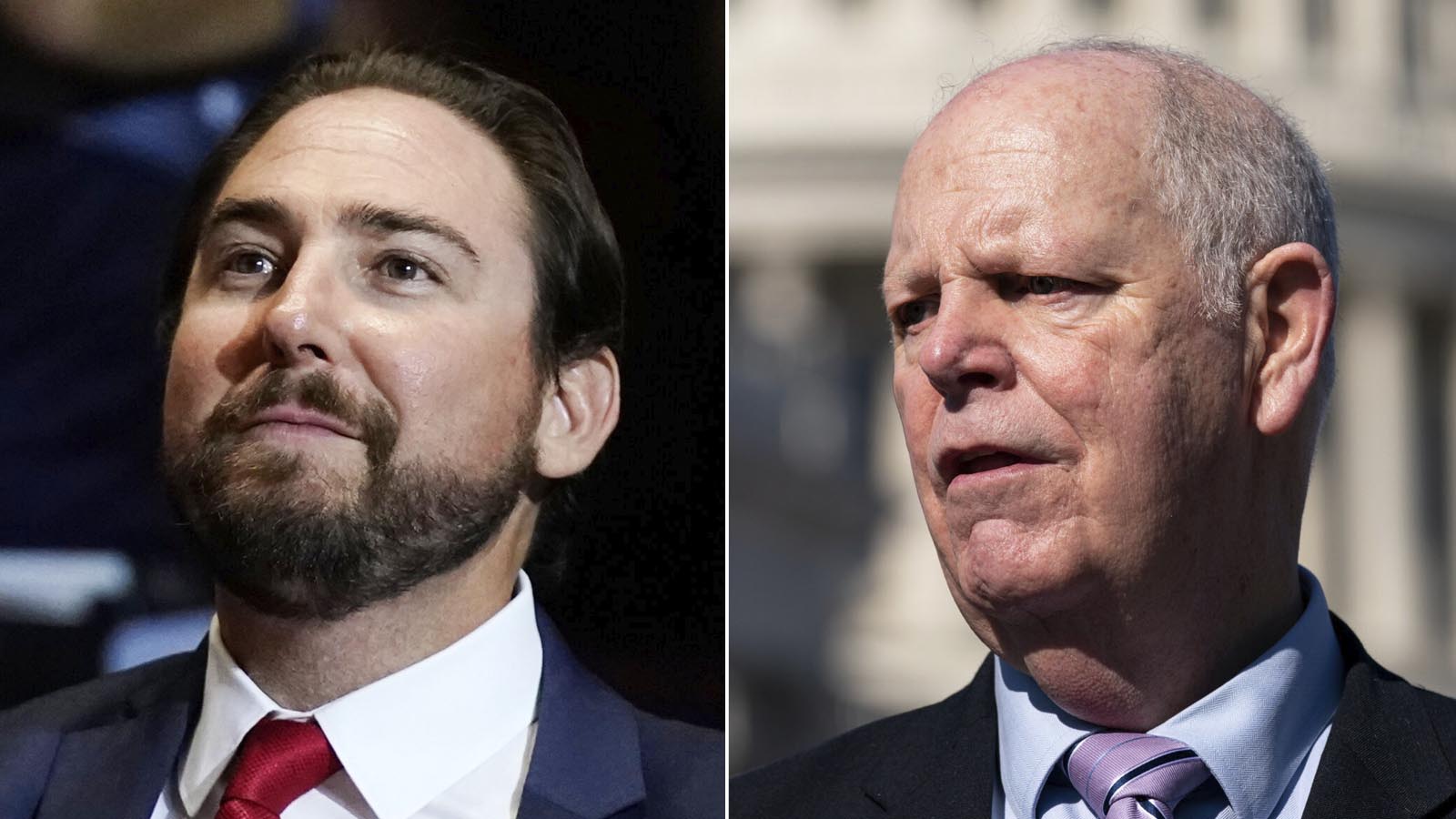 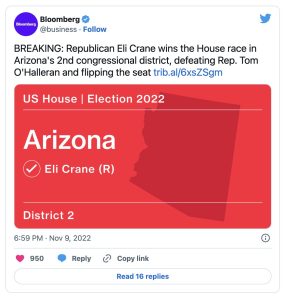 O’Halleran was seeking his fourth term, but faced a redrawn district this year, according to The Arizona Republic.

“The America First movement has sent a clear message tonight to the people of Arizona,” Crane said in a statement after winning the Republican primary for the seat in August, according to The Arizona Republic. “We will not let up until we have taken Arizona and our country back.”

⦿ This seat is flipped from 🔵➡️🔴 pic.twitter.com/UjMVdoK6yR

The site states Crane is a “faith-oriented, family man and is pro-life, pro-second amendment, and unafraid to take a stand against cancel culture and the radical left”

According to the site, Crane had “five war time deployments, three of them to the Middle East with SEAL Team 3 and served our country for 13 years – protecting and defending America’s freedom, way of life, and Constitution.”

“As a Navy SEAL in Iraq, Eli stopped terrorists from wreaking havoc. As your Congressman, he will work tirelessly to stop human traffickers, cartel drug dealers and terrorists from entering our southern border,” the site states.

“There is an invasion on our southern border. Eli believes it’s time we gained operational control of our borders and empower border patrol agents.”

As shocking as this number is it doesn’t paint the full picture for the fentanyl, drugs, MS-13 gang members, members on the terror watch list, and sex trafficking coming in.

As shocking as this number is it doesn’t paint the full picture for the fentanyl, drugs, MS-13 gang members, members on the terror watch list, and sex trafficking coming in.

According to the site, Crane “believes it is every citizen’s personal freedom to decide if they want to get vaccinated. This is fundamental to preserving liberty in the face of tyranny.”

Crane also promised on the site to “fight to ban Critical Race Theory in Arizona’s schools. Our kids should be educated, not indoctrinated” and “fight back against Big Tech’s rampant censorship of free speech.”