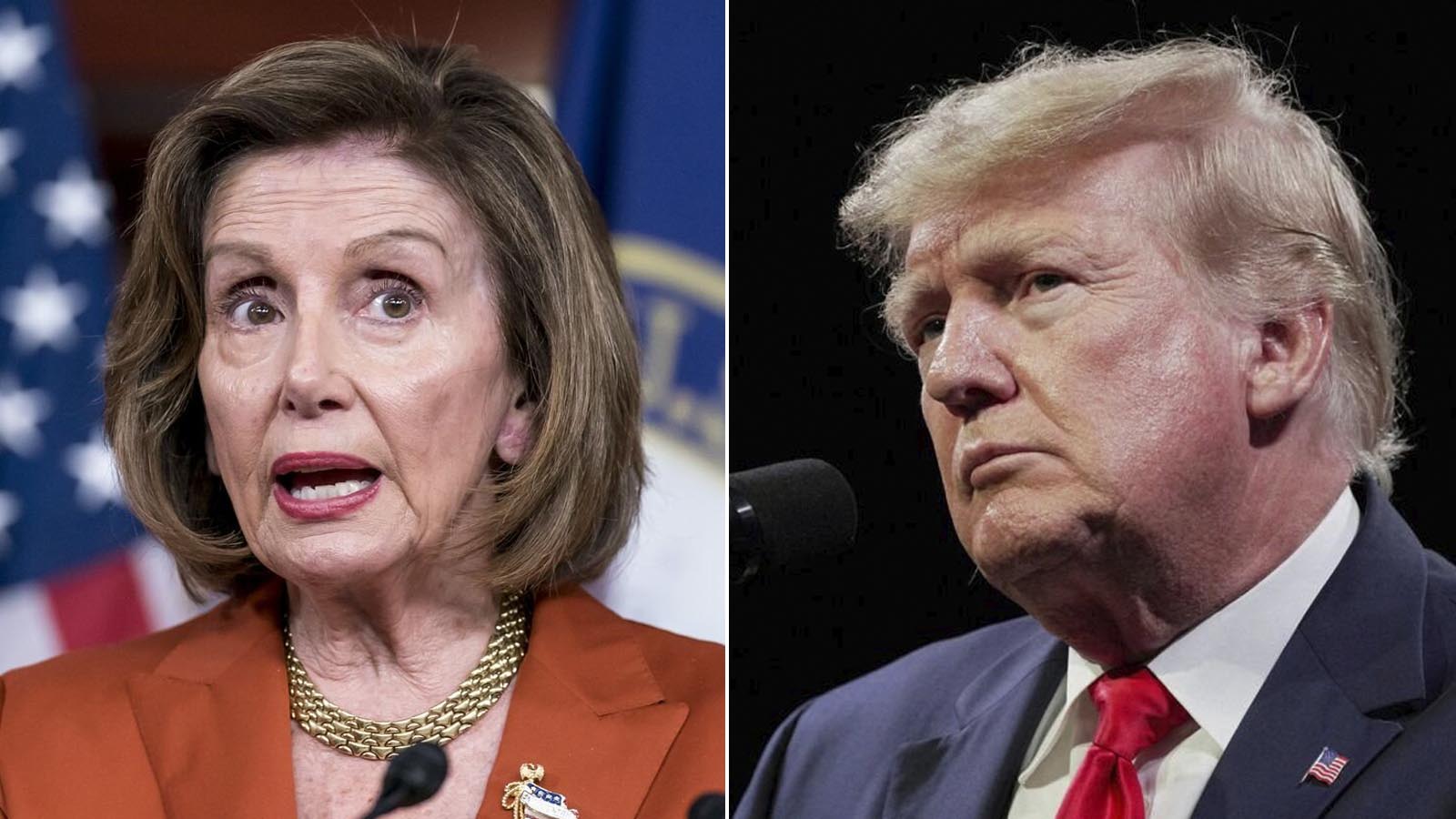 “Do I ever even mention his name? Would I even waste my time talking about him?” she said at her weekly press conference at the U.S. Capital on Thursday, referring to the 45th president as “the former occasional occupant of the White House.”

“I don’t speculate on who’s running in 2024,” said Pelosi, before ultimately noting that a potential second Trump presidential run, which appeared to cause the House speaker some disquiet, was “up to the Republicans to figure out what impact it may have on them.”

Join me live at the U.S. Capitol for my weekly press conference. https://t.co/Sg05UBtlpJ

The news of a possible Trump run in 2024 comes at a time when young Democrat voters are turning against President Joe Biden, declaring they don’t want him to be the Democratic nominee in 2024, according to a New York Times poll.

Four months out from the 2022 midterms, Democrats are facing an uphill battle largely due to the impact of growing inflation and sky-high gas prices on Americans’ wallets.

Pivoting somewhat, Pelosi declared that her party has “no intention” of losing the House or the Senate in November.

“We are mobilized. We are fortified. We have great candidates,” she said.

“Our country is at risk. Our democracy is at risk. But what we are campaigning on are the kitchen table issues that affect America’s working families. So they know the difference between a Democratic and Republican administration,” she added.

During an interview with New York Magazine, Trump teased that he had made a decision on a 2024 presidential run but hadn’t yet chosen the right time to announce it.

Trump indicated he was mulling over whether to announce his decision before or after the 2022 midterms.

“I feel very confident that, if I decide to run, I’ll win,” he said.

Florida Governor Ron DeSantis has emerged as a popular contender, and possible competitor for the Republican nomination, although he has not indicated if he plans to run.

Trump has acknowledged DeSantis’ eligibility, ultimately noting that he believes he would beat the Florida governor.

“I don’t know if Ron is running, and I don’t ask him. It’s his prerogative … I think I would win,” Trump told The New Yorker in June.

Trump will return for his first public appearance in Washington since he left office in January 2021 to give the keynote address American First Agenda Summit on July 25.

According to analysts and pollsters, support for Biden is waning amongst some left-wing news outlets and Democrat voters.

A June Gallop poll revealed that as of May, Biden’s job approval rating as well as “three other key national mood indicators” were “well below the historical averages measured in past midterm election years.”

“On their own, those numbers would all predict a greater-than-average loss of seats for the Democratic Party this fall,” Gallup said.

In addition, only 25 percent of Democrat voters want Biden as the presidential nominee in 2024, according to a survey published by the New York Times on its front page on July 11.

In an interview with The Hill, Connor Farrell, a strategist who founded the Democrat-aligned group Left Rising, said the “best general election candidates will be bold [ones] that can distinguish themselves from what we’re getting from the White House.”

Jon Reinish, managing director at the political strategy firm Mercury, told the outlet that Democrats were “losing their own voters.”

Democrat strategist Jessica Tarlov told Fox News on July 10 that she wasn’t “holding out hope that Biden’s approval rating can improve all that much.”

“Gas prices have started to drop, but inflation remains high, and survey after survey shows that Americans are principally concerned with their economic situation. Another [Federal Reserve] rate hike is on its way, which isn’t bound to make things better in the short term for voters,” she said.

Typically, the party of the president tends to lose seats in the midterm elections, and Democrats have narrow majorities in both the Senate and House.