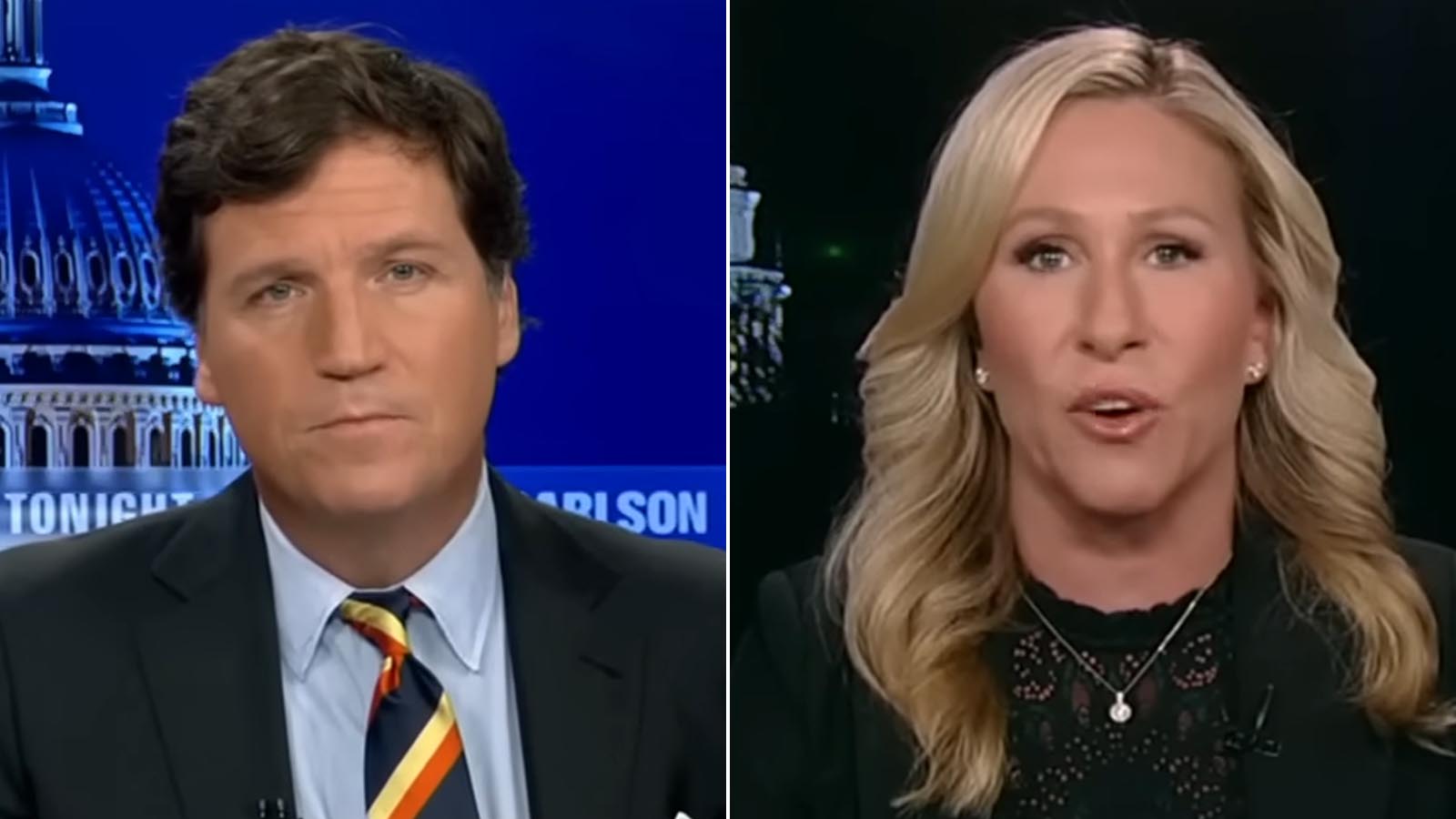 Rep. Marjorie Taylor Greene (R-GA) told Fox News host Tucker Carlson on Monday she will be introducing legislation to label Antifa as a domestic terrorist organization in the aftermath of a recent riot in Atlanta over the weekend.

The riot on Saturday was in response to Georgia police killing an anti-police protester who shot a state trooper who was clearing a nearby forest that is being occupied to prevent construction of a new police training facility. Businesses were attacked and a police car was set on fire. Six people were arrested, with all be charged with domestic terrorism.

“America is sick and tired of Antifa. Look at what they’ve done over years now, just from 2020, they’re responsible for nearly $2 billion in damage and many people dead. But the war is against the police. The reason why is because Antifa is the ground troops of the Democrat Party. Not only are they the ground troops, they breed them, they raise them. And then they bail them out of jail when they get arrested. They never get prosecuted,” Greene said.

“That’s why I’m going to introduce legislation to declare Antifa domestic terrorists because they need to be taken apart. We need to investigate exactly who they are, who funds them, and then we need to make sure whenever they come out and erupt in violence, attacking police officers and businesses and cities, like my city…we need to make sure they’re arrested and charged with domestic terrorism charges,” Greene continued. 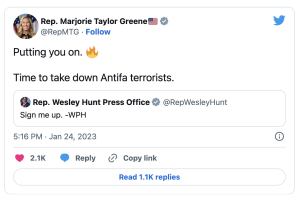