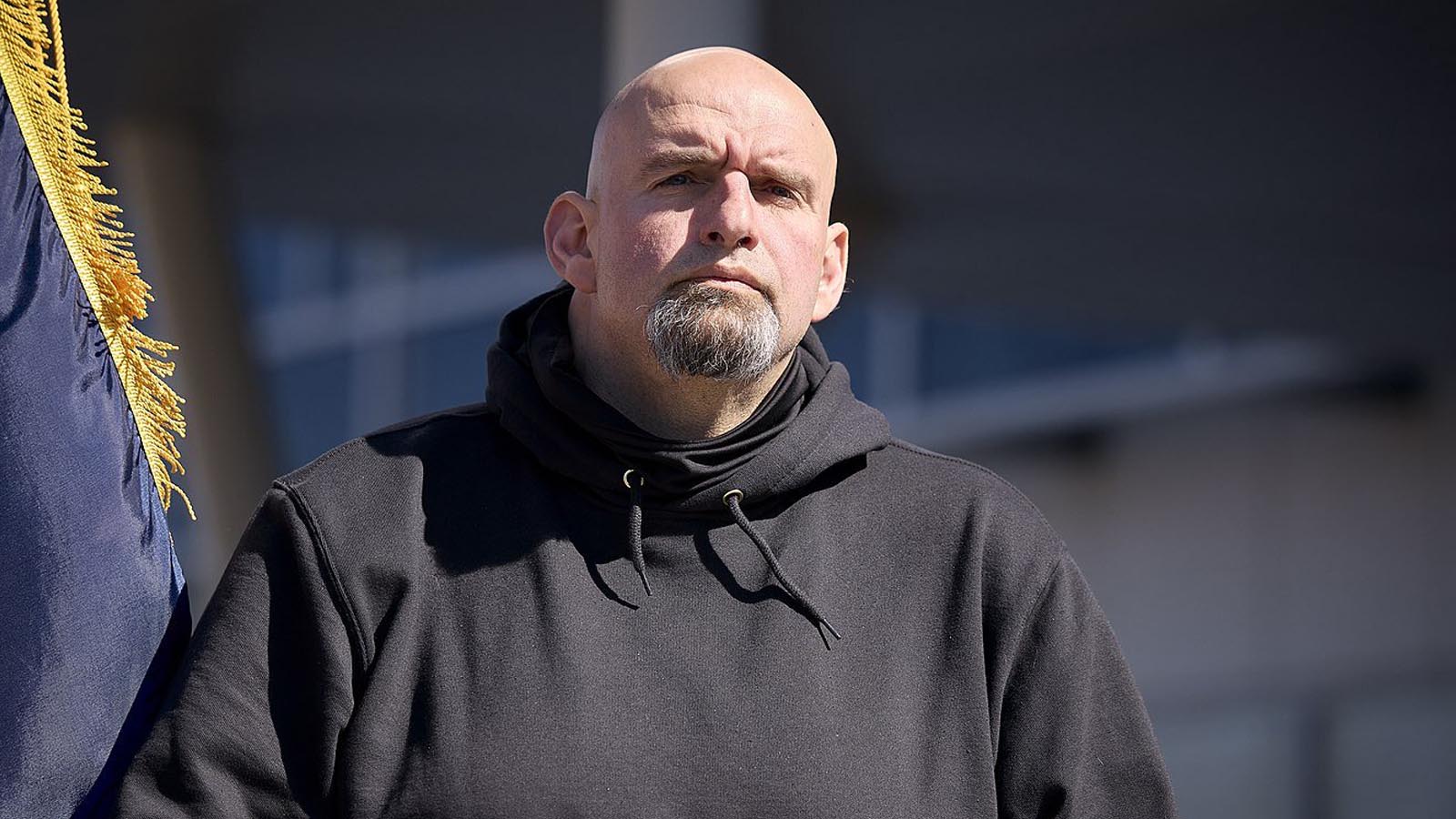 NBC reporter Dasha Burns recently sat down with Democratic U.S. Senate hopeful and Pennsylvania Lt. Governor John Fetterman for an interview and revealed how damage from a stroke continues to greatly affect his ability to speak and understand questions.

John Fetterman apparently needs a massive Apple desktop up to transcribe in real time what people are saying to him. 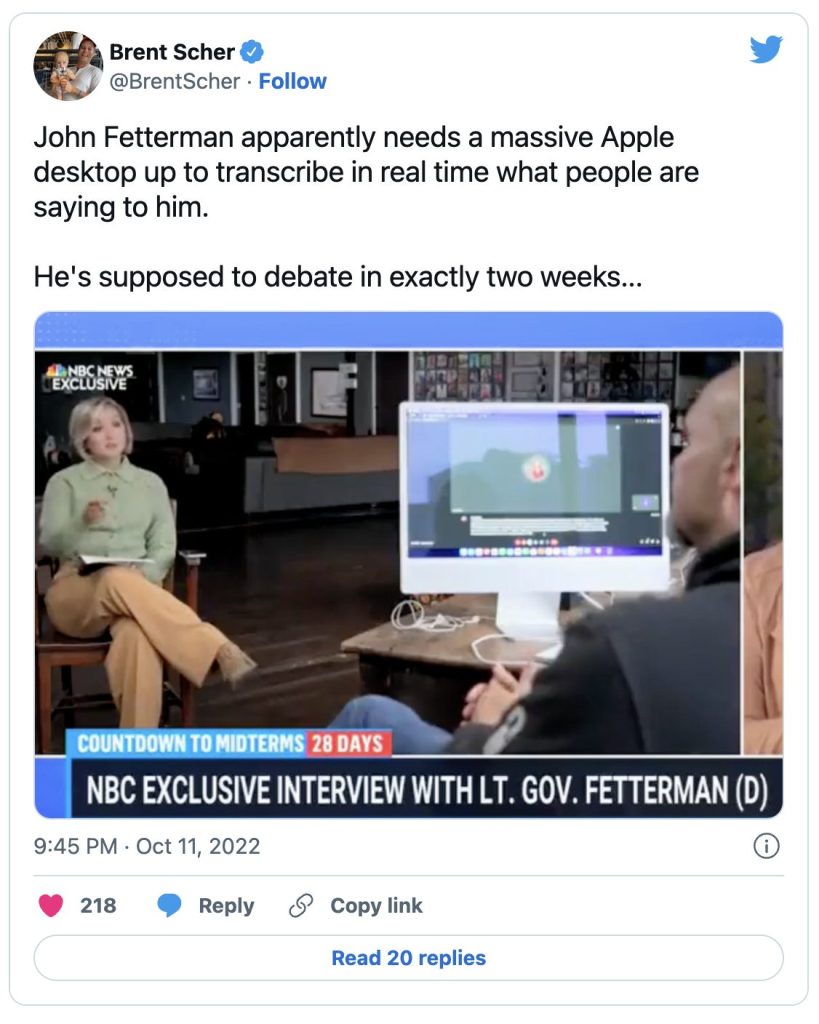 Fetterman has been largely absent from the campaign trail and rejected a number of invitations from Republican opponent Dr. Mehmet Oz to debate. Fetterman finally agreed to a debate in two weeks only after early voting is well underway.

In September, Oz released his medical records. Fetterman, who misled voters over the summer about the status of his health when he “nearly died,” has refused to do the same.

“It was a pleasure to see you for a check up on 9/22/22. You report overall excellent health. On exam here, your blood pressure was in the normal range at 102/70. Your weight (182 pounds) is at the upper normal range for your height, giving you a body mass index, BMI or ratio of weight to height, of 25 (ideal BMI range is 19-24).

The rest of your exam was fine. Your prostate exam is normal. Your electrocardiogram was normal. Urine testing in the office was negative for blood, protein, glucose, and signs of infection,” Dr. Rebecca J. Kurth, who conducted the exam, wrote in a detailed letter.