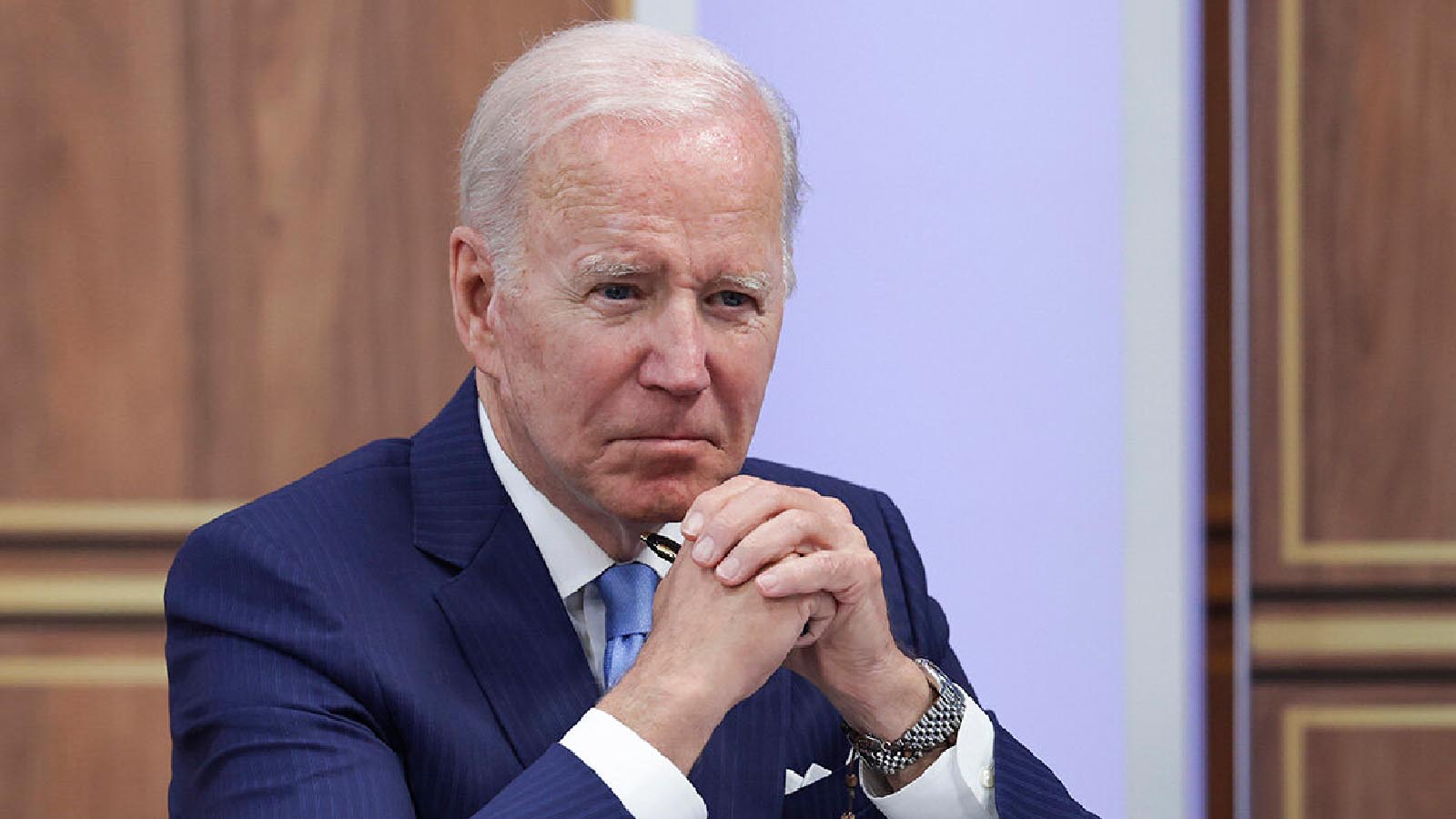 President Biden’s job approval rating has reached a new low, according to RealClearPolitics tracking, slipping below 40% for the second time since he entered office.

Interestingly, as MorningConsult.com reports, Biden’s diminishing standing should be alarming to Democrats working to hold control of Congress in the midterm elections this fall.

While Biden’s decline has not yet dragged down approval for most Democratic incumbents on the Senate side of the aisle, studies have shown an increasing association between a party’s House performance and their president’s job approval rating.

Perhaps that is why, as The Epoch Times’ Katabella Roberts reports, a number of key staff members of the White House press office have left their roles in the past week amid reports of tensions behind the scenes.

Mike Gwin, who has been the White House rapid response director since January 2021, will depart to become the deputy assistant secretary for public affairs at the Treasury Department, White House press secretary Karine Jean-Pierre announced on Tuesday.

“On a sad note, our dear friend and colleague, Michael Gwin, will be leaving us for Treasury, where he will serve as Deputy Assistant Secretary for Public Affairs,” Jean-Pierre said during a press briefing while praising Gwin for “responding to the most challenging and difficult issues imaginable” during his time in the press office.

“Yet, amidst these often emotionally-wrenching stories, Gwin’s poise and moral clarity are unfailing, and his willingness and ability to step up has made him an indispensable member of the team,” she continued.

“And joining Gwin at the Treasury Department will be our very own Michael Kikukawa, where he will serve as a spokesperson,” she said.

“Michael, better known here to all of you, to all of us as ‘Kiku,’ has served not just as a press assistant but as the strong engine and reliable engine at the press shop. His relentless work ethic and dedication to the mission of this team have been second to none.”

Last week it was announced that assistant press secretary Vedant Patel is also leaving the White House to become principal deputy spokesperson at the State Department.

The following day, Jean-Pierre confirmed that press office chief of staff Amanda Finney would move to the Energy Department to become deputy director of public affairs.

In May, MSNBC announced that it officially hired former White House press secretary Jen Psaki after she departed the Biden administration on May 13.

Psaki is set to host her own show which is scheduled to debut sometime during the first quarter of 2023 and will “bring together her unique perspective from behind the podium and her deep experience in the highest levels of government and presidential politics,” the network said Tuesday in a statement while touting her “extensive experience in government and on the campaign trail.”

The departures come amid reports of tensions in the White house between staffers who are allegedly scrambling to improve Biden’s image ahead of the midterm elections.

The Washington Post reported that Biden had complained for weeks to his aids that “his administration was not doing enough to publicly explain” sky-high inflation levels.

A string of other news outlets reported similar frictions in office, including Politico, which stated that at least 21 black staff members have exited the White House since late last year or are planning to leave soon.

The reports come after more than a dozen top aides have in the past 12 months left the office of Vice President Kamala Harris, who has been noticeably absent from the spotlight since taking up her role and has faced criticism for her handling of certain situations, such as the U.S.–Mexico border crisis.

White House officials have pushed back on the narrative of friction behind the scenes, stating that routine job shuffling is normal.

“The president is incredibly proud to have built what continues to be the most diverse White House staff in history, and he is committed to continuing historic representation for Black staff and all communities,” Jean-Pierre said in a statement to Politico. “This is a normal time for turnover across the board in any administration and Black staff have been promoted at a higher rate than staff who are not diverse.”