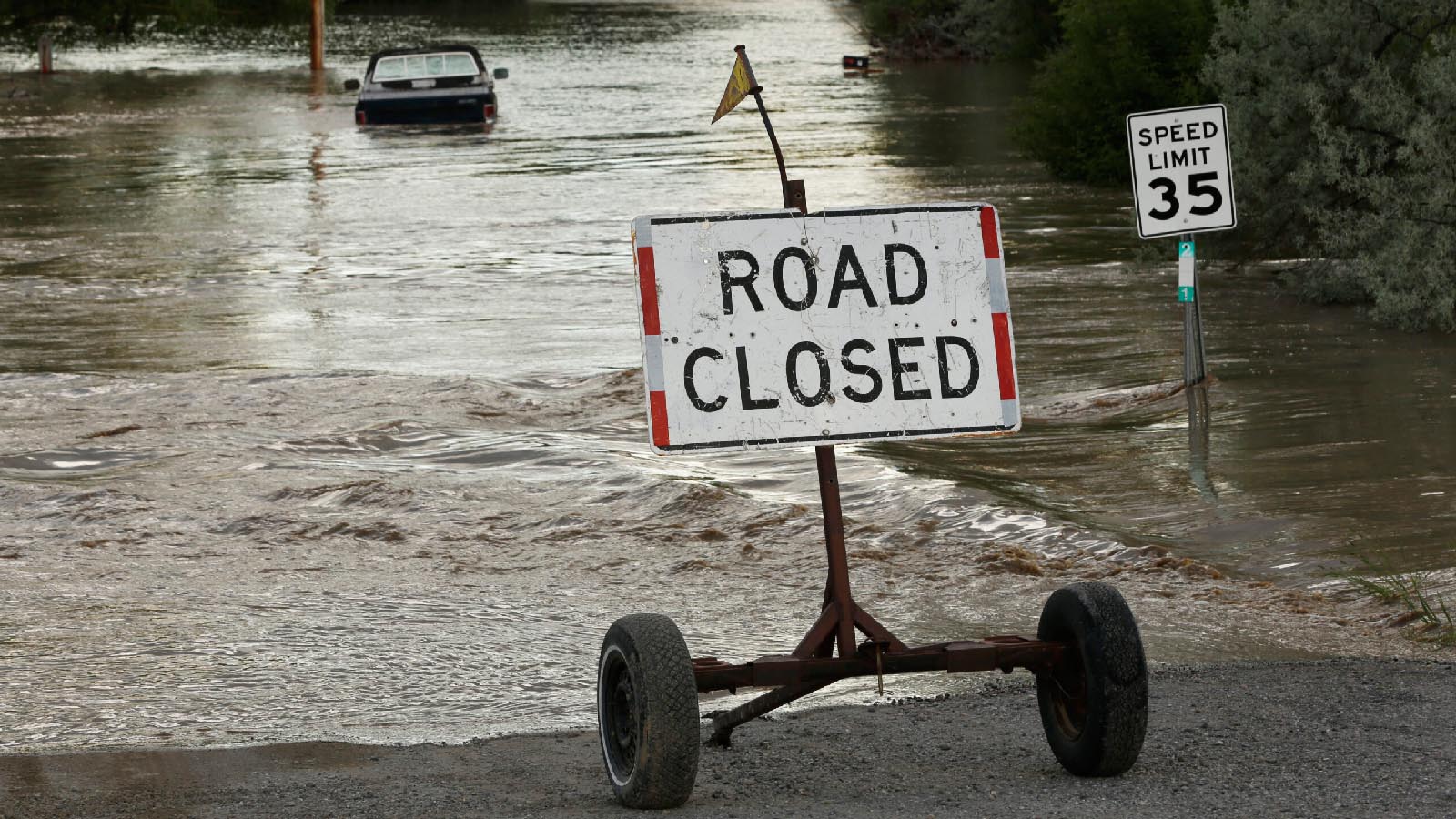 Emergency crews scrambled on Tuesday to reopen roads and restore utility service in isolated communities of Montana and Wyoming cut off by historic floods that forced the first summertime closure of Yellowstone National Park in more than three decades.

The Governor of Montana, Greg Gianforte, declared a statewide disaster, with rescue and relief efforts focused in three counties following days of record rainfall that triggered unprecedented flooding, mudslides and rockfalls in the greater Yellowstone region.

Gianforte said in a statement that rapid snowmelt and recent heavy rains have brought ‘severe flooding that is destroying homes, washing away roads and bridges, and leaving Montanans without power and water services.’

‘I have asked state agencies to bring their resources to bear in support of these communities,’ he said.

The upheaval followed one of the region’s wettest springs in many years and coincided with a sudden spike in summer temperatures that has hastened runoff of melting snow in the park’s higher elevations from late-winter storms.

Videos shot by shocked locals and bystanders captured the devastating effects of the severe weather, including a home that was swept away by surging floodwaters on the banks of the Yellowstone River, a bridge collapse, and cars on a mountain pass narrowly being missed by falling rocks dislodged by the storm.

Record flooding and rockslides prompted park officials on Tuesday to close all five entrances to Yellowstone to inbound traffic for the first time since catastrophic wildfires roared through the area in 1988.

The park could remain closed as long as a week, and northern entrances may not reopen this summer, Superintendent Cam Sholly said.

‘The water is still raging,’ he said, who said more wet weather was forecast this weekend that could cause additional flooding.

Authorities were also working evacuate stranded visitors from the park, which is expected to remain closed at least through mid-week.

At the request of local law enforcement agencies, the Montana National Guard sent helicopters to assist in search and rescue efforts in the small towns of Roscoe and Cooke City.

The only road out of Gardiner, home to approximately 900 people, including many park employees, was partially cleared Tuesday, after multiple rockslides and washouts had isolated the community. Residents and visitors were allowed out, while only delivery and emergency traffic was allowed in.

Floodwaters along the Yellowstone River were nearly a meter higher than their previous record highs measured more than a century ago, according to the National Weather Service.

Officials were still seeking to assess the condition of roads and bridges that wind through Yellowstone park and around Yellowstone Lake, the largest alpine lake in North America.

Covering a surface area of 132 square miles, an area roughly the size of Las Vegas, the lake is fed by more than 141 rivers and streams, with its only outlet flowing north into the Yellowstone River.

The winding North Entrance Road between Gardiner and park headquarters in Mammoth Hot Springs, Wyoming, was carved away in multiple places by surging floodwaters – washouts that will likely take months to fully repair.

Many of the Montana communities hit hardest by the flooding rely heavily on summer tourism, and were gearing up to celebrate Yellowstone’s 150th anniversary this year, with travel officials counting on a rebound following COVID-19 restrictions over the past two summers.

More than 10,000 visitors were ordered out of Yellowstone as unprecedented flooding tore through the northern half of the nation´s oldest national park. Remarkably, no one was reported injured or killed.