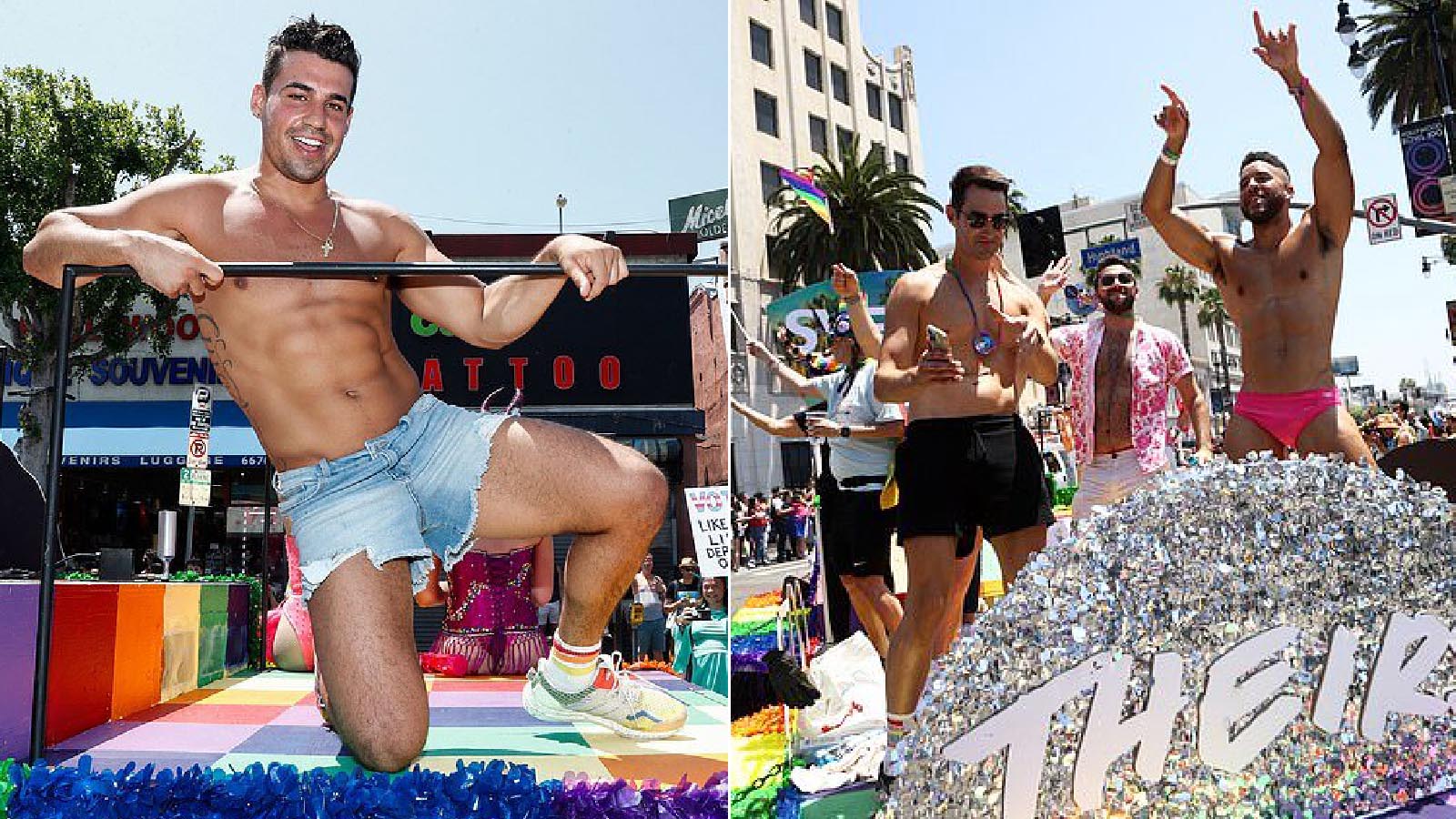 ‘Anyone can get and spread monkeypox, but some of the recent cases identified have been among gay, bisexual, and other men who have sex with men who attended large events where the exposure to monkeypox may have occurred,’ said Los Angeles Department of Public Health in a statement.

The warning comes after a month of Pride celebrations in the city that included Pride in the Park on June 11, a concert that attracted over 20,000 people and included a performance from Christina Aguilera as well as the city’s parade which occurred on June 12.

According to the Los Angeles Times, thousands of people lined the city’s streets to celebrate the return of the parade following a two-year hiatus due to Covid-19.

As of June 2, there were just three cases of monkeypox in all of California, NBC News said at the time.

There are now 51 reported monkeypox cases in California and 199 cases nationwide, according to the CDC.

LA is now offering the JYNNEOS vaccine to ‘individuals at a higher risk of monkeypox.’

JYNNEOS is a vaccine used to treat smallpox and monkeypox that was first approved for use in the US by the Federal Drug Administration in 2019.

New York City began a rollout of the vaccine in preparation for their Pride celebrations this past Thursday. There are 35 reported cases in New York state.

Most early cases in the US were in people who had just returned from traveling abroad. But the disease has spread quickly, especially among gay men.

Worldwide, health officials have already warned that there is a spike in monkeypox cases in male gay and bisexual communities.

Monkeypox — native to West Africa — has now been detected more than 3,000 times across 40 countries where it is not typically found this year.

The tropical disease is primarily spread through physical contact with infectious rashes, but in rare cases it can also be transmitted through ‘sustained’ face-to-face contact.

Many patients have rashes on their genital area and anus as a first warning sign, before the disease spreads to the rest of the body.

It can take up to four weeks to get better from the disease, with most cases being mild and clearing up on their own.

Someone remains infectious until their rashes have scabbed over and eventually fallen off.

In May 2022, Andy Seale, a strategies adviser with the World Health Organization, was quoted as saying that it’s important for people to celebrate Pride events as normal.

He said: ‘It’s important that people who want to go out and celebrate gay pride, LGBTQ+ pride, to continue to go and plan to so.’

Seale also said: ‘Given that this is not a gay disease, the transmission routes are common to everybody. The advice is pretty much the same for all people.’

Also in May 2022, Dr. David Heymann, who formerly headed WHO’s emergencies department, told The Associated Press that the leading theory to explain the spread of the disease was sexual transmission at raves held in Spain and Belgium.

‘We know monkeypox can spread when there is close contact with the lesions of someone who is infected, and it looks like sexual contact has now amplified that transmission,’ said Heymann.

This week, WHO stopped short of declaring Monkeypox a global health emergency but did say that the situation would be reviewed again next month.

WHO Director-General Tedros Adhanom Ghebreyesus said he was deeply concerned about the outbreak.

‘I am deeply concerned about the monkeypox outbreak, this is clearly an evolving health threat that my colleagues and I in the WHO Secretariat are following extremely closely,’ Tedros said.