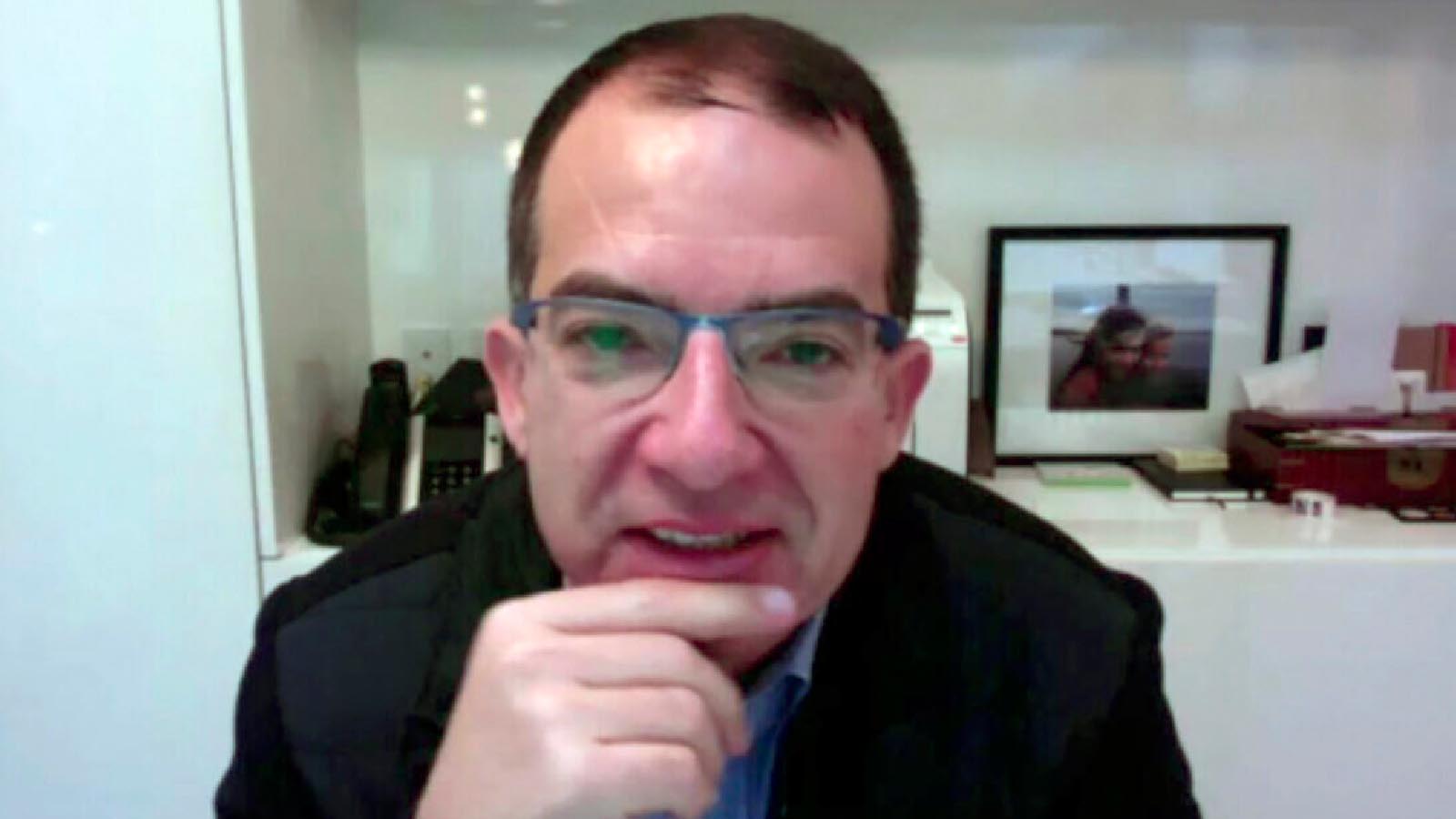 The CEO of pharmaceutical and biotechnology company Moderna, Stéphane Bancel, said the company is having to “throw away” millions of doses of COVID-19 vaccines because “nobody wants them.”

Bancel made the comments during an appearance at the World Economic Forum on Monday, while noting his concerns over the lack of people getting vaccinated and waning immunity among those who have had the shots but declined to get boosters.

“It’s sad to say, I’m in the process of throwing 30 million doses in the garbage because nobody wants them. We have a big demand problem,” Bancel said.

The Moderna chief explained that his company has contacted a number of governments across the globe to see if anyone wants to take the vaccines but it has proven unsuccessful.

“We right now have governments—we tried to contact … through the embassies in Washington. Every country and nobody wants to take them,” he said. “And so the challenge we have right now is very different to the one we had two years ago.”

“The issue in many countries is that people don’t want vaccines,” Bancel added, while referencing populations in countries like China and the United States.

Bancel’s comments come as Moderna is set to release its “superior” Omicron- and subvariant-specific COVID-19 vaccine booster by the fall.

Moderna Chief Medical Officer Paul Burton told CBS earlier this month, “We are confident that by the fall of this year, we should have large amounts of that new booster vaccine that will protect against Omicron and other variants, and really protect Americans and people around the world as we go into the fall of 2022.”

However, deaths from COVID-19 have declined in recent months while hospitalizations remain relatively low. Meanwhile, COVID-19 vaccines have remained a polarizing topic amid reports of adverse effects.

In recent months, a string of European countries have found themselves stuck with vaccines that they simply cannot use because of a lack of demand, while tighter finances in the aftermath of the war in Ukraine mean some nations simply cannot afford to purchase more. Those nations are now looking to amend their contracts with producers including Pfizer, Bloomberg reported.

During a virtual meeting with health officials from EU members nations including Poland, Slovakia, Romania, Bulgaria, Luxembourg, Finland, and others, organized by Polish Health Minister Adam Niedzielski on May 18, officials agreed to write a joint letter to the European Commission regarding the need to renegotiate the vaccine contracts.

“We hope that the discussion with the commission and among member states will allow flexibility in the vaccine agreements,” the joint letter states, adding, “We are also counting on vaccine producers to show understanding to the exceptional challenges that Poland is facing supporting Ukraine and giving shelter to millions of Ukrainian citizens fleeing the war.”

In a separate letter to commission President Ursula von der Leyen in April, the prime ministers of Estonia, Latvia, and Lithuania noted that vaccines are still being delivered to the Baltic states and other member states despite dwindling administration.

“This puts pressure not only on logistics networks and storage but also has budgetary implications,” the presidents wrote.

Negotiating with the vaccine manufacturers in an effort to amend deals with suppliers could grant member states the right to “re-phase, suspend, or cancel altogether vaccine deliveries with short shelf life,” they noted.

Meanwhile, in another letter, the health ministry of Bulgaria called for an “open dialog” with the commission and pharmaceutical companies, pointing to the fact that the current arrangement leaves member states forced to “purchase quantities of vaccines they don’t need.”