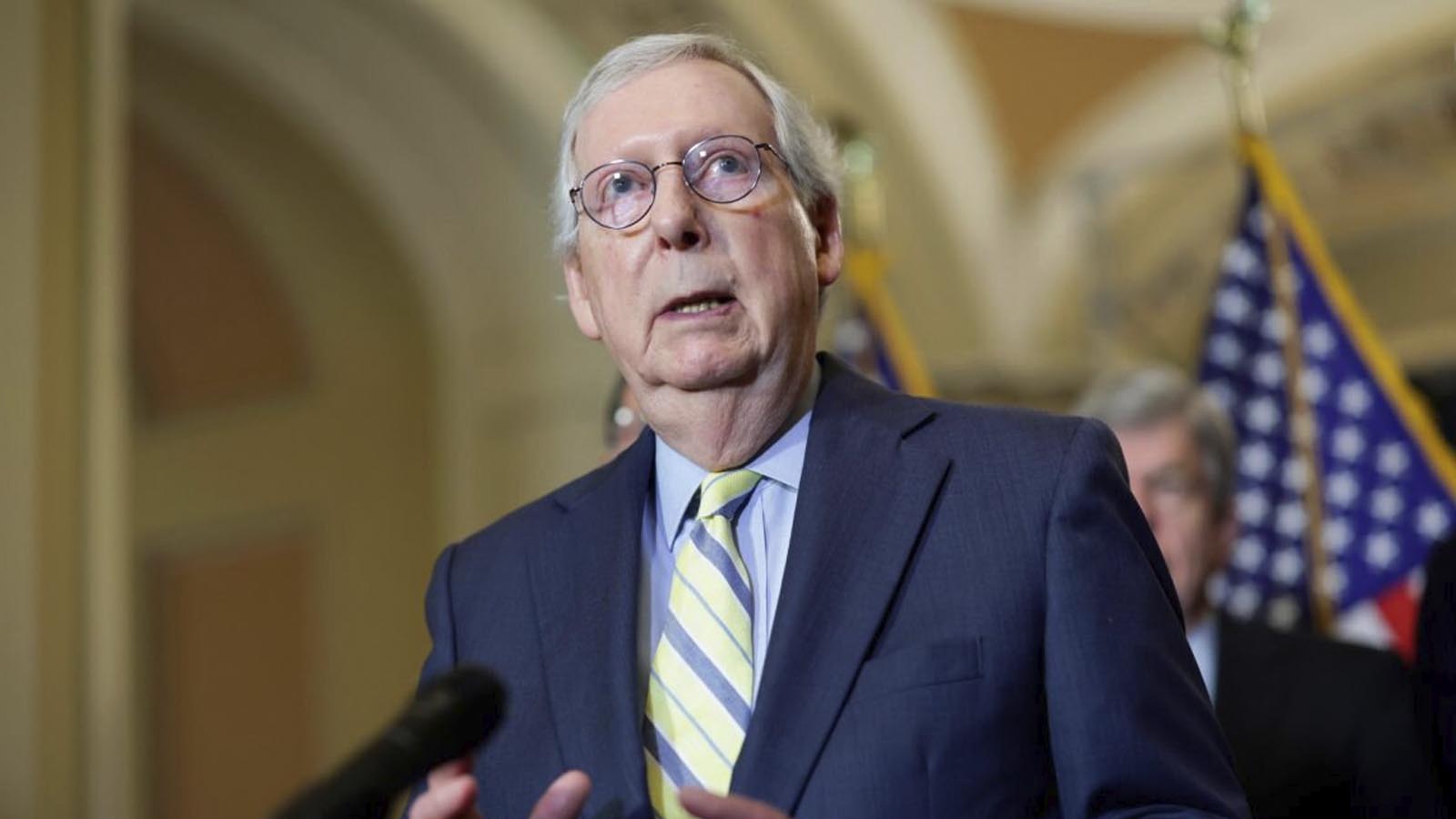 “I think there’s probably a greater likelihood the House flips than the Senate. Senate races are just different, they’re statewide, candidate quality has a lot to do with the outcome,” McConnell told reporters, according to Frank Thorp V of NBC News. 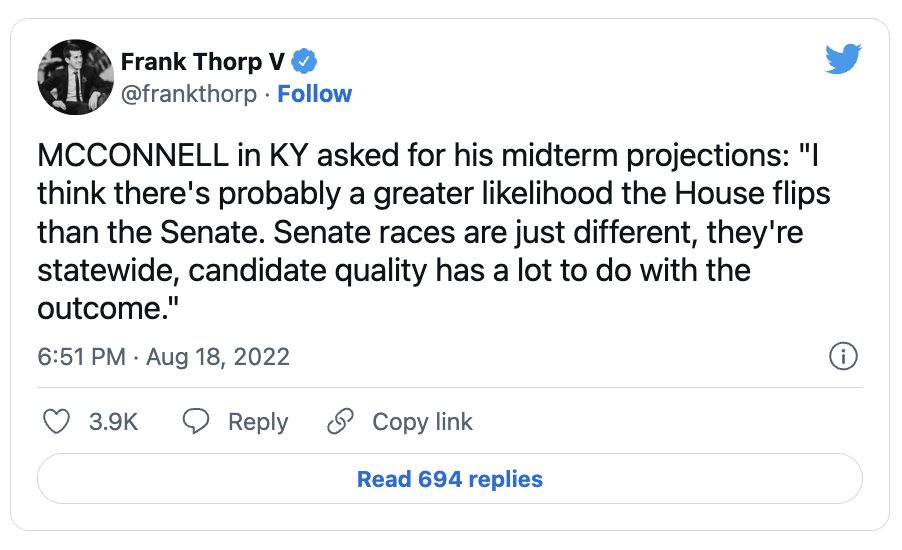 Although redistricting is expected to net Republicans the five seats necessary to take back the House of Representatives, elections analysts have downgraded the GOP’s chances at retaking the upper chamber amid a series of weak polls and anemic fundraising numbers.

Republicans received good news Wednesday with the release of an Emerson College poll showing JD Vance leading Rep. Tim Ryan by three points in Ohio. Ryan has significantly out-raised Vance, both in- and out-of-state, following a bruising seven-candidate GOP primary. Previous polls had shown Ryan leading by as few as three points and as many as eleven.

In contrast, Cook Political Report with Amy Walter downgraded Republicans’ chances at keeping the seat currently held by retiring Pennsylvania Sen. Pat Toomey. The handicapper moved the race to “lean Democrat” after ranking Pennsylvania as a “toss-up.” Republican nominee Mehmet Oz has not lead a single poll, trailing Democratic Lt. Gov. John Fetterman by as many as 18 points.

McConnell has feuded with National Republican Senatorial Committee chairman Rick Scott of Florida over campaign strategy. Scott released an eleven-point plan outlining GOP policies if they take back Congress, which McConnell blasted as not “part of the Republican Senate majority agenda.”