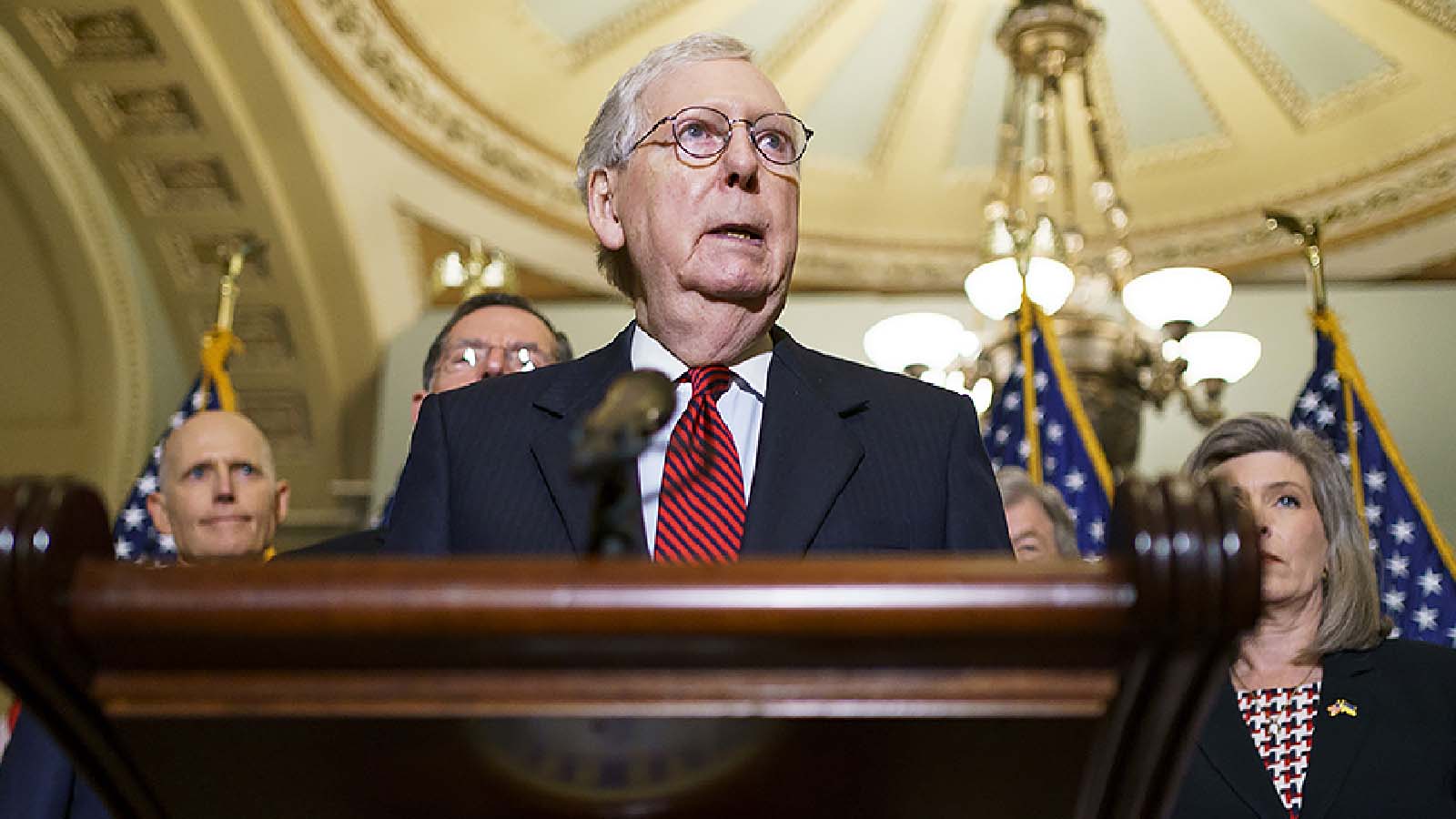 Senate Minority Leader Mitch McConnell announced that he is in support of a bipartisan framework on gun safety and would likely vote for legislation that reflects the framework.

This announcement makes McConnell the 11th Republican to voice support for the bipartisan framework on gun safety that has been under negotiation for the past several weeks, The Hill reported.

“For myself, I’m comfortable with the framework and if the legislation ends up reflecting what the framework indicates, I’ll be supportive,” McConnell told reporters.

“If this framework becomes the actual legislation, it’s a step forward,” McConnell added.

The bipartisan framework negotiations were headed by Republican Sen. John Cornyn of Texas and Democratic Sen. Chris Murphy of Connecticut.

According to this initial framework, funding would be provided to states to implement laws to keep guns out of the hands of those deemed a danger to themselves or others.

The proposal would also provide money to improve school security as well as billions of dollars for community mental health centers.

There would also be a crackdown on illegal gun trafficking.

Additionally, the framework also calls for giving the national criminal background check system access to juvenile criminal records of anyone buying a gun if they are between the ages of 18 and 21.

However, the proposal does not raise the age for buying AR-15-style rifles, which is something many Democrats pushed.

The Republican support behind the framework means that any resulting legislation will likely have enough votes to overcome a filibuster.

The push for gun safety legislation and laws comes in the aftermath of recent mass shootings that took place at an elementary school in Uvlade, Texas, and at a supermarket in Buffalo, New York.

Weeks of negotiations have been underway and there was finally an announcement on June 12 that the team of 10 Democratic and 10 Republican senators had reached a deal for a framework for legislation, WTKR News reported.

McConnell said that he believes passing a bill to respond to these shootings would show Americans “that we can come together, which we have done from time to time on things like infrastructure and postal reform, to make progress for the country.”

Though McConnell and other Republicans support the gun safety framework and it looks like it will be enough to overcome a filibuster, the possible legislation could still face an uphill battle.

“A big question is how hard the National Rifle Association (NRA) and other gun rights groups will lobby against the legislation and whether they will downgrade the ratings of Republican senators who vote for it,” The Hill reported. “Many of the Republicans who signed on to the bipartisan proposal unveiled Sunday have “A-plus” or “A” ratings from the NRA, which hasn’t yet taken a stance on it.”

The NRA announced in a statement that it will reveal its position until the full text of a bill is available.

“We will make our position known when the full text of the bill is available for review,” the NRA said in a statement, The Hill reported.

“The NRA will continue to oppose any effort to insert gun control policies, initiatives that override constitutional due process protections and efforts to deprive law-abiding citizens of their fundamental right to protect themselves and their loved ones into this or any other legislation,” the group said.

However, Cornyn has said that he hopes the Republican coalition and support behind the gun safety framework will remain strong, even if there is pushback.

“We want broad support from anybody who will give it, because that will help us build the vote, but I don’t think any single organization will control the outcome,” he said.