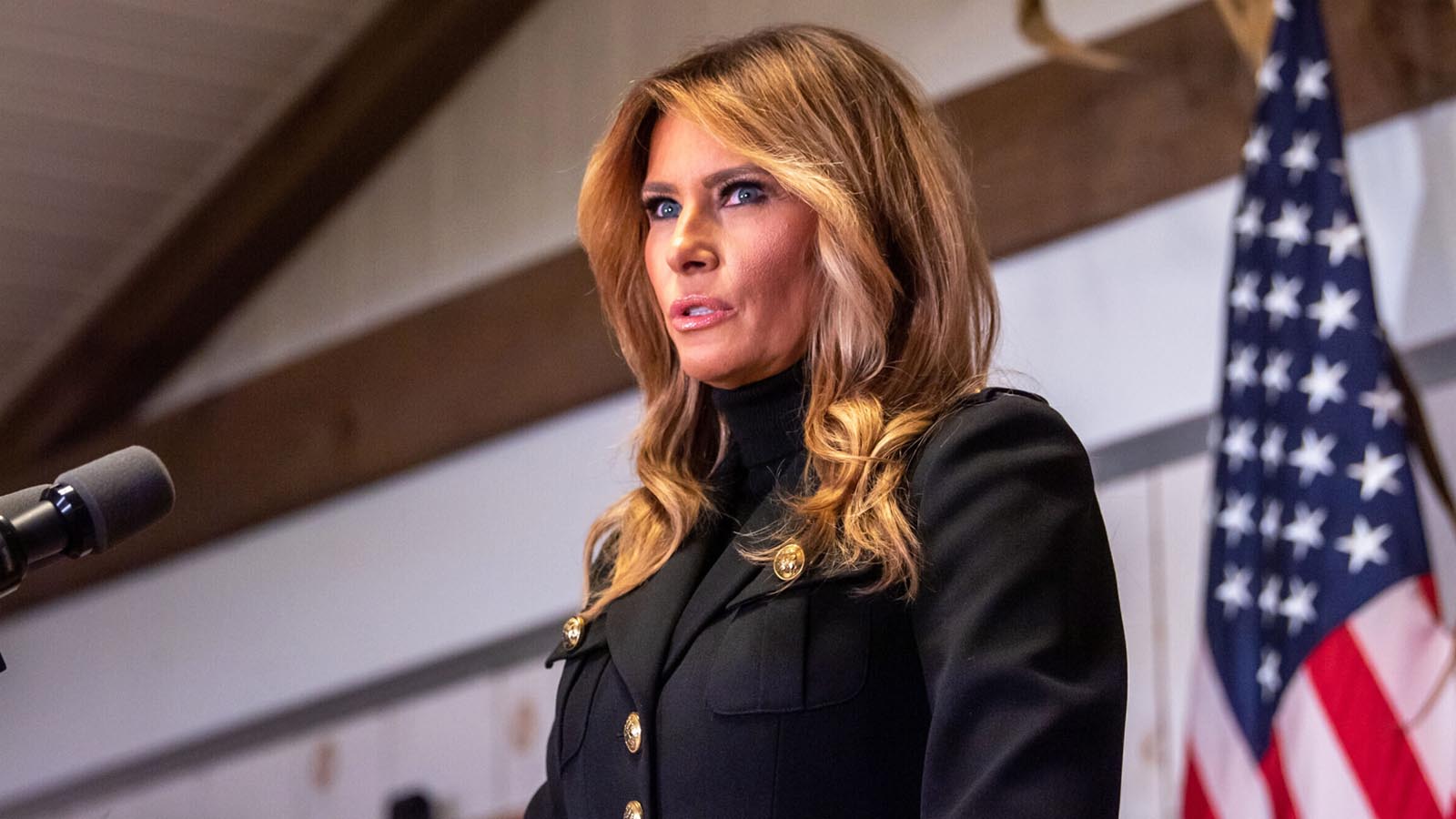 Former first lady Melania Trump breaks her silence on the January protests at the U.S. Capitol for the first time.

In an interview with Fox News, Trump said she was “fulfilling” her official duties as the first lady during the infamous events that day.

“On January 6, 2021, I was fulfilling one of my duties as First Lady of the United States of America, and accordingly, I was unaware of what was simultaneously transpiring at the U.S. Capitol Building,” Trump said.

Her comments follow after her former Chief of Staff Stephanie Grisham alleged that Trump did not immediately sign off on a statement condemning the protests.

Trump hit back at Grisham saying that had she known the event was happening that day at the Capitol, she “would have immediately denounced the violence.”

The former first lady suggested that Grisham neglected her role, not only on January 6 but as Trump’s Chief of Staff as well.

“In fact, Ms. Grisham failed to provide insight and information into the events surrounding January 6 as she had abandoned her post in Washington, D.C….shamefully, this behavior has only partially become public knowledge; yet was consistent for Ms. Grisham,” Trump said.

Despite noting Grisham’s latest betrayals, which she believes is a “last-ditch attempt to resuscitate her ruined career and reputation,” Trump said she welcomed Grisham back to the East Wing after her failed attempt as White House press secretary, adding that she has always been very supportive of her former Chief of Staff.

“Do you want to tweet that peaceful protests are the right of every American, but there is no place for lawlessness & violence?” Grisham reportedly texted Trump, to which Trump allegedly replied ”No.”

Trump responded to Grisham’s actions saying that although her behavior was “disappointing,” it was not “surprising,” adding that this was not the first time Grisham “tried to maintain relevancy and profit by using my name to create a false narrative.”

“Had I been fully informed of all the details, naturally, I would have immediately denounced the violence that occurred at the Capitol Building…And while Ms. Grisham’s behavior is disappointing, it is not surprising or an isolated incident,” Trump said.

Trump continued to say that her duties were a “very significant undertaking and requires great care, attention to detail, and concentration—both in the planning and execution.”

“As with all First Ladies who preceded me, it was my obligation to record the contents of the White House’s historic rooms, including taking archival photographs of all the renovations. Several months in advance, I organized a qualified team of photographers, archivists, and designers to work with me in the White House to ensure perfect execution…as required, we scheduled January 6, 2021, to complete the work on behalf of our Nation,” Trump said.