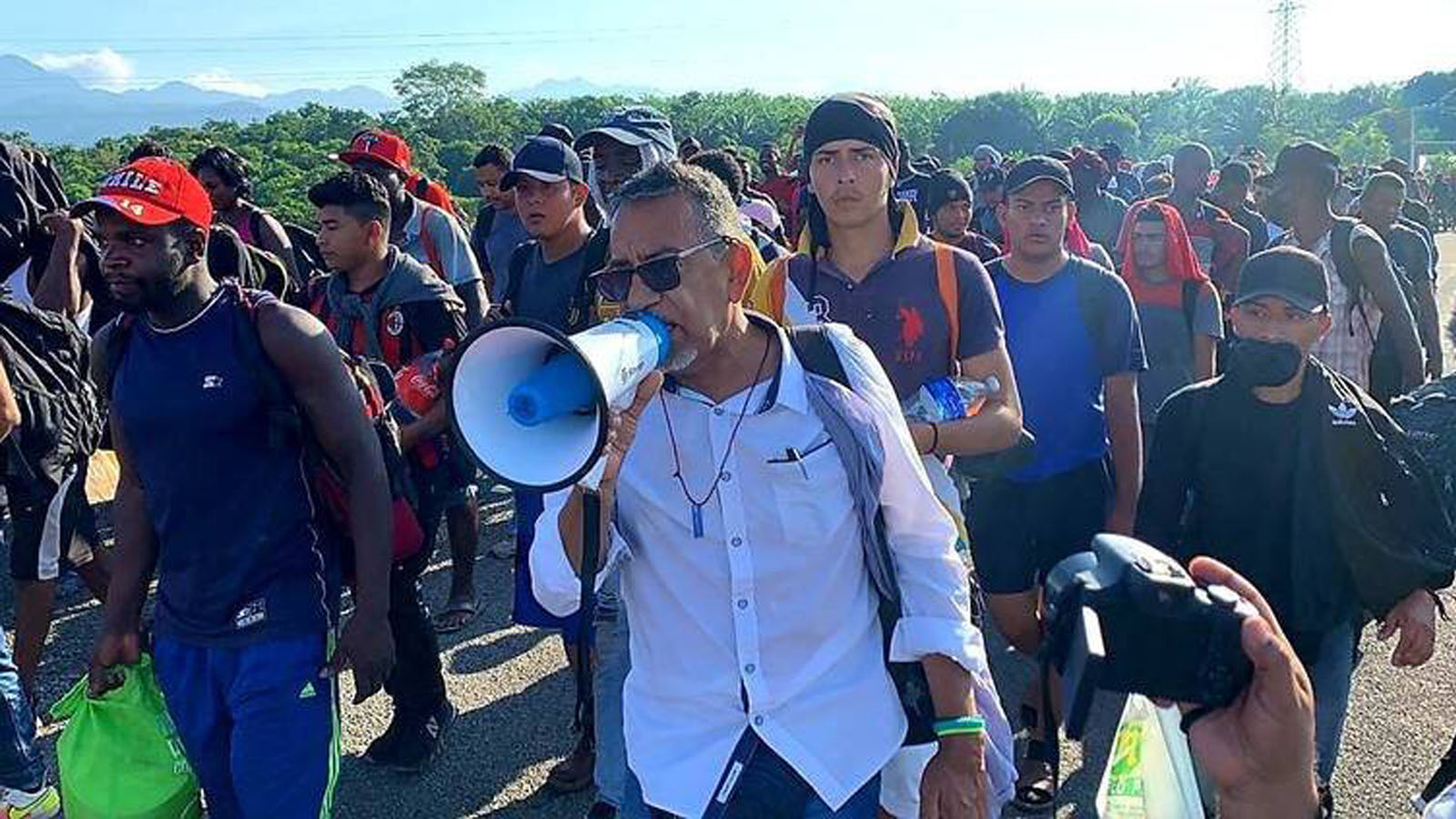 The leader of recent migrant caravans has helped bring thousands of people through Mexico on a mission he says is driven by God, he told the Daily Caller News Foundation.

Luis Rey Garcia Villagran told the DCNF that he’s directly helped 40,000 migrants cross into the United States through caravans he’s led since September 2021, believing it’s his duty to God. He’s done so through the work of his organization, the Center for Human Dignity.

“We are Evangelical Christians. We try to help people least protected, especially women and child migrants. Simply, we apply what is in the law,” Villagran said, adding that he doesn’t receive any financing from anyone for the caravans.

Villagran’s latest group started to gain attention when thousands of migrants reached Southern Mexico in early June. Some members of the caravan were granted work visas by the Mexican government, while others trekked northward with many expected to arrive in Texas, according to The Washington Examiner.

Republican Texas Gov. Greg Abbott said on June 17 that the caravans were disbanding into smaller factions, heading to his state’s border with Mexico. Some reporters on the ground have documented large migrant groups recently making their way to places like Eagle Pass, Texas.

But Villagran says he’s not responsible for the migrants’ choices to either stay in Mexico or move north to the U.S.

“That is no longer my decision. That is already a decision of each person. We have helped thousands of people to leave Tapachula [southern Mexico] with a document in which they can travel throughout the Mexican territory,” he said.

Villagran’s past experiences with Mexican authorities define why he’s chosen to advocate for the migrants and help them make their journeys, he explained.

Judicial police in the Mexican state of Chiapas arrested Villagran in 1997 for alleged kidnapping and conspiracy, according to the University of Minnesota Human Rights Library. In 1998, the judge found Villagran guilty, sentencing him to 40 years in prison.

“They falsified evidence, falsified signatures of public ministries. I verified it with expert reports on documents. In addition, Amnesty International, Christian Action for the Abolition of Torture (ACAT), the World Organization Against Torture and the Fray Bartolome de las Casas Human Rights Center demanded my release from the Mexican State, and despite this, I was stigmatized as dangerous and they took me to maximum security prisons until the IAHCR [Inter-American Commission on Human Rights] demanded my freedom,” Villagran said.

Villagran appealed the ruling, and, in 2002, his sentence was reduced to 38 years for the kidnapping charge and he was acquitted of conspiracy. In 2003, Villagran’s wife Martha Martínez de la Fuente sent a petition to the IAHCR, alleging that Villagran was innocent and had been arrested without a warrant, as well as endured torture forcing him to admit to kidnapping.

“The petitioner alleges that her husband, Luís Rey García Villagrán, has been unjustly imprisoned for ten years for a crime of which he was falsely accused,” the Inter-American Commission on Human Rights said of the appeal.

De la Fuente also alleged that Villagran didn’t receive proper medical care for his detached retina, which was damaged when he was allegedly tortured and held in solitary confinement far away from his family.

Villagran was released in 2010 after the Chiapas state government said he “was tortured and illegally deprived of his liberty by the then State Judicial Police, and was subjected to improper legal proceedings,” according to the Inter-American Commission on Human Rights.

“The damage was repaired and that is where the Center for Human Dignity was born,” he added.

The Mexican State paid reparations to Villagran, which he used to fund his organization, he told Mexico News Daily in 2021.