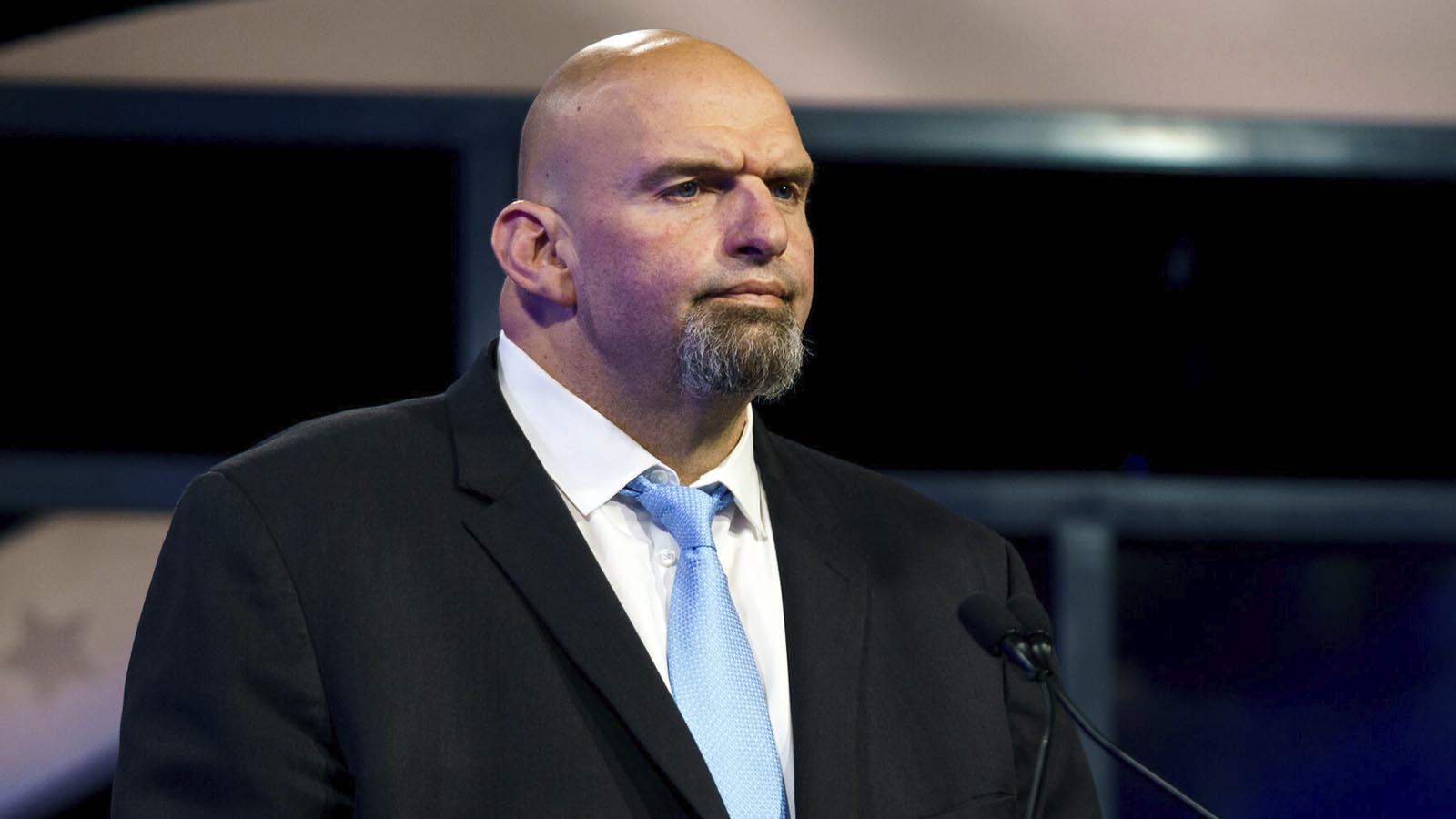 Media figures and conservatives reacted to Democrat John Fetterman’s debate performance against Republican Mehmet Oz during the debate on Tuesday night, calling it a “sad” disaster.

As Breitbart News reported, Fetterman had a poor showing during the debate, mostly due to his speech disabilities stemming from a stroke earlier this year.

Routinely, Fetterman struggled to give coherent responses to moderator questions as he confused words and paused awkwardly.

so far this is a disaster for Fetterman

This is painful to watch regardless of one’s politics.

There is no amount of empathy for and understanding about Fetterman’s health and recovery that changes the fact that this is absolutely painful to watch.

This Fetterman-Oz debate is absolutely shocking. @DashaBurns was the only reporter who told the truth about Fetterman’s state. But it is so much worse than inability to track smalltalk. It is painful to watch this.

Conservatives and other media figures said that Fetterman should not have agreed to the debate and blasted the Democrat Party for trying to hide the candidate’s medical issues from the public eye.

I'm catching up on the debate, and it looks like lots of folks owe an apology to @DashaBurns. She reported on very real problems. It's not ableist to wonder if Fetterman is up to the job, and it's very reasonable for PA voters to take that question into account.

The Oz/Fetterman debate is difficult to watch and I think it was wrong to place Mr Fetterman in this position. My heart goes out to him.

it’s very sad to see Fetterman struggle from his stroke, but politically, whoever is running his campaign should be fired.

how was this EVER agreed upon? it 100% would’ve been better to dodge the debates for him. @DrOz may won the election tonight.#PASenateDebate

John Fetterman is at his absolute worst tonight in the #PennsylvaniaDebate.

Even with the moderators constantly cutting Fetterman off to protect him from himself, there is nothing the media can do to spin this debate.

I have never seen someone so obviously mentally/physically unfit to serve in office than John Fetterman. #PASenateDebate

This is actually quite sad re Fetterman #PASen #PASenateDebate

Fetterman should have never agreed to debate.

Shame on every reporter who attacked @DashaBurns over her Fetterman reporting, and tried to cover up what we are all witnessing now with our own eyes

Yeah, this sums it up.

Oz was as contemptible as we'd expect, although he was smart enough not to say anything direct about Fetterman's difficulties speaking.
But given his physical limitations (which won't impact him in the Senate) Fetterman should never have agreed to do this https://t.co/Wf5bePenPC

I feel sad for John Fetterman and strangely angry. The fact his friends and family pushed him to run for office considering his maladies is cruel and unconscionable.

This debate was a disaster for John Fetterman. Anyone trying to claim otherwise is gaslighting to the nth degree. https://t.co/Ee8KKUjLME

This “debate” is terribly sad to watch.

If I were PA Dems, I’d be furious about being misled about Fetterman by those around him. They had enough time when the stroke happened to run Conor Lamb or do something else.

The PA debate was one of the saddest political spectacles I've ever seen. I totally disagree with #Fetterman's politics, but you'd have to be heartless if you didn't feel terrible watching his cognitive impairment. It was like watching a car crash in slow motion.

I just started to watch the Oz-Fetterman debate.

Fetterman is incredibly inarticulate. This is really something.

@JohnFetterman is an extremely disabled stroke victim that can barely talk. The party needs to put someone else up if they want to keep this seat blue at all costs.

Not all were critical of Fetterman’s performance ,and some of his supporters even spun the event to say that he won the debate by just showing up and scolded Oz for looking cruel in the face of Fetterman’s handicap.

Fetterman showed guts tonight. He showed up. With his vulnerability on full display, he confronted it for all to see. Ultimately, voters want to pull for candidates who show they are as vulnerable as them. Katie Hobbs could learn a thing or two from Fetterman. #pasen

That, frankly, wasn’t a great debate for Fetterman or Oz. But what is really lingering for me is just how gleeful too many of us are with cruelty. As if any of us gets out of this life thing unscathed.

Any and all party affiliation aside…at least @JohnFetterman got on a stage and committed to a live, prime time debate. It’s a lot more than we can say for most of the congressional candidates in #NJ. #PASenateDebate

No matter how bad #Fetterman might have done in the #PASenateDebate -and it wasn’t great- this comment by #Oz is the game.
His comments about #abortion will be made into countless ads in the closing days all of which will target suburban women.
Think Kansas referendum turnout https://t.co/f6haNIs1R1

Of course Fetterman is capable. He’s capable of voting for the common good of Pennsylvanians. Judging his TV debate performance – when he’s up against a TV performer isn’t a fair fight, after a stroke that affected his speech not his mind. What excuse does Trump have?