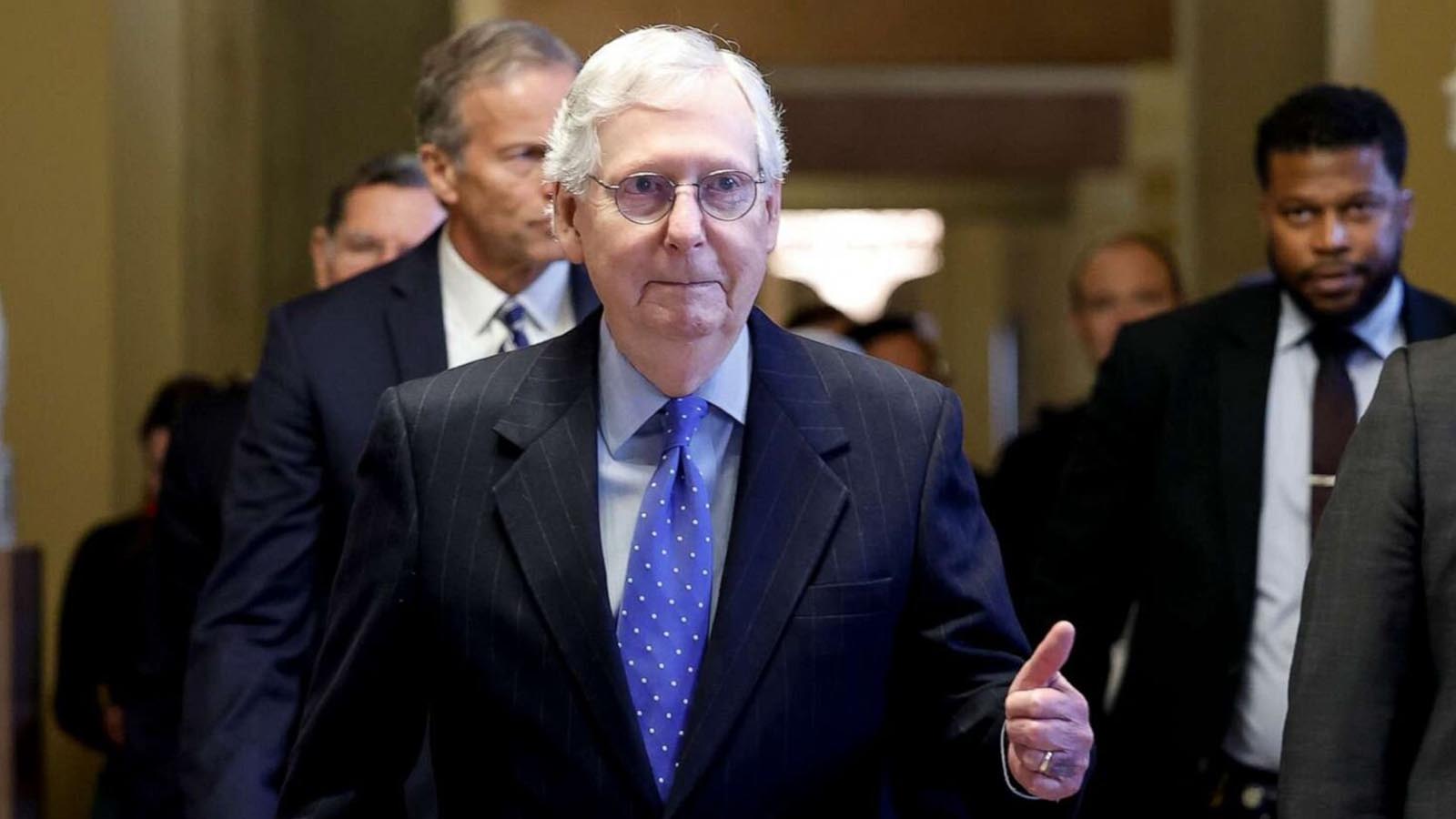 Senate Minority Leader Mitch McConnell, R-Ky., on Wednesday won re-election as Senate GOP leader, fending off a challenge from Sen. Rick Scott, R-Fla., and setting himself up to become the longest-serving party leader in the history of the Senate.

McConnell won a vote that broke 37-10 and saw one senator abstain, according to Sen. Ted Cruz, R-Tex.

Cruz and several other GOP senators had called for the vote to be postponed until after the Dec. 6 Georgia Senate runoff, but a motion to do that from Cruz failed 32-16 ahead of the GOP leader vote.

“I’m not going anywhere,” McConnell said after the vote, when asked if he would consider stepping aside after breaking the record of the longest-serving party leader in Senate history, late Sen. Mike Mansfield, D-Mont.

Scott announced his candidacy for Republican leader in a Tuesday caucus lunch and pitched himself as a candidate to change how Senate Republicans operate.

“If you simply want to stick with the status quo, don’t vote for me,” he said in a letter to senators.

Scott didn’t win the election, but Sen. Mike Braun, R-Ind., who was one of his most vocal backers, said he believed Scott’s candidacy may have changed how Republicans operate.

“I told leader McConnell this has been the healthiest enterprise since I’ve been here in terms of caucus discussion,” Braun said. “And Rick in my mind brought it out to where we made it a discussion.”

Braun added: “I think he’s gonna probably make sure that 50 members, depending on where we’re at, all of us feel like we’re part of the process. And I think that’s healthy.”

“Are we going to continue caving in to Democrats? I hope the answer is no. And I hope leadership will think twice about it after this,” added Sen. Josh Hawley, R-Mo.

Sen. Kevin Cramer, R-N.D., a more moderate senator considered an ally of leadership, also said he believes there will be changes from McConnell. But Cramer said the vote is still a reminder of the political backing McConnell has.

“I think it validates the leader in a really big way,” he said. “He clearly listened, he’s clearly willing to follow our lead.”

Cramer indicated that he did not appreciate some rhetoric from Scott in recent days, which attacked McConnell and other Republicans for voting for bipartisan bills, like the 2021 infrastructure bill.

“I found it frustrating that some members would not just trash it, but trash those of us who supported it,” Cramer said. “You’re getting into my business, my state, what’s good for my conscience and my constituents.”

Still, Cramer said the discussion Wednesday was constructive in airing members’ frustrations and could result in “a better committee process” for such legislation.

The leadership election comes at a tense time for Republicans, who are reeling from weak midterm elections. Despite a poor economy and favorable historical trends, they took just a miniscule majority in the House and failed to win the Senate.

Former President Donald Trump announced his 2024 presidential run Tuesday night, which will set up plenty of uncomfortable questions for Republicans for months to come. Trump has repeatedly called for McConnell’s ousting.

The new Congress begins Jan. 3. The Georgia runoff will decide whether the chamber remains 50-50 evenly split, or whether Democrats will have a 51-49 majority.