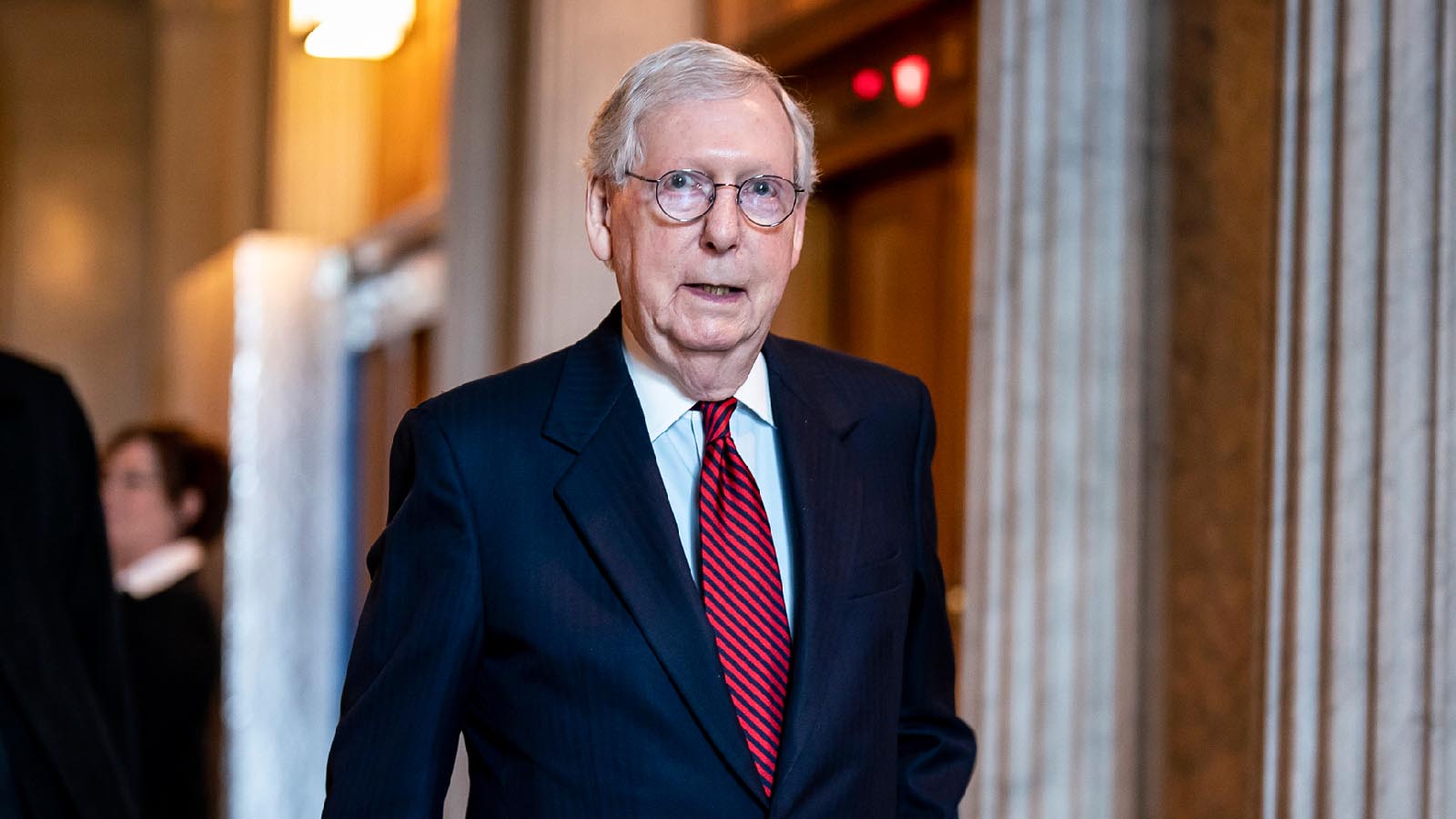 Some Republicans are considering conceding to Democrats’ demands to tighten federal gun laws in the wake of a school shooting in Uvalde, Texas, that left at least 19 dead.

Most prominently, Senate Minority Leader Mitch McConnell (R-Ky.) said during an interview with CNN that he had instructed Sen. John Cornyn (R-Texas) to negotiate with some centrist Democrats, including Sens. Kyrsten Sinema (D-Ariz.) and Chris Murphy (D-Conn.), to try to hammer out a compromise bill.

McConnell was anxious to emphasize that he was not pushing for legislation that would advance a partisan Democrat agenda, but only to find a legislative solution directly related to the circumstances of the Uvalde shooting.

“What I’ve asked Senator Cornyn to do is to meet with the Democrats who are interested in getting a bipartisan solution and come up with a proposal, if possible, that’s crafted to meet this particular problem,” he said.

McConnell’s lukewarm support for a compromise package could be a welcome sign for Democrats, who will need the support of at least 10 Republicans to overcome the Senate’s 60-vote filibuster threshold.

Sen. Lindsey Graham (R-S.C.) also suggested a willingness to work across the aisle on a legislative response.

“I look forward to coming back after the break, see if we can find a pathway forward on common-sense gun reforms,” Graham said, ahead of a planned recess for the Senate.

Sen. Mike Rounds (R-S.D.) also suggested that a bipartisan agreement could be reached.

“Part of I think what some of us are still looking at is: is there a way to identify these individuals that have this propensity?” Rounds told reporters. “Is there a way to provide local law enforcement tools to use? Is there enough resources available at schools to be able to provide additional protection?

“Are those things that we could agree on? Could we find consensus on those things? And I think that’s part of the discussion that may very well ensue in the future.”

He suggested that such a bill may not include new gun regulations at all, but rather might focus on providing localities with additional funding for law enforcement.

“What do you do proactively then, that you could get, you know, 75, 80 votes on the floor of the Senate?” Rounds mused. “Perhaps it is funding—that’s one thing that we’ve been able to do. That is, to promote direct funding for local units, to be able to have the resources available to add additional protections to offer a deterrence for these individuals with, you know, with evil intent or with a serious mental health issue.”

However, other prominent Republicans, including Sen. Rick Scott (R-Fla.), have rejected any efforts to concede to Democrats’ demands on gun law.

In a statement to one reporter, Scott’s spokesperson said that Scott is “not working with Senator Murphy or any other Democrat on federal gun legislation,” but is rather “focused on how we can continue to make schools safe.”

Some Democrats have expressed optimism that a compromise bill can be reached.

Though he refused to send a doomed gun control bill to the floor to force Republicans to show their position, Senate Majority Leader Chuck Schumer (D-N.Y.) has said he will continue to work with Republicans to reach an agreement.

“I’m gonna keep in touch with them, and hopefully, we can get an outcome that can actually pass and become law rather than just scoring points back and forth,” Schumer said.

Sen. Joe Manchin (D-W.Va.), whose support is essential for almost any Democrat policy goal, has also said that he thinks that the moment “feels different” than past shootings.

Asked about Cornyn, Manchin said, “He’s had different iterations of bills. He’s worked with anybody that’s had anything along the lines [of] been mental illness—it could be red flag [laws], it could be background—looking at everything that we can to bring everyone to the table to find a really plausible way for them to move forward.

The shooting has caused some Democrats to again look to H.R. 8 and H.R. 1446, two House bills that would further strengthen background check laws, as plausible ways to move forward.

However, it is somewhat unclear whether these bills could win the support of 10 Republicans in the Senate.

Despite criticism from progressives demanding wide-reaching, immediate action, the Senate has not canceled its Memorial Day recess, pushing off any possibility of a compromise bill until the week of June 6.