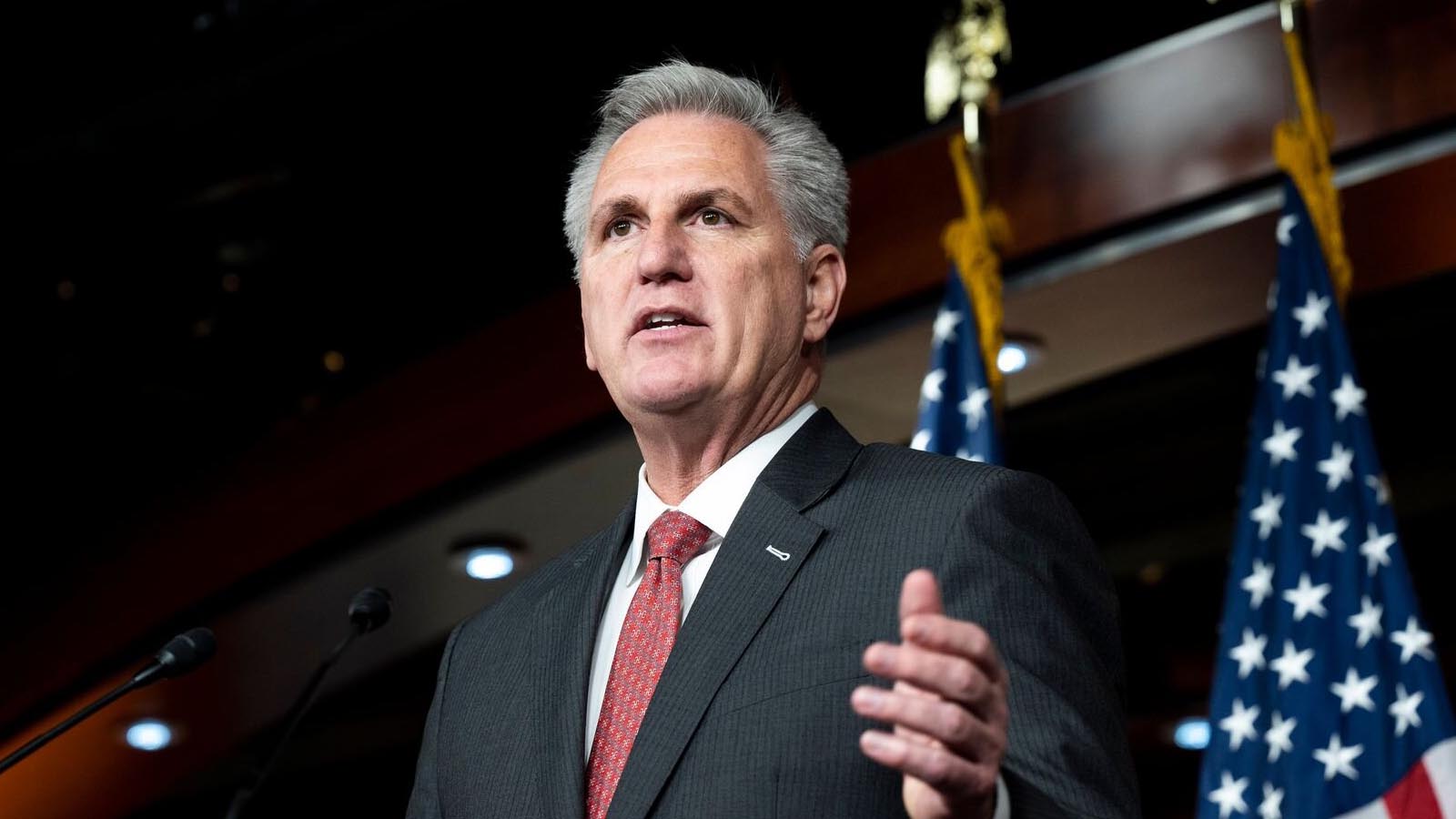 House Minority Leader Kevin McCarthy, R-Calif., said on Saturday that when he is speaker of the House next year he plans to remove Democratic Rep. Ilhan Omar, D-Minn., from the House Foreign Affairs Committee over her “antisemitic” comments.

“We watch antisemitism grow, not just on our campuses, but we watched it grow In the halls of Congress,” he said at the Republican Jewish Coalition’s 2022 leadership meeting in Las Vegas.

“I promised you last year that as speaker she will no longer be on Foreign Affairs, and I’m keeping that promise,” he said to cheers from the audience.

McCarthy is the likely next speaker once Republicans take the majority in January, pending a vote for the position on Jan. 3. Republicans will have a slim majority, so he can only afford to lose a handful of votes.

Since being elected to Congress in 2018, Omar has made several controversial comments widely deemed to perpetuate antisemitic tropes, including saying it was “all about the Benjamins” for the American Israel Public Affairs Committee and tweeting, “We have seen unthinkable atrocities committed by the U.S., Hamas, Israel, Afghanistan, and the Taliban,” which was seen as equating Israel and the U.S. to the Taliban.

Last year, I promised that when I became Speaker, I would remove Rep. Ilhan Omar from the House Foreign Affairs Committee based on her repeated anti-semitic and anti-American remarks.

In a tweet before joining Congress, the Democrat claimed Israel had “hypnotized the world” and after being elected she submitted a resolution to the House comparing boycotting Israel to boycotting the Nazis.

McCarthy also condemned remarks made by Republican Rep. Marjorie Taylor Greene last year when she said, “Vaccinated employees get a vaccination logo just like the Nazi’s forced Jewish people to wear a gold star,” which was seen as minimizing the Holocaust.

Democrats, who are currently in the majority, removed Greene from her committee assignments over the comments and other controversial ones she has made in the past.

McCarthy promised Greene he would reinstate her committee assignments when he’s speaker. Greene has said she plans to vote for him.