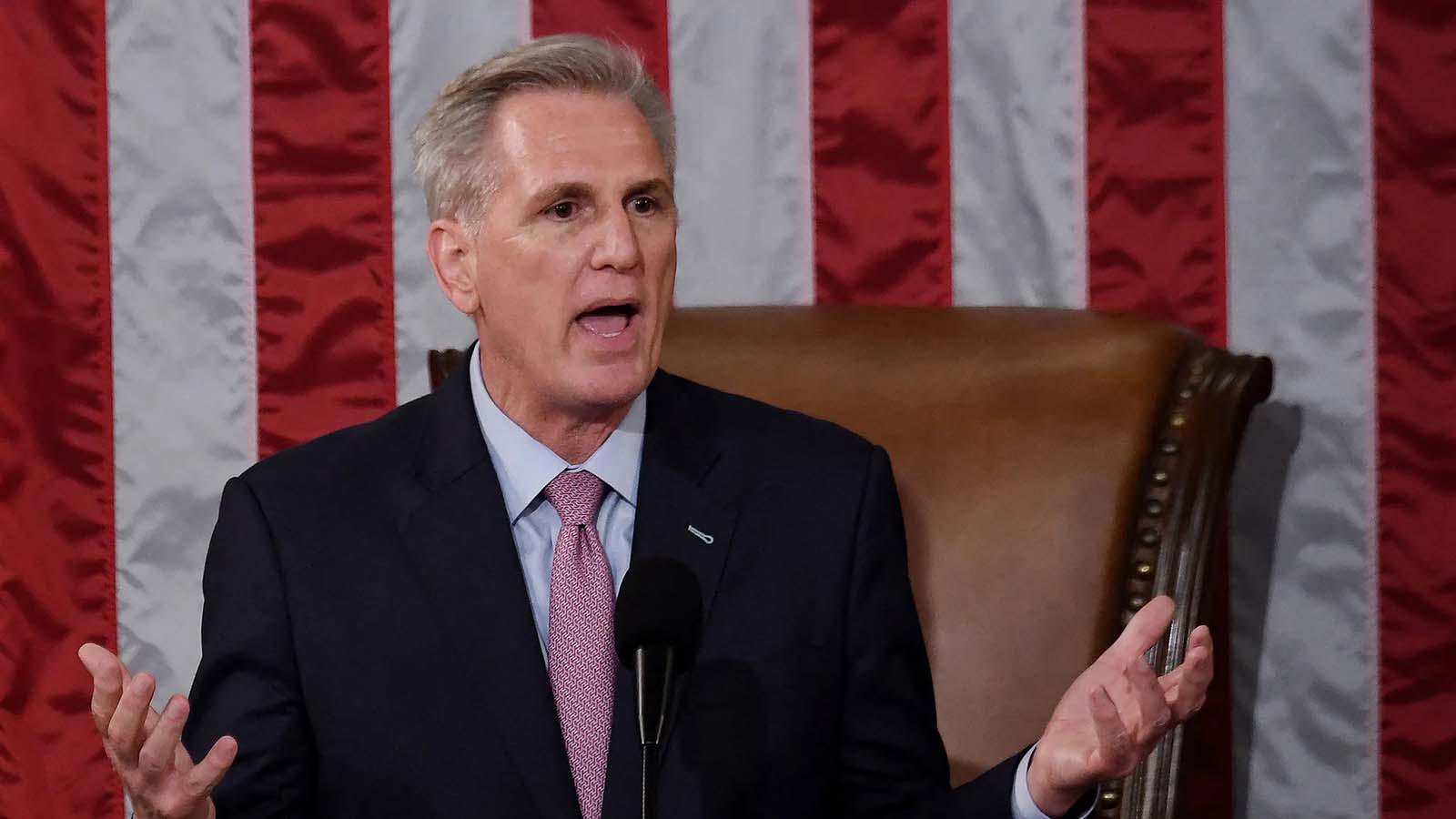 House Speaker Kevin McCarthy joined “Hannity” for his first interview since winning the speakership, and laid out the new Republican majority’s vision and commented on the case of classified documents being discovered at an office formerly used by President Biden.

Host Sean Hannity pointed out that when Hillary Clinton was caught with classified information on an external server at her Chappaqua, New York, home, then-FBI Director James Comey declined prosecution, while former President Donald Trump was subjected to a raid of his Palm Beach, Florida, home after the discovery of classified documents there.

McCarthy replied that it shows Democrats will have to “eat their words” when it comes to the continued outcry over Trump and the raid on Mar-a-Lago.

“They’ve gotten away with so much for so long. This was discovered before the last election – just like the laptop,” he said, noting reports the Biden documents were first discovered Nov. 2, 2022, and the Hunter Biden laptop story broke shortly before the 2020 election.

“Why weren’t they raided? Why didn’t they have the FBI coming in? Why didn’t [Biden] on ‘60 Minutes’ say, ‘Well, I understand that because I bet I have the same problem’.”

Biden had wondered aloud “how could that possibly happen” and “how anyone could be that irresponsible.”

McCarthy told Hannity that Biden and Clinton have both been in government for many years, while Trump was a complete newcomer to the political scene – adding that Trump kept the documents padlocked inside a residence already protected by the U.S. Secret Service, while Biden’s documents were found in a Washington office connected to the University of Pennsylvania.

“[Trump’s] were locked away – Biden’s were not,” he said. “And how many years after [his vice presidency] did [Biden] have them?”

McCarthy said the American people are or should be “infuriated” by the appearance that Democrats, including Biden, don’t believe the law applies to them.

“America believes in fairness and honesty, and that’s not what we’re getting from them,” he said.

The Justice Department has already named John Lausch Jr., a Trump-appointed U.S. attorney for Northern Illinois, to look into the Biden matter.

Lausch, based in Chicago, is reportedly the only other sitting federal prosecutor-holdover from the Trump era besides Delaware’s David Weiss, who has been litigating the investigation into Hunter Biden.

Earlier in the interview, McCarthy commented on oversight endeavors his caucus plans to execute, including on the coronavirus pandemic and politicization of federal law enforcement agencies.