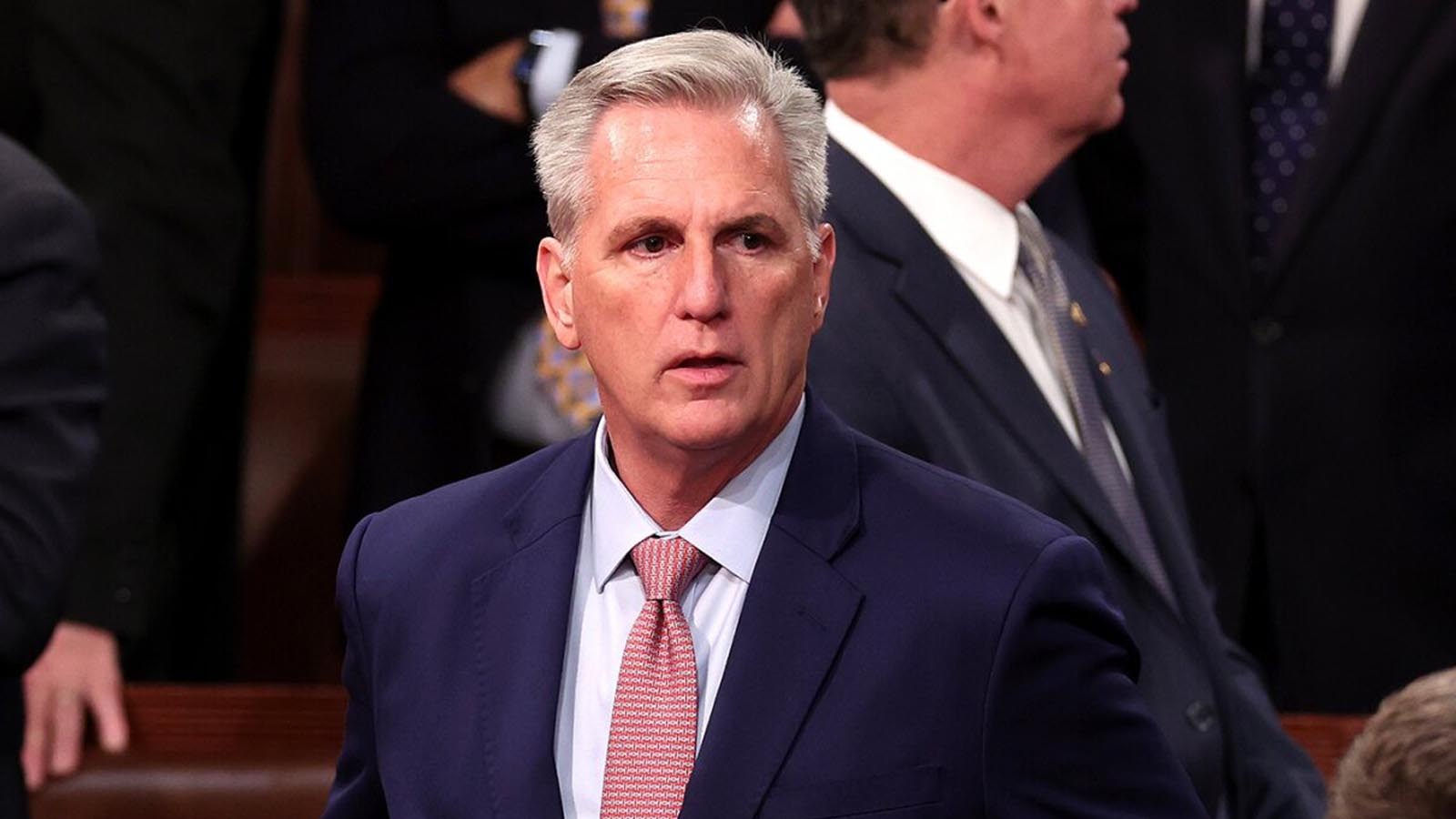 Rep. Kevin McCarthy (R-CA) is slated to fall short of the votes needed to secure the speaker’s gavel on the first ballot, with his chances of obtaining the long-coveted role remaining in doubt as conservatives continue to withhold their support for the California Republican.

At least 10 GOP lawmakers voted against him Tuesday afternoon as they push for the conference to rally around a different “consensus candidate.”

The chamber is slated to move on to a second ballot for the first time since 1923, with McCarthy allies hoping that he garners more support as both the “Never Kevin” and “Only Kevin” factions of the GOP vow to go as many ballots as it takes.

McCarthy, who won an internal leadership election in November with 36 Republicans voting against him, has struggled to sway conservative hard-liners who demanded substantial changes to the House and conference rules, including restoring the motion to vacate the chair, a mechanism used to oust a sitting speaker; a ban on leadership playing in primaries, commitments to rein in spending and restore regular order; and better committee assignments for right-wing lawmakers.

After the GOP fell short of its anticipated red wave, McCarthy faced a steeper climb in gaining the gavel, with the margins in the House allowing him just four defections on the floor unless his critics choose to vote present or not vote to bring down the threshold.

While the California Republican has made strides to meet with potential defectors and strike a compromise, his efforts were not enough to sway the support needed for the first round. But McCarthy, who previously dropped out of the speaker’s race to replace former Speaker John Boehner (R-OH) in 2015 amid conservative pushback, has asserted that he believes the party needs to rally around him to demonstrate that it is capable of governing with its new House majority.

Five conservatives — former House Freedom Caucus Chairman Andy Biggs (R-AZ), Reps. Matt Gaetz (R-FL), Bob Good (R-VA), Ralph Norman (R-SC), and Matt Rosendale (R-MT) — said that they would not support McCarthy on the floor and would continue to vote as a bloc in the weeks leading up to the start of the new Congress. While talk of centrists working with Democrats to pick another candidate was floated in November, various GOP factions claimed that they would rally around McCarthy until the end on Thursday.