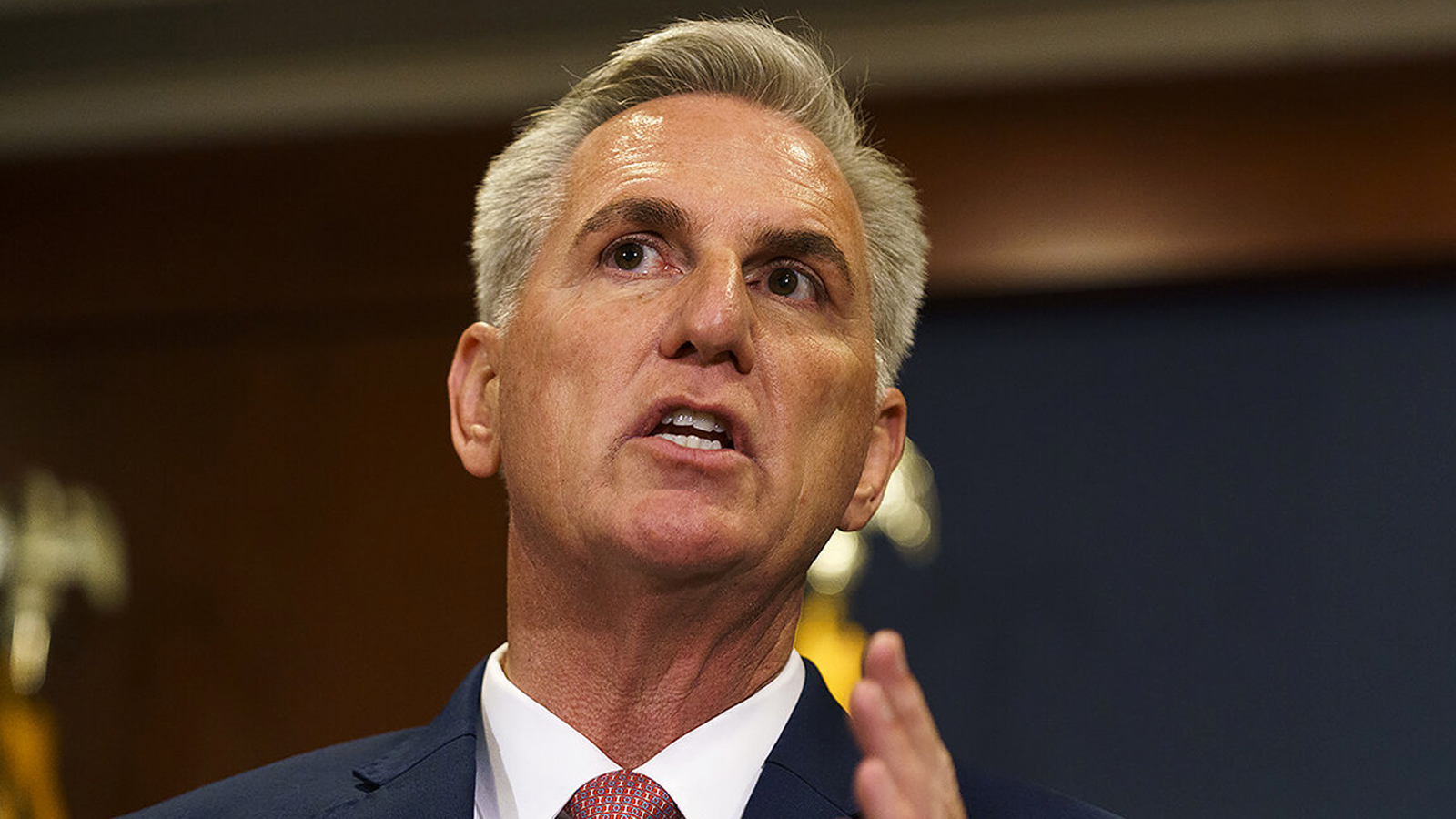 House Republican Leader Kevin McCarthy on Tuesday called for Homeland Security Secretary Alejandro Mayorkas to resign over his handling of the migrant crisis at the southern border – or potentially face an impeachment inquiry when Republicans take control of the House next year.

“His actions have produced the great wave of illegal immigration in recorded history,” McCarthy said at a press conference in El Paso, Texas, during a tour of the southern border. “This is why today I am calling on the secretary to resign.”

“He cannot and must not remain in that position,” he said. “If Secretary Mayorkas does not resign, House Republicans will investigate every order, every action and every failure to determine whether we can begin an impeachment inquiry.”

McCarthy said he had spoken to Reps. Jim Jordan and James Comer, the ranking Republicans of the Judiciary and Oversight Committees, respectively, and said they have his complete support to investigate the “collapse” of the border.

“The American public deserves more, deserves better and expects more within their government. Enough is enough. We will do whatever it takes,” he said.

McCarthy was leading a delegation to the southern border in El Paso, Texas, days after the Republicans secured a majority in the next Congress in the House of Representatives. Ahead of that press conference, McCarthy told Fox News that, if he becomes speaker, he plans to hold congressional border hearings physically at the border, a move that he says will force Democrats to see the ongoing border crisis firsthand.

A growing number of Republicans have called for the impeachment of Mayorkas over his handling of the border crisis, which has hammered the border since the beginning of 2021. There were more than 1.7 million migrant encounters in fiscal year 2021 and more than 2.3 million in fiscal year 2022. Fiscal year 2023 is not shaping up to grant much relief to overwhelmed border communities, with more than 230,000 migrant encounters in October — the highest number for October in years. Meanwhile, there has been a daily average of more than 2,500 “gotaways” getting past Border Patrol agents.

NEW: GOP Minority Leader Kevin McCarthy tells me he plans to hold congressional border hearings physically at the border to force Democrats to see crisis firsthand. Says he was “shocked & outraged” when he heard DHS’ Mayorkas testify under oath last week that border is “secure”. pic.twitter.com/lTN6BLOX2r

“I’m going to go down, sit down with Border Patrol agents, get firsthand knowledge of what is happening today because I don’t trust what Secretary Mayorkas has told the nation,” McCarthy said ahead of the trip.

Republicans have taken direct aim at Mayorkas as a focal point of the Biden administration’s leadership on the crisis. The secretary has angered Republicans by repeatedly claiming the border is “secure” as his agency has also claimed that the border is “closed.”

Republicans have accused the administration of fueling the crisis by rolling back Trump-era border policies, such as the Remain in Mexico policy, as well as narrowing interior enforcement. House Republicans in July issued a blueprint for how they would secure the border, which included reinstating policies like the Remain in Mexico policy that kept migrants in Mexico while their immigration claims were processed.

The Biden administration has blamed the crisis on a combination of root causes like violence, poverty and climate change in Central America, as well as the abolition of legal pathways by the Trump administration. It has touted its efforts to combat smuggling operations, including more than 5,000 arrests in a recent operation, while also working with other countries on solutions. Recently, it announced cooperation with Mexico that sees Venezuelan nationals returned under Title 42, as well as more checkpoints being set up to stop migration north.

However, that expansion of Title 42 will come to an end next month after a federal judge found the order unlawful and ordered it be wound down. Mayorkas said there is a plan to deal with the end of the order, including greater use of other methods of removal, in response to concerns that the end of Title 42 could lead to greater numbers of migrants crossing into the U.S.

At hearings last week, Mayorkas said the whole hemisphere is being hit by a migration crisis.

“The entire hemisphere is suffering a migration crisis. We are seeing an unprecedented movement of people from country to country. It is not restricted to the southern border,” he told lawmakers at a Senate hearing.

DHS was recently hit by a mini leadership crisis when Customs and Border Protection (CBP) Commissioner Chris Magnus resigned after being told by Mayorkas that he was to resign or be fired.

Meanwhile, on Tuesday the White House pushed back against McCarthy’s trip to the border and, despite the framework issued by Republicans in July, claimed that Republicans have no plan to solve the crisis.