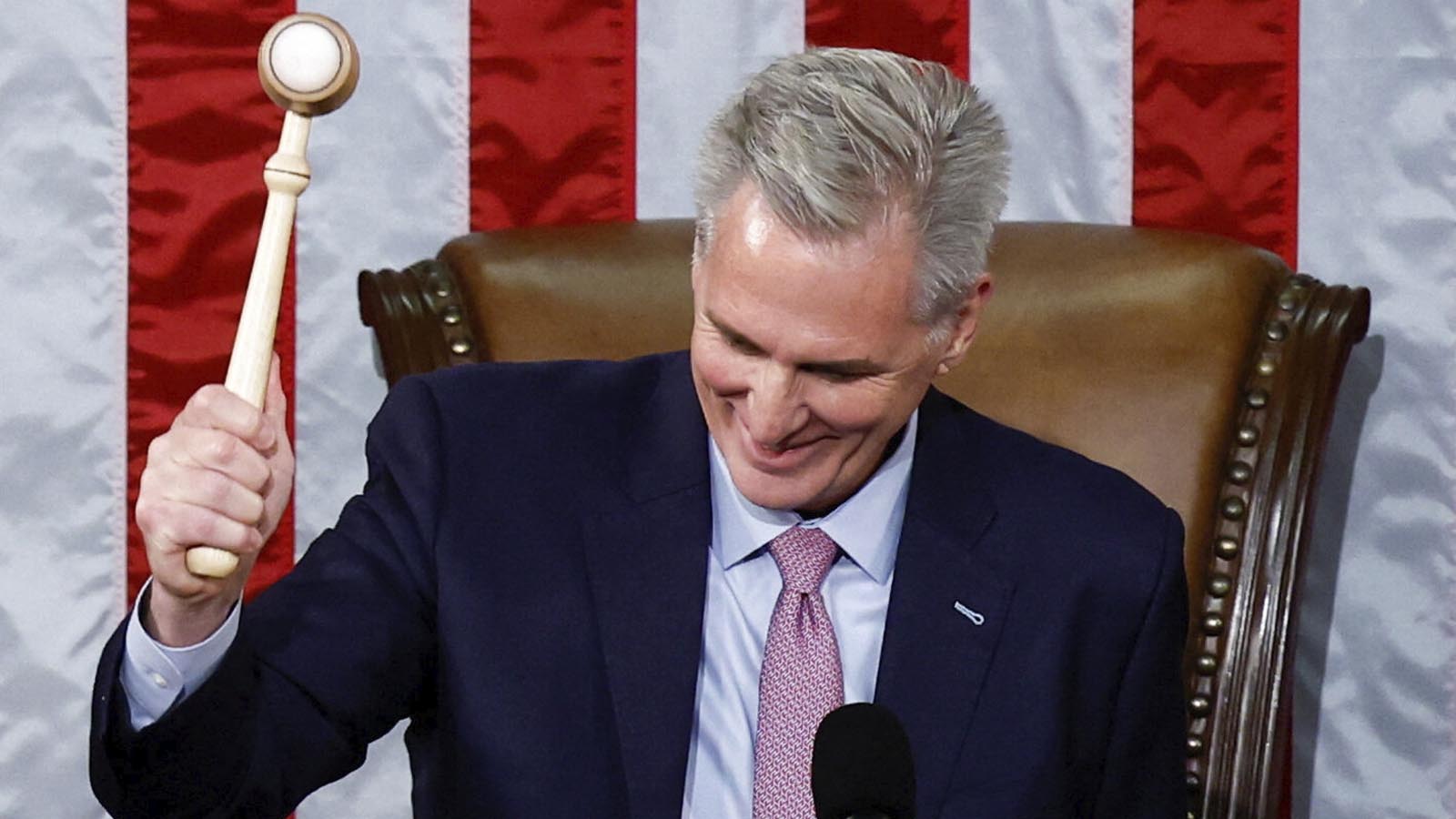 Representative Kevin McCarthy of California was voted Speaker of the House late Friday night after 15 rounds of voting, and in his acceptance speech he said the first act of the 118th Congress under his leadership will be to “appeal the funding for 87,000 new IRS agents.”

“I know the night is late,” McCarthy said. “But when we come back, our very first bill will appeal the funding for 87,000. You see, we believe government should be to help you not go after you.”

The additional 87,000 new IRS agents came as a product of the Inflation Reduction Act, a 755-page, $739 billion spending plan that passed the United States Senate on August 7 along party lines with Vice President Kamala Harris having to cast the tie-breaking vote. It was later passed by the House and signed into law by Joe Biden.

The law accounted for an increase in the size of the IRS, creating positions for nearly 87,000 new IRS agents, 70,000 of whom will be armed. The IRS expansion accounted for $80 billion of the act’s $739 billion price tag.

According to the Congressional Budget Office, the IRS expansion will disproportionately target and harm small business owners.

Executive Vice President of the National Taxpayers Union Foundation, Joe Hinchman, said, “The IRS will have to target small and medium businesses because they won’t fight back.”

Voting for McCarthy began on Tuesday and went through several rounds before he reached the threshold majority to become Speaker. After 20 GOP representatives did not vote for McCarthy across several rounds, 14 eventually flipped and cast their ballots in support of the speaker on Friday, during the 12th round of voting.

McCarthy had made major concessions to the 20 such as the creation of a Church-style committee, single-subject bills, a single congressman to offer a motion to vacate the Speaker’s chair, and allowing a vote on term limits.

After the 14 were found amenable to the concessions, Florida Representative Matt Gaetz, along with Colorado Representative Lauren Boebert, led the charge against McCarthy and brought along fellow GOP Reps. Biggs, Crane, Good and Rosenthal until the final vote.