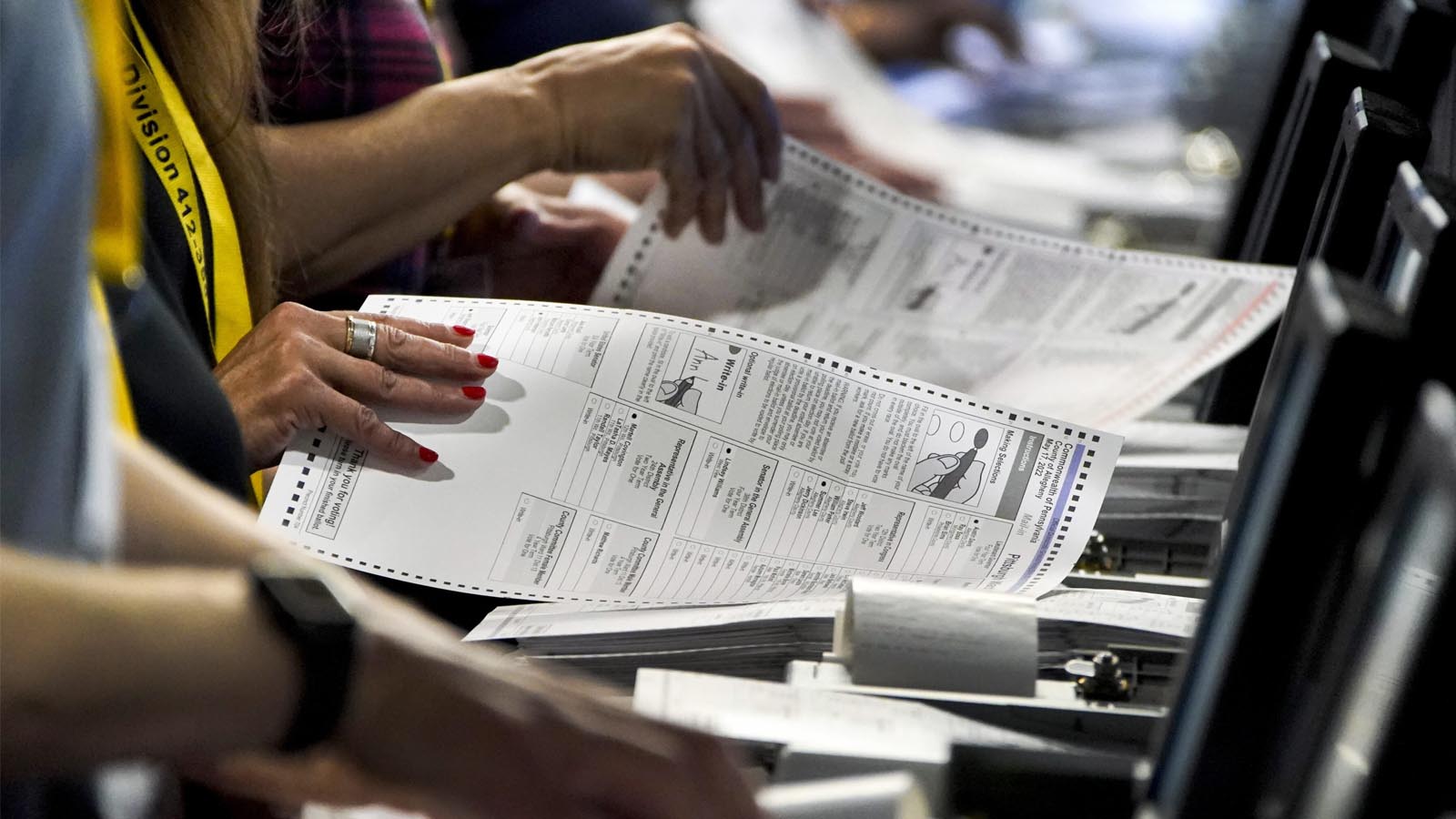 The Pennsylvania Supreme Court on Tuesday sided with an argument made by Republicans in their lawsuit seeking to prevent the counting of improperly completed ballots in next week’s general election, throwing out a lower court’s ruling that would have allowed PA election officials to count absentee and mail-in ballots that were not correctly dated and signed.

PA’s Supreme Court justices vacated the 3rd US Circuit Court of Appeals’ decision that would have allowed the counting of ballots that were not completed as the Keystone State election laws require, and ruled that the “Pennsylvania county boards of elections are hereby ordered to refrain from counting any absentee and mail-in ballots received for the November 8, 2022 general election that are contained in undated or incorrectly dated outer envelopes.”

The PA Supreme Court also in its ruling directed “the Pennsylvania county boards of elections segregate and preserve any ballots contained in undated or incorrectly dated outer envelopes” and noted that the “Court is evenly divided on the issue of whether failing to count such ballots violates 52 U.S.C. §10101(a)(2)(B).”

The PA Supreme Court agrees with us that incorrectly or undated mail ballots can not be counted in next week’s elections.

Republicans went to court. Now Democrats have to follow the law.

In a longer statement to Townhall, Chairwoman McDaniel heralded the ruling as a win for the “rule of law”:

This ruling is a massive victory for Pennsylvania voters and the rule of law. Following an RNC, NRCC, and PAGOP lawsuit, Pennsylvania’s Supreme Court has made clear that incorrectly dated and undated mail ballots can not be counted. Republicans went to court, and now Democrats and all counties have to follow the law: this is a milestone in Republicans’ ongoing efforts to make it easier to vote and harder to cheat in Pennsylvania and nationwide.

As Townhall reported earlier this month, the RNC, NRCC, Republican Party of Pennsylvania, and several Keystone State voters filed a lawsuit against the Commonwealth of Pennsylvania to prevent the counting of mail-in ballots that don’t meet explicit state requirements.

At the time the lawsuit was filed to ensure only mail ballots filled out in accordance with Pennsylvania’s election laws were counted, a joint statement from RNC Chairwoman Ronna McDaniel, NRCC Chairman Rep. Tom Emmer (R-MN), PAGOP Chairman Lawrence Tabas noted that, “as the Pennsylvania legislature and U.S. Supreme Court have made clear, undated mail-in ballots should not be counted” and pledged that “Republicans are holding Pennsylvania Democrats accountable for their brazen defiance of the Supreme Court and the rules duly set by the legislature.”

“Pennsylvania Democrats have a history of election integrity failures and Pennsylvanians deserve better,” the joint statement continued. “This lawsuit is the latest step in Republican efforts to promote free, fair, and transparent elections in the Keystone State.” And now, their argument has won in Pennsylvania’s highest court.

Pennsylvania law requires that “a voter who uses an absentee or mail-in ballot ‘shall…fill out, date and sign the declaration’ printed on the outer envelope of the ballot.” The Pennsylvania Supreme Court has previously upheld that law, ruling any absentee or mail-in ballot that does not comply with the law “is invalid and cannot be counted in any election after the 2020 general election.” In addition, Pennsylvania’s official election information portal explicitly explains that ballots submitted without the declaration section on the return envelope properly completed “will not be counted.”

But, as Townhall reported and according to the Republicans’ now-successful lawsuit, Pennsylvania’s acting Secretary of State was directing local officials to include ballots that were not properly filled out, signed, and dated despite SCOTUS’ recent decision to vacate the Third Circuit opinion that sought to allow the counting of improperly completed mail-in or absentee ballots.

Earlier in October, the Secretary of State’s office was tweeting that local officials were “expected to include undated ballots in their official returns for the Nov election,” guidance that the PA Supreme Court has now superseded with its order for incorrectly dated or undated ballots to be excluded from vote counts next week.

Every county is expected to include undated ballots in their official returns for the Nov election, consistent with guidance & @CommCtofPA decision. Today’s order from SCOTUS vacating Third Circuit’s judgment on mootness grounds does not affect the prior decision of @CommCtofPA. pic.twitter.com/eDiYpvLZYV

Now all that remains to be seen is whether local officials abide by the Pennsylvania Supreme Court’s order to “segregate” incorrectly dated or undated ballots and exclude them from their Election Day tallies or whether they continue to take existing guidance from the Department of State that runs opposite Tuesday’s ruling from Pennsylvania’s Supreme Court.