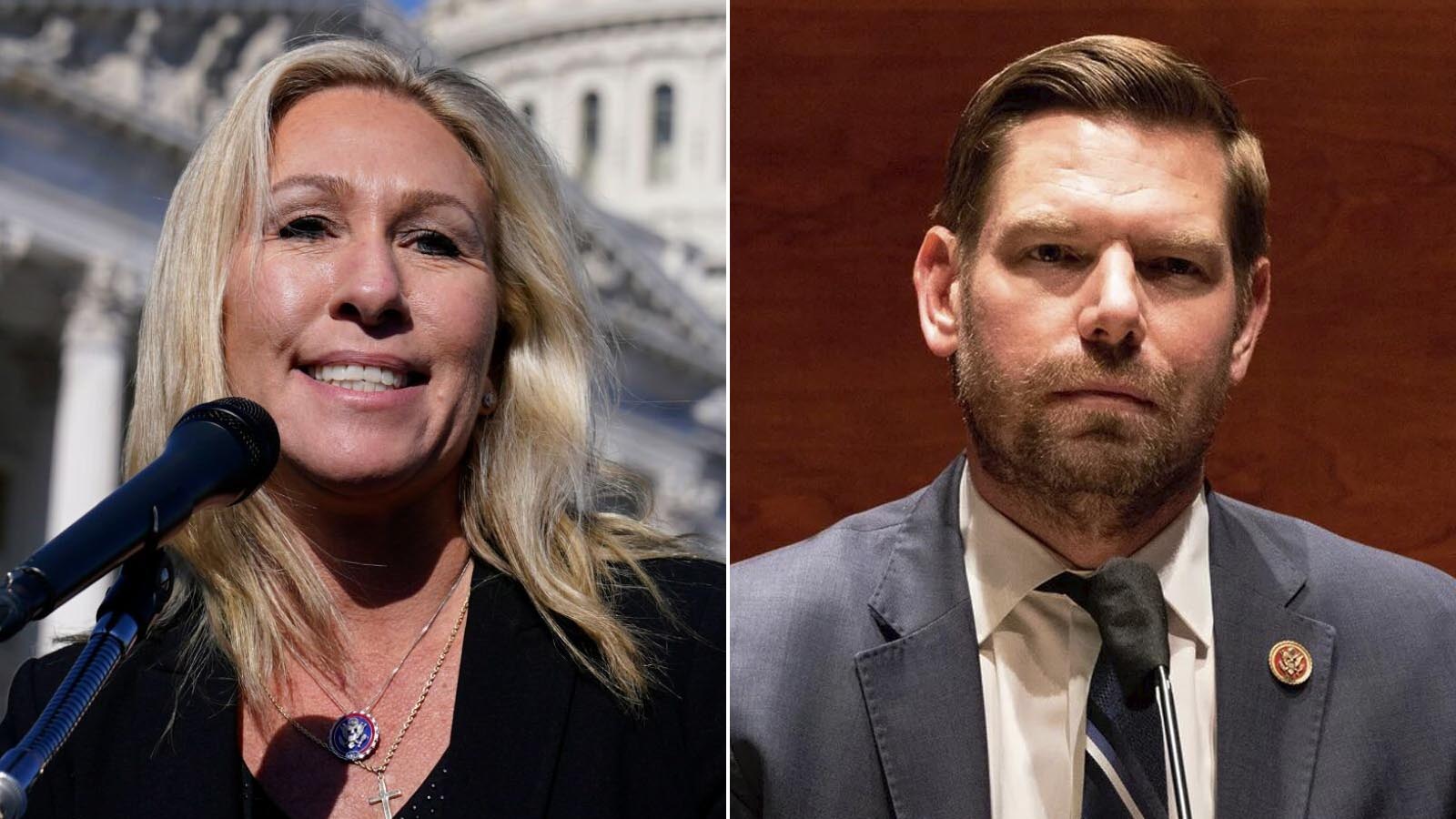 It looks like Marjorie Taylor Greene’s outward support of Kevin McCarthy has paid off, earning the controversial representative a major promotion. Specifically, she’s receiving a position on the Homeland Security Committee.

Naturally, that has Democrats fighting mad. I guess they really thought Greene was going to be shunned forever, left on the sidelines until she aged out of office. 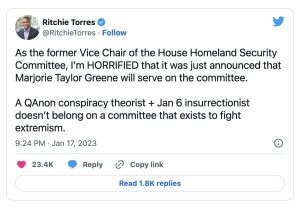 Silly hyperbole of those like Torres aside, McCarthy seems to be pushing all the right buttons so far. He’s kept his promise on instating conservative House rules (many speculated he wouldn’t be able to), and just as importantly, he’s kept his promise to boot problematic Democrats off of congressional committees.

One of those who received a demotion was Eric Swalwell, once a member of the powerful House Intelligence Committee. Upon hearing of Greene’s ascension, he simply couldn’t deal.

This is who Kevin McCarthy thinks is qualified to serve on the HOMELAND SECURITY Committee #NotTheOnion pic.twitter.com/4iAPqOG8mU

The irony is so thick you could cut it with a knife. In Swalwell, we have a guy who has been credibly accused of having an affair with a Chinese spy named Fang Fang, and he still believes he has the credibility to question who is qualified to be on certain committees. The lack of self-awareness is astonishing, to say the least.

But maybe it’s not a lack of self-awareness? Perhaps Swalwell knows exactly how much of an unimpressive, compromised goober he is and just doesn’t care? A lack of shame is a hallmark of Democrat politicians, and certainly, the California representative has never demonstrated any. He truly believes it’s his birth rite to be someone important, and all those rules are for the little people.

Regardless, this is what getting one’s just desserts looks like. Swalwell supported Greene previously being stripped of her committee assignments over questionable remarks. Meanwhile, he wasn’t held to the same standard by his own party despite his transgression being far more serious. Now, Republicans hold the gavel and the bill for moving the Overton window has come due.

In that respect, this entire thing is pathetic. Swalwell would be smart to play it cool and take this on the chin. After all, it might only be a two-year stint in the cheap seats. He just can’t do it though, instead choosing to continually lash out. In that respect, he only proves McCarthy was justified in stripping him of his important committee assignments. The last thing the United States needs is an emotionally unstable, gullible hack who couldn’t say not to a Chinese spy on the intel committee.