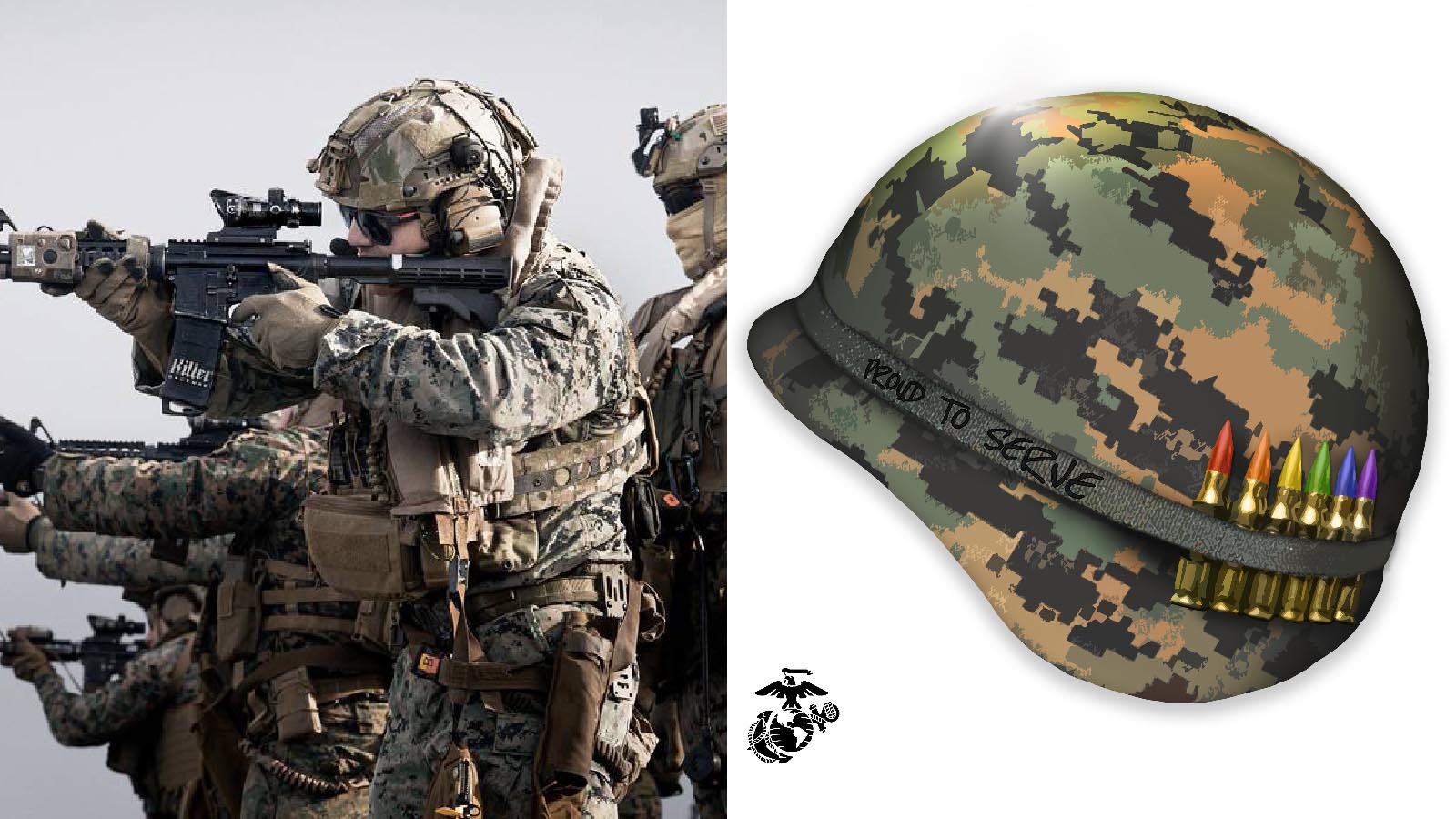 “Throughout June, the USMC [U.S. Marine Corps] takes #Pride in recognizing and honoring the contributions of our LGBTQ service members,” the U.S. Marine Corps said in a statement posted to social media.

“We remain committed to fostering an environment free from discrimination, and defend the values of treating all equally, with dignity and respect,” it added, using the hashtags #PrideMonth and #USMC.

The statement is accompanied by an image of a Marine helmet adorned with six bullets, each a different color, comprising a rainbow:

Throughout June, the USMC takes #Pride in recognizing and honoring the contributions of our LGBTQ service members. We remain committed to fostering an environment free from discrimination, and defend the values of treating all equally, with dignity and respect.#PrideMonth #USMC pic.twitter.com/MOyvFmyJiB

Commenters were woefully unamused by the pandering attempt.

“Maybe focus on what’s actually important to the nation’s defense. China and Russia are bolstering up their ranks with masculinity understanding it’s necessity, while we seem to be celebrating sexual choices and gender changes in our military,” one user remarked as another said, “This makes me sad.”

“Is this satire?” another asked.

“I’ve seen it all now,” another exclaimed as one added, “Focus on building warriors and less about social bullshit.”

The tweet came on the first day of “Pride Month,” which spurred mass pandering from the Biden administration, corporate media, and various organizations.

“This month, we honor the resilience of LGBTQI+ people, who are fighting to live authentically and freely,” Joe Biden said in a May 31 proclamation on “Lesbian, Gay, Bisexual, Transgender, Queer, And Intersex Pride Month.”

“We reaffirm our belief that LGBTQI+ rights are human rights. And we recommit to delivering protections, safety, and equality to LGBTQI+ families so that everyone can realize the full promise of America,” he added. Notably, Biden failed to match the super woke terminology embraced by Canadian Prime Minister Justin Trudeau, who once used “2SLGBTQQIA+ people.” That acronym includes two-spirit, questioning, and asexual, all of which were excluded by Biden.

On June 25, the Department flew the Progress flag for the first time over Washington, DC headquarters. @DeputySecState: “The United States is firmly committed to fighting for LGBTQI+ people at home and everywhere.” #PrideMonth pic.twitter.com/XkXTwI6iLC