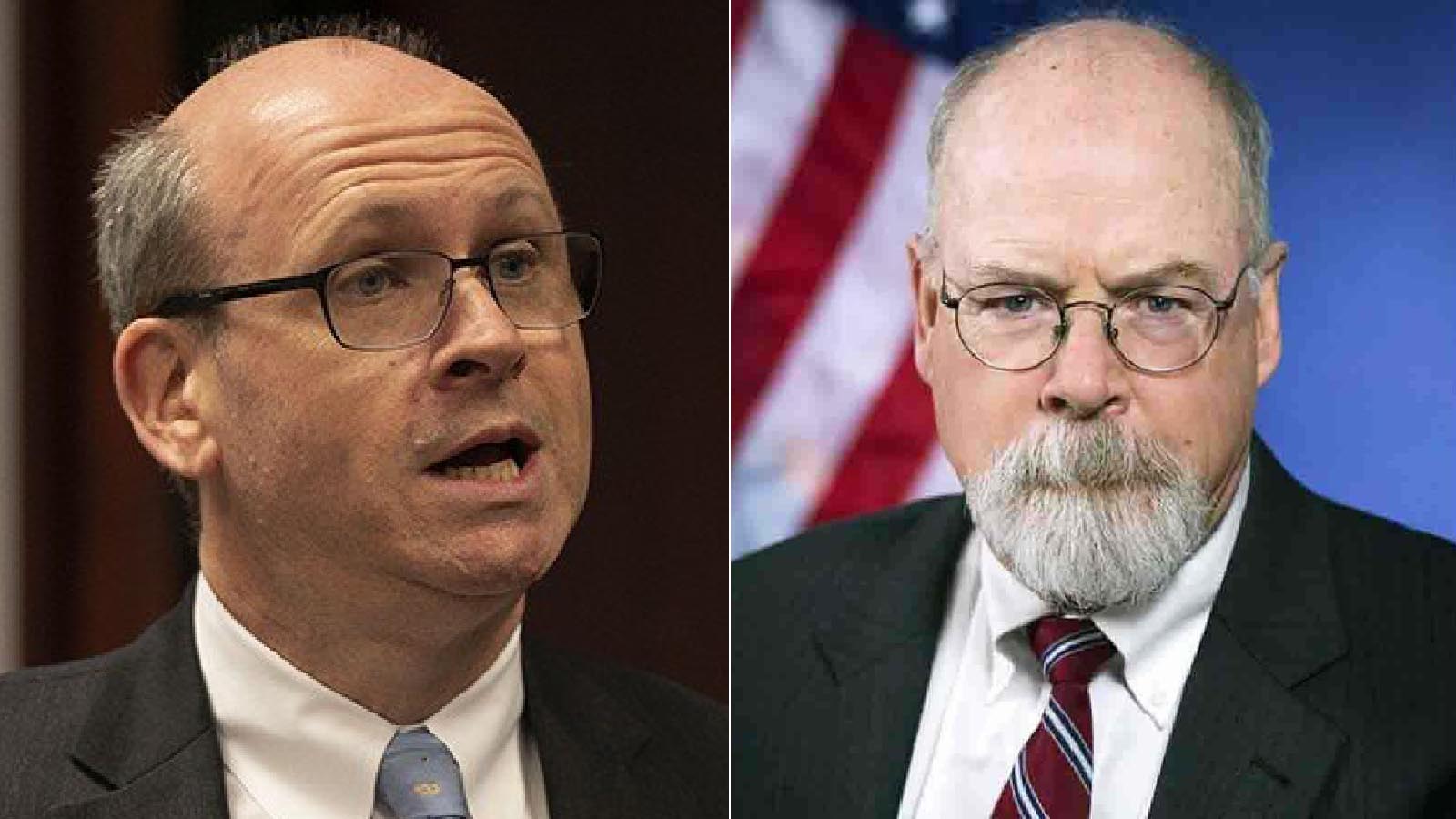 During his time on the stand Wednesday, Elias, the top lawyer for Hillary Clinton’s 2016 presidential campaign, said that “you’d have to ask Mr. Sussmann” about whether the defendant had gone to the FBI with Alfa-Bank claims on behalf of the Clinton campaign.

The defense team believed that was a clear nod to Sussmann’s pending decision on whether to invoke the Fifth Amendment. The team argued Elias’s comments should be struck, and if they weren’t, then a mistrial should be declared.

On Thursday morning, Judge Christopher Cooper ruled out declaring a mistrial but said he would make a decision on striking the comments from the record once Sussmann decided whether he would testify.

Elias was pressed Wednesday on his role in pushing Trump-Russia collusion claims when he took the stand. He attempted to defend his work with the opposition research firm Fusion GPS while trying to distance himself and the campaign from Sussmann’s decision to push Alfa-Bank collusion claims to the FBI.

Sussmann has been charged with concealing his clients, Clinton’s 2016 presidential campaign and “Tech Executive-1,” known to be former Neustar executive Rodney Joffe, from FBI general counsel James Baker when he presented debunked allegations suggesting a secret back channel between the Trump Organization and Russia’s Alfa-Bank in 2016.

Sussmann’s team argued in a Wednesday night filing that “nonresponsive and prejudicial testimony by Mr. Elias, as well as repeated improper questioning by the Special Counsel, violated Mr. Sussmann’s constitutional rights” — specifically his Fifth Amendment right not have to testify in his own defense.

Defense lawyer Sean Berkowitz had asked Elias during cross-examination: “To your knowledge, did Mr. Sussmann go to the FBI on Sept. 19th on behalf of the [Hillary for America] campaign?”

Elias replied: “I think you’d have to ask Mr. Sussmann. I mean, as far as I — I mean, I don’t know. From my standpoint, I would say no. But like — ‘on behalf of’ [is] kind of a subjective intent thing.”

Durham prosecutor Andrew DeFilippis followed up on this issue, saying, “Mr. Elias, I think when Mr. Berkowitz asked you about on whose behalf Mr. Sussmann may have gone to the FBI for that Sept. 19th meeting, you indicated that that’s something that would be in Mr. Sussmann’s knowledge.”
The defense objected at the time, and the judge sustained the objection. DeFilippis then asked Elias, “How did you respond when you were asked about whether Mr. Sussmann went to the FBI on behalf of the campaign?” The defense objected again, and the judge sustained it again.

The Durham prosecutor then asked, “What is the best way to determine what — on whose behalf an attorney is spending his time other than by asking them?”

Elias replied, “I was going to say, ask him.”

The former Clinton lawyer then chuckled and soon said billing records were probably the best other way to determine whom an attorney was working for. Sussmann’s team was not pleased with the line of questioning.

“Mr. Elias’s nonresponsive testimony on cross-examination, as well as the repeated, improper questioning by the special counsel, directly suggested to the jury that in order to answer a key question in this case, whether Mr. Sussmann went to the FBI on Sept. 19, 2016, on behalf of a client, Mr. Sussmann would need to testify,” Sussmann’s lawyers told the court late Wednesday. “But as the special counsel and Mr. Elias are well aware, a defendant in a criminal trial has a constitutional right not to testify.”
Although it’s not certain Elias made his comments to cause trouble, he is a seasoned lawyer with decades of litigation experience at high levels, so it’s likely he knew his comments might be controversial.

“Here, Mr. Elias expressly invited the jury to look to Mr. Sussmann for answers,” Sussmann’s lawyers said. “This has caused obvious prejudice to Mr. Sussmann, who has not yet decided whether or not to testify in this case. The Special Counsel compounded that prejudice by repeatedly returning to the topic even when the Court had sustained objections and expressly instructed counsel to move on.”
During the Clinton campaign, Elias in his role as general counsel hired Fusion, which hired British ex-spy Christopher Steele in 2016. Elias has said he was aware of Fusion’s plans to have the discredited dossier author brief reporters during 2016, met with Steele in 2016, and periodically briefed the campaign about the findings from Fusion and Steele. Elias coordinated closely with Sussmann, his former Perkins Coie law firm colleague, on anti-Trump research in 2016.

The Durham indictment said Sussmann, Joffe, and Elias “coordinated and communicated about the [Alfa-Bank] allegations during telephone calls and meetings, which Sussmann billed to the Clinton Campaign” during the 2016 election.

Durham said Joffe tasked employees and associates with mining and assembling internet data that would support a “narrative” tying Trump to Russia. The tech executive’s motive was demonstrated in emails that said the goal was to please “VIPs” — including Sussmann and Elias.