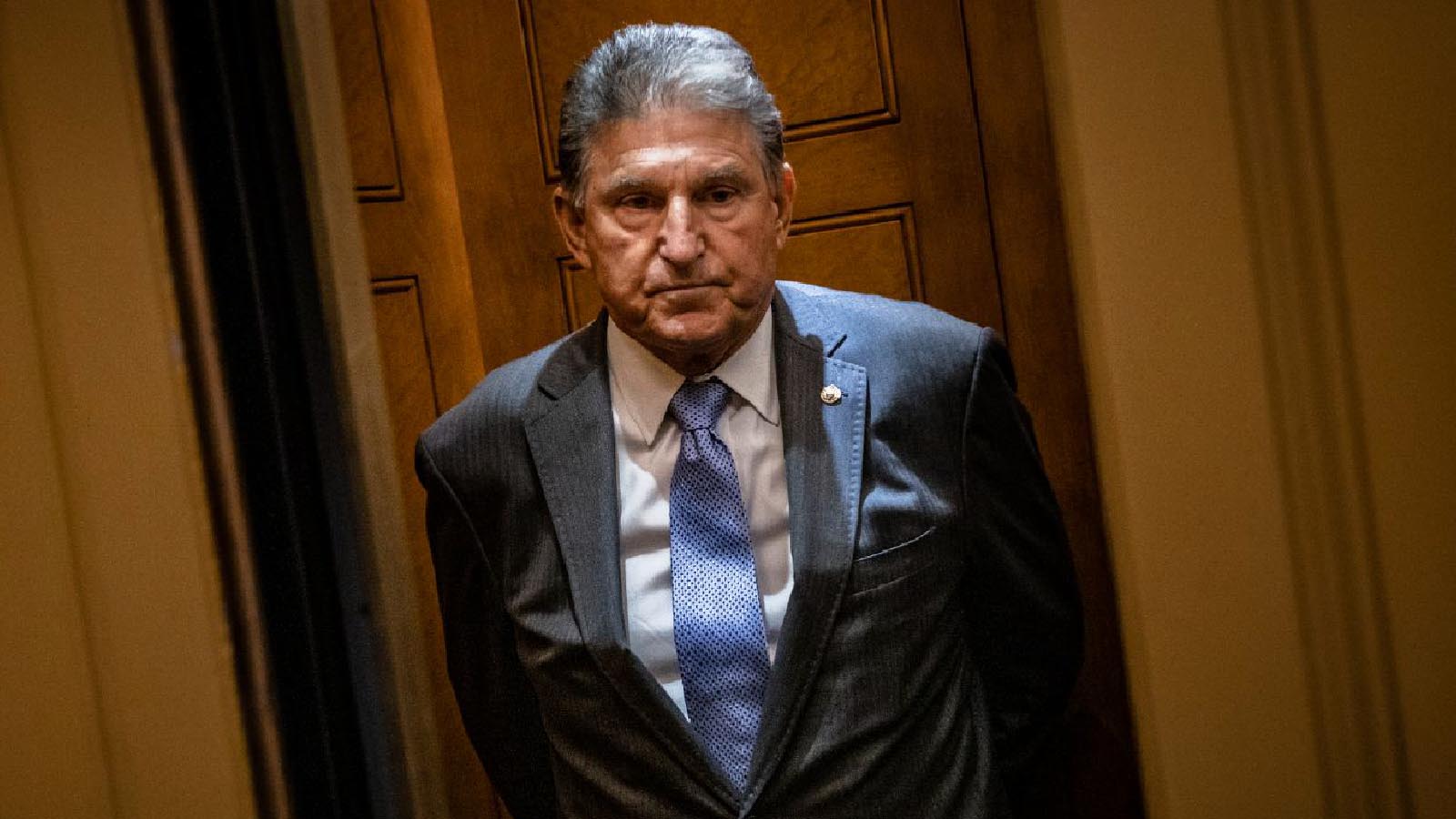 Democratic lawmakers are calling for new gun control legislation in the wake of the racially motivated massacre in Buffalo, New York, last weekend, but once again Sen. Joe Manchin (D-W.Va.) is standing in the way of the most fervent progressives.

President Joe Biden went to Buffalo on Tuesday and visited with the families of 10 people who were killed and three others wounded by a white supremacist gunman. In a speech, the president denounced the attack as an act of “domestic terrorism,” condemned white supremacy, and renewed calls for a federal ban on so-called “assault weapons.”

“There are certain things we can do. We can keep assault weapons off our streets. We’ve done it before. I did it when I passed the crime bill,” Biden said, referring to the 1994 Violent Crime Control and Law Enforcement Act, which included a 10-year assault weapons ban.

But Manchin, speaking to reporters shortly before Biden spoke, gave his realistic assessment that in the 50-50 Senate, the only gun control legislation that has a chance of passing is a bipartisan compromise on background checks that previously failed. That bill, named for Manchin and his chief co-sponsor, Sen. Pat Toomey (R-Pa.), would expand federal background check requirements to all advertised commercial sales, including sales at gun shows and over the internet.

“I support the Manchin-Toomey, I’ve always done that,” Manchin told reporters, according to The Hill. “The Manchin-Toomey is the one. I think if you can’t get that one, then why try to do something just for basically voting for the sake of voting?”

While some Democrats want action on a universal background check bill that passed the House in March last year, the West Virginia moderate has previously said that bill goes too far because it would extend to private transactions, such as those between neighbors, hunting buddies, or even family. The Manchin-Toomey bill exempted those transactions.

“The best piece of legislation that we’ve ever had, that most people agreed on, was the Manchin-Toomey. We didn’t infringe on anyone’s rights privately,” Manchin said.

But if Manchin-Toomey was the bill “that most people agreed on,” that wouldn’t mean much — the bill failed in 2013, coming six votes short of the 60-vote threshold to overcome a filibuster at a time when a stronger Democratic majority held the Senate. Only two Republicans voted for it, Toomey and Sen. Susan Collins (R-Maine).

It is far more unlikely that 10 Republicans would cross the aisle to vote for any sort of gun control bill this year, especially before the midterm elections in November.