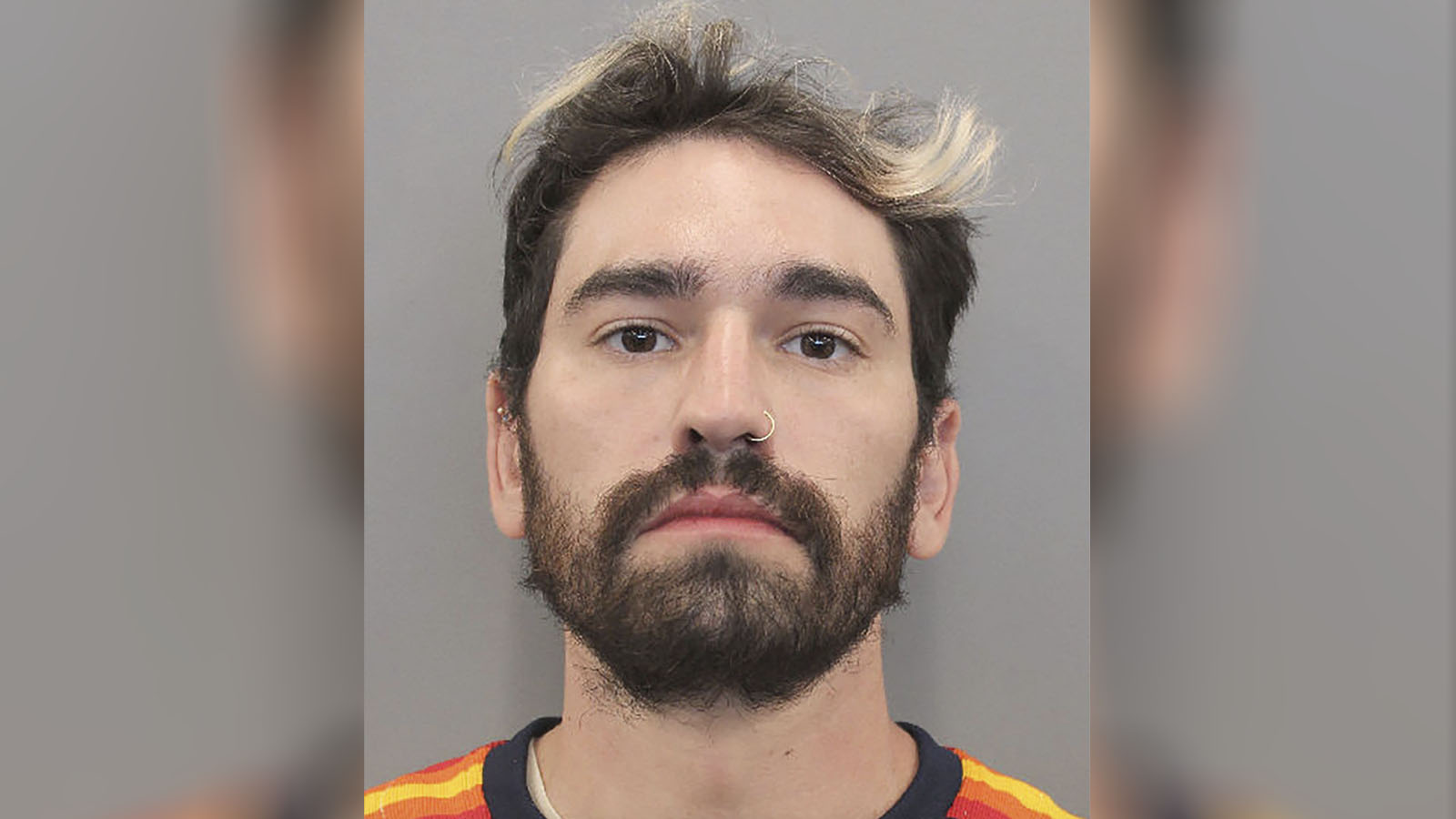 The man who’s been accused of hurling two full cans of hard seltzer at Sen. Ted Cruz during the Houston Astros World Series victory parade Monday has been identified — as prosecutors revealed he shamefully admitted “I am an idiot” while being arrested.

Joseph Arcidiacono, 33, made his initial court appearance overnight and was charged with felony aggravated assault with a deadly weapon.

A judge set the suspect’s bond at $40,000, despite a public defender’s argument that the aluminum cans did not meet the requirements to be considered deadly weapons.

Arcidiacono was released from jail after being ordered to wear a GPS ankle monitor, stay at least 1,000 feet away from Cruz’s work and home, and avoid making threats against him, reported the station ABC13.

As he was being taken into custody, the seltzer-slinging suspect told cops: “I know, I’m an idiot. I’m sorry,” according to prosecutors.

The GOP senator was riding atop a military Humvee with his family during the parade in Houston celebrating the Astros’ second World Series title in six years when he was met with loud jeers and rude gestures from the crowd.

As the vehicle was driving in the 2400 block of Smith Street, two unopened cans of hard seltzer were hurled at Cruz, as seen in a viral cellphone video.

One of the aluminum containers missed the senator, but the other struck him in the forearm, according to court documents. Cruz did not require any medical attention.

Prosecutors said a witness grabbed Arcidiacono as he was fleeing after tossing the cans and marched him to police officers who were present at the scene.

Cruz later thanked law enforcement officials for their swift actions in a tweet — and also took a swipe at his alleged attacker.

“As always I’m thankful for the Houston Police and Capitol Police for their quick action,” Cruz wrote. “I’m also thankful that the clown who threw his White Claw had a noodle for an arm.”

Arcidiacono is due back in court Wednesday.