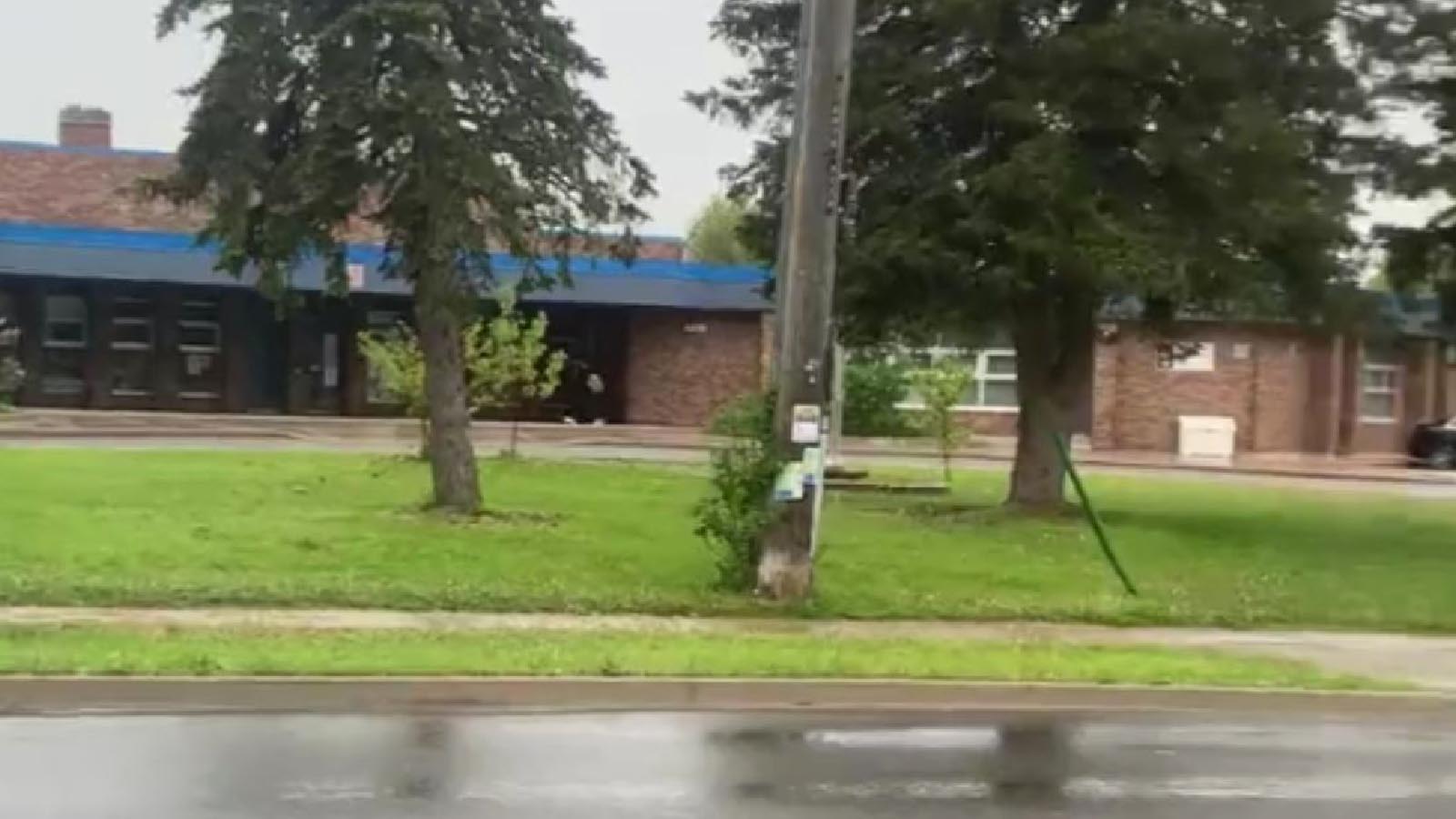 With tensions running high in the aftermath of the Uvalde, Texas, school massacre this week, police in Toronto shot and killed a man with a weapon near an elementary school on Thursday.

The man, 27, wound up being armed with a pellet gun, the Special Investigations Unit of Ontario said, according to CityNews.

The gun was recovered at the scene after the man was killed, the unit said.

Police said they were called to the area of the William G. Davis Junior Public School at about 1:30 p.m. Thursday after witnesses reported seeing a man with a rifle.

Toronto Police Chief James Ramer said the responding officers were confronted by the man, but Ramer did not provide details, including the man’s name.

Witness Mike Grieve said the incident took place about 100 meters from the school.

“I drove around the neighborhood and heard that they were looking for someone armed with an assault rifle, and they ended up shooting him,” Grieve said, per CityNews.

Steve Matthews, whose son attends the school, said he had seen the man pacing back and forth with the gun.

“I don’t even know how I feel at this moment. Still just in shock that this could happen, but I am just glad everyone is safe,” Matthews said. “I saw a gentleman [near] school property walking with a rifle on his shoulder, pacing back and forth.”

“I just saw that he kept pacing, so that’s when I decided to park and run inside [the school] and make sure 9-1-1 was contacted.”

A woman named Tracy, whose last name was not given and whose daughter, Chailyne, attends the school, said she heard two gunshots.

After the tragedy at the school someone in Toronto walks around a school with a shot gun the man was shot down and later came to believe he was using a BB Gun.

“It’s been scary until we could pick them up,” Tracy said.

“Literally, I felt like my brain was on the floor when I ran out here and found out this happened near the children’s school. I am still shaking.”

The school and two other schools nearby were placed on lockdown during the incident.

“Given recent tragic events, I can’t imagine the fear felt by kids, teachers and parents until the lockdown was lifted,” Toronto Mayor John Tory said.

“No one should have to feel that fear, and I’m so thankful everyone in the school was able to safely go home tonight. Thank you to police for the work they do every day to keep our city safe.”