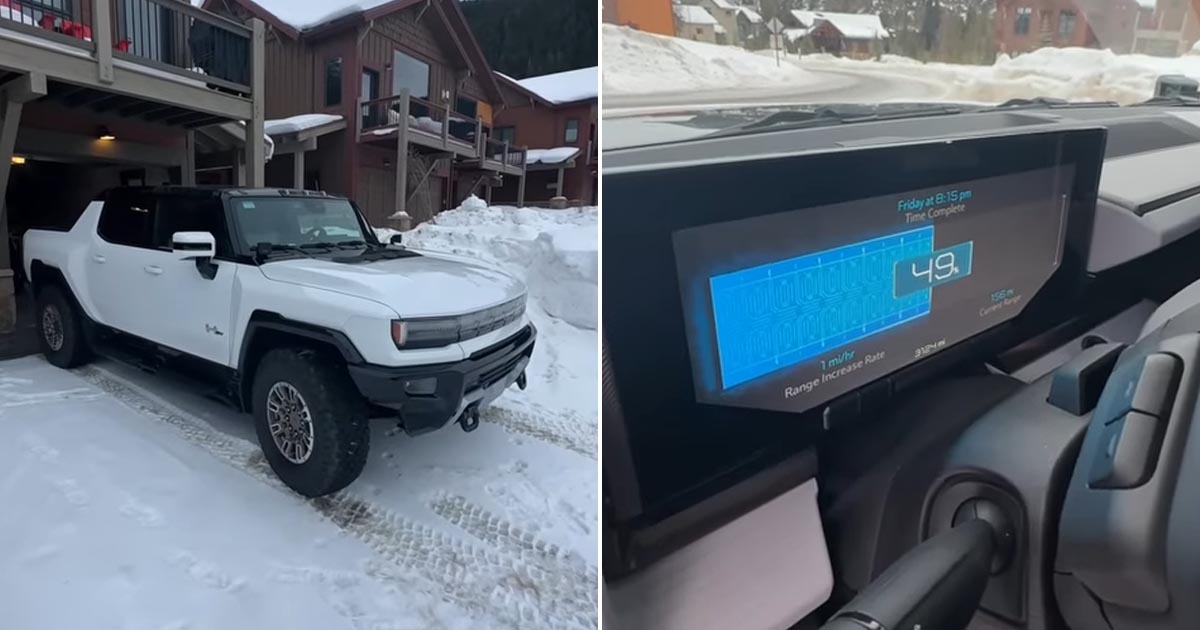 A man plugged in his electric vehicle at home and learned that recharging it would not be a timely venture.

YouTuber TFLEV shared that on Sunday, while at home, he plugged in his brand-new electric Hummer truck, which has a 250kwh battery, only to find that it would take several days for him to get a complete charge.

“That’s what happens when you try to charge the largest battery truck using a 120 outlet,” he added.

Coltura, a nonprofit organization supporting the use of EVs, suggested Level Two chargers can cost “from $500 to $2,000 before installation” and require 250V circuitry.

The current colder temperatures affecting much of the United States have also been noted as having an impact on charging rates.

A brother and sister duo rented a Tesla in December to find that the battery drained faster than it would charge.

Another electric truck user recently ran into range troubles when trying to tow 10,000 pounds with the Rivian R1T in 34-degree weather.

Earlier this month, Tesla was fined for not disclosing that the electric vehicle has a shorter driving range in colder temperatures.