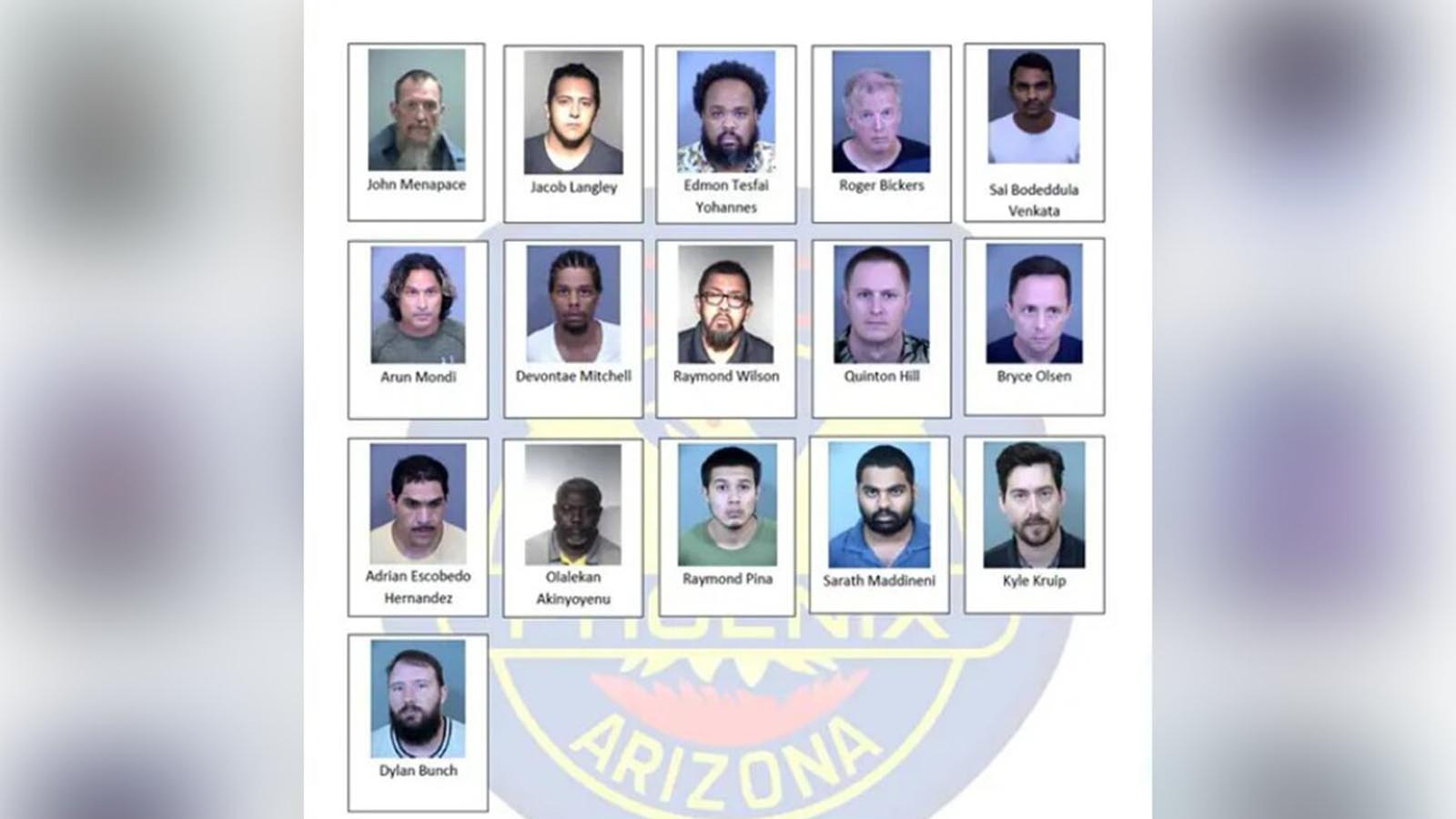 Authorities have arrested 16 suspects in Arizona in connection with child sex crimes and human trafficking.

According to Phoenix Police, the department coordinated with other law enforcement agencies for “Operation Tangled Web,” an undercover operation targeting the “demand for child sex crimes and human trafficking.”

In carrying out the operation, undercover detectives posted advertisements on websites that are “commonly sought out by suspects seeking illegal sex acts,” the department said, FOX 10 reported.

“The Phoenix Police Department routinely conducts operations of this type with our local, state and federal partners in a continuous effort to reduce the demand that fuels child sex trafficking and the exploitation of children in our community,” they continued. “The following suspects solicited various sex acts from minors and were arrested.”

Detectives posed as minors online for weeks and engaged in conversations with the suspects.

“Typically during the end of the conversation, they might want to meet up somewhere and go through with what was already suggested or solicited,” Phoenix Police Sgt. Melissa Soliz said.

Phoenix Police were assisted by the Tempe and Mesa police departments, the FBI, the Maricopa County Attorney’s Office and the Department of Homeland Security.

The agencies conduct child sex sting operations frequently, showing that there are ample cases in which individuals solicit sex from minors.

“There’s never enough times to do this. These people need to be taken off the streets, and unfortunately, it’s incidents like this or operations like this that help us catch them before they’re able to victimize a child,” Soliz said.

Soliz said suspects in these crimes often go unsuspected by the people in their lives.

“We don’t know who these people are because they have regular working jobs, white collar, blue-collar jobs, and in order to catch them, we need them to commit the act,” he said.