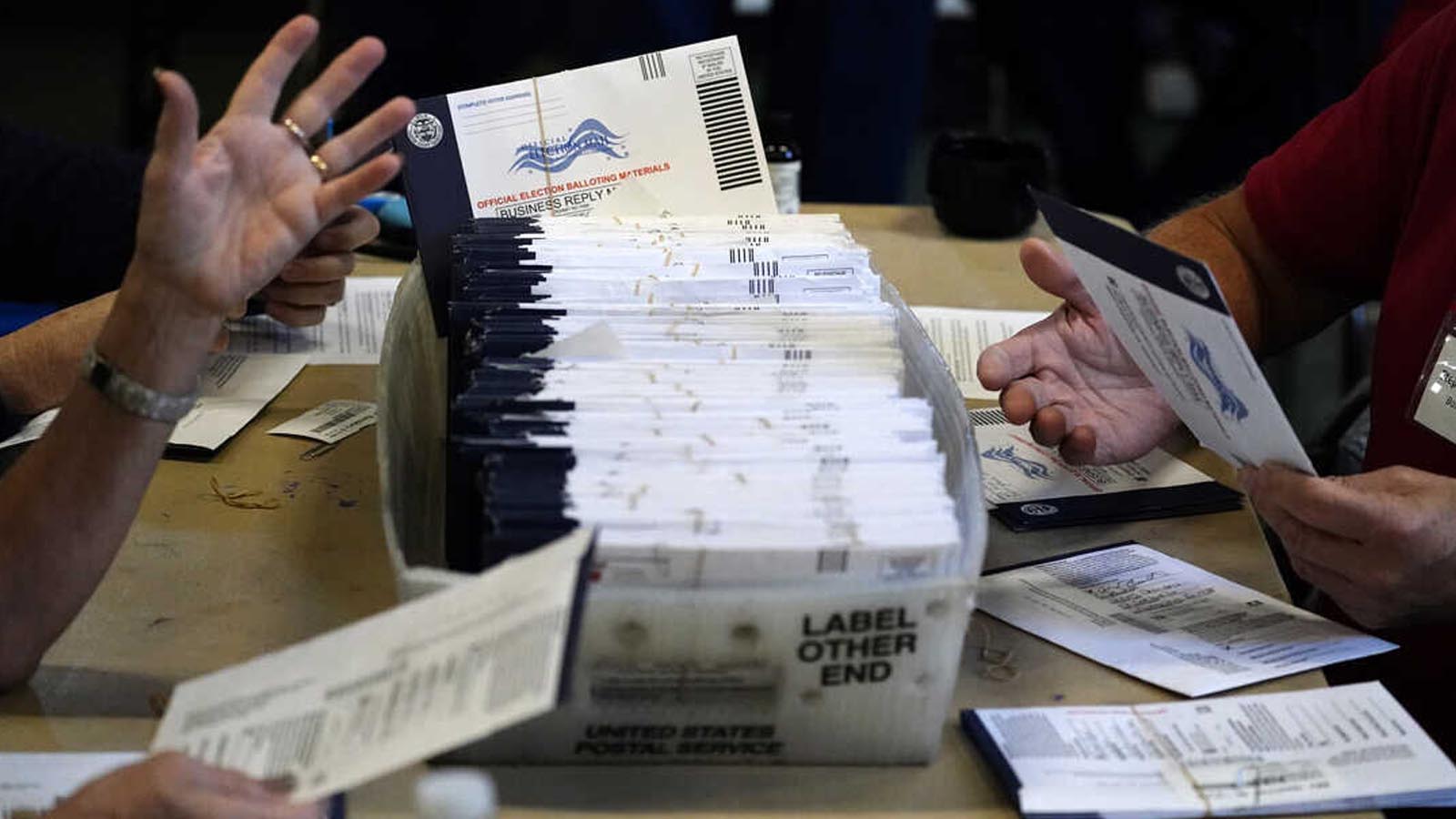 In a joint statement, RNC Chairwoman Ronna McDaniel, NRCC Chairman Rep. Tom Emmer (R-MN), PAGOP Chairman Lawrence Tabas noted “as the Pennsylvania legislature and U.S. Supreme Court have made clear, undated mail-in ballots should not be counted” and pledged that “Republicans are holding Pennsylvania Democrats accountable for their brazen defiance of the Supreme Court and the rules duly set by the legislature.”

“Pennsylvania Democrats have a history of election integrity failures and Pennsylvanians deserve better,” the joint statement continued. “This lawsuit is the latest step in Republican efforts to promote free, fair, and transparent elections in the Keystone State.”

As the Republicans’ lawsuit explains, Pennsylvania requires that “a voter who uses an absentee or mail-in ballot ‘shall…fill out, date and sign the declaration’ printed on the outer envelope of the ballot.” The Pennsylvania Supreme Court has previously upheld that law, ruling any absentee or mail-in ballot that does not comply with the law “is invalid and cannot be counted in any election after the 2020 general election.”

What’s more, Pennsylvania’s official election information portal explicitly explains that ballots submitted without the declaration section on the return envelope properly completed “will not be counted.”

But, according to the Republicans’ lawsuit, Pennsylvania’s acting Secretary of State is apparently directing local officials to include ballots that are not properly filled out, signed, and dated despite SCOTUS’ recent decision to vacate a Third Circuit opinion that sought to allow the counting of improperly completed mail-in or absentee ballots:

A panel of the Third Circuit held that the federal materiality statute—which touches on election officials’ determination of whether an “individual is qualified under State law to vote”… somehow preempts the date requirement. The U.S. Supreme Court vacated that holding last week… And when addressing a request for a stay earlier in that case, three Justices even opined that the Third Circuit’s holding is “very likely wrong” on the merits because it rests upon a misconstruction of federal law…

Nonetheless, following the Supreme Court’s vacatur order, the Acting Secretary of the Commonwealth has doubled down on guidance that purports to direct county boards of elections to “include[] in the canvass and pre-canvass . . . [a]ny ballot-return envelope that is undated or dated with an incorrect date but has been timely received”…The Acting Secretary premised that statement on an unpublished, non-precedential decision of the Commonwealth Court adopting the Third Circuit’s now-vacated reasoning that the date requirement is invalid.

So multiple courts have upheld or preserved the Pennsylvania law requiring mail-in and absentee ballots to be properly completed, dated, and signed in order to be counted — but Pennsylvania’s acting Secretary of State has said the Keystone State will ignore the SCOTUS ruling and continue instructing officials to count ballots that don’t meet the standard set by Keystone State lawmakers. And the acting secretary is not being quiet about the decision to flaunt the law, either, going as far as tweeting that absentee or mail-in ballots that don’t meet legal criteria for counting will be counted:

Every county is expected to include undated ballots in their official returns for the Nov election, consistent with guidance & @CommCtofPA decision. Today’s order from SCOTUS vacating Third Circuit’s judgment on mootness grounds does not affect the prior decision of @CommCtofPA. pic.twitter.com/eDiYpvLZYV

Again, the PA Department of State’s election information site explains, quite clearly, “if you do not complete the declaration on the return envelope your ballot will not be counted.”

Hence Republicans’ lawsuit seeking a ruling to “uphold the General Assembly’s date requirement for the imminent 2022 general election and beyond” and “a declaration that the date requirement is valid and mandatory, and that the Acting Secretary’s contrary guidance is invalid.” The lawsuit also seeks to have the Court “immediately issue an order directing county boards of elections to segregate any undated or incorrectly dated ballots received for the 2022 general election” as early voting is already underway in Pennsylvania.