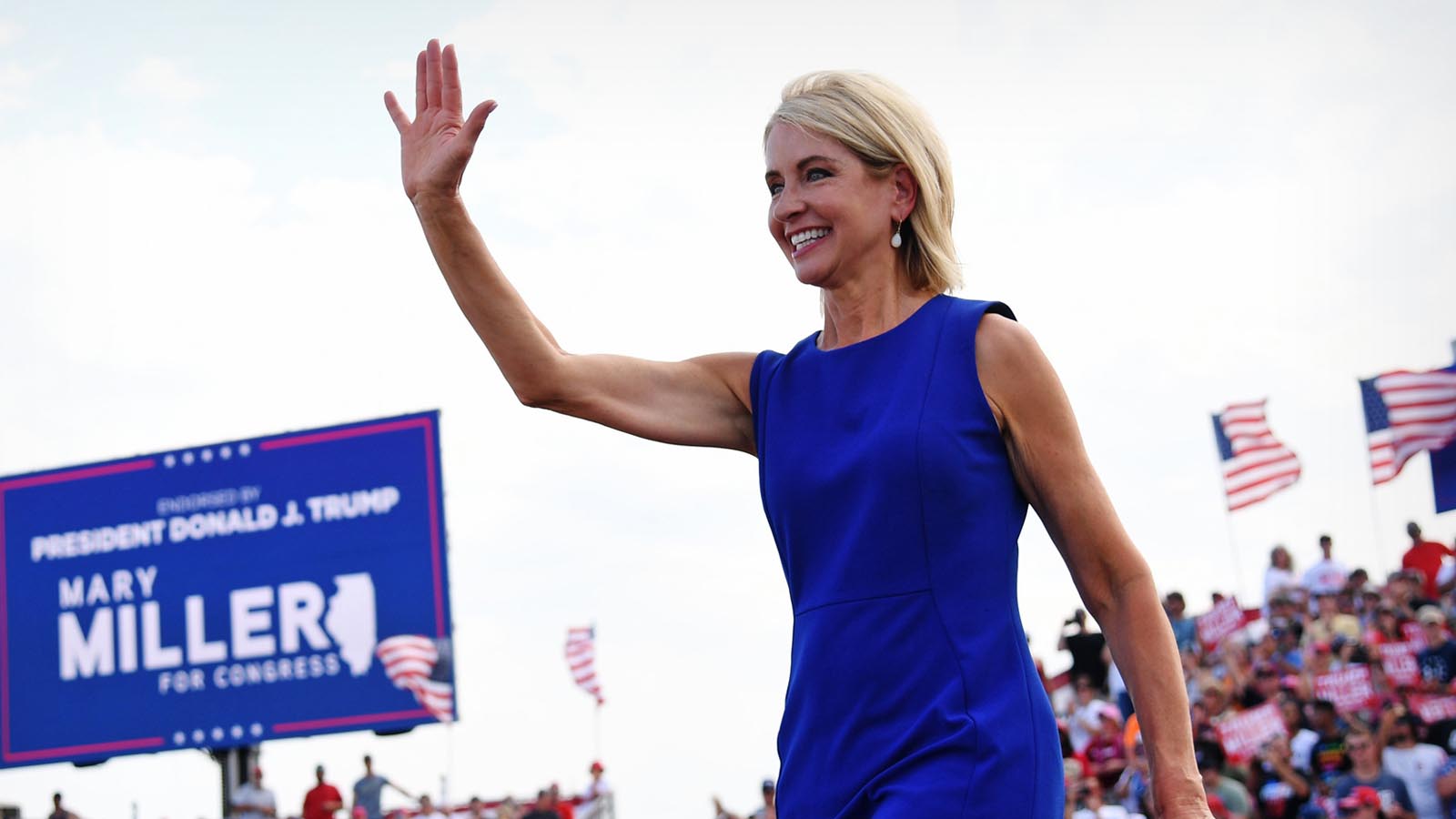 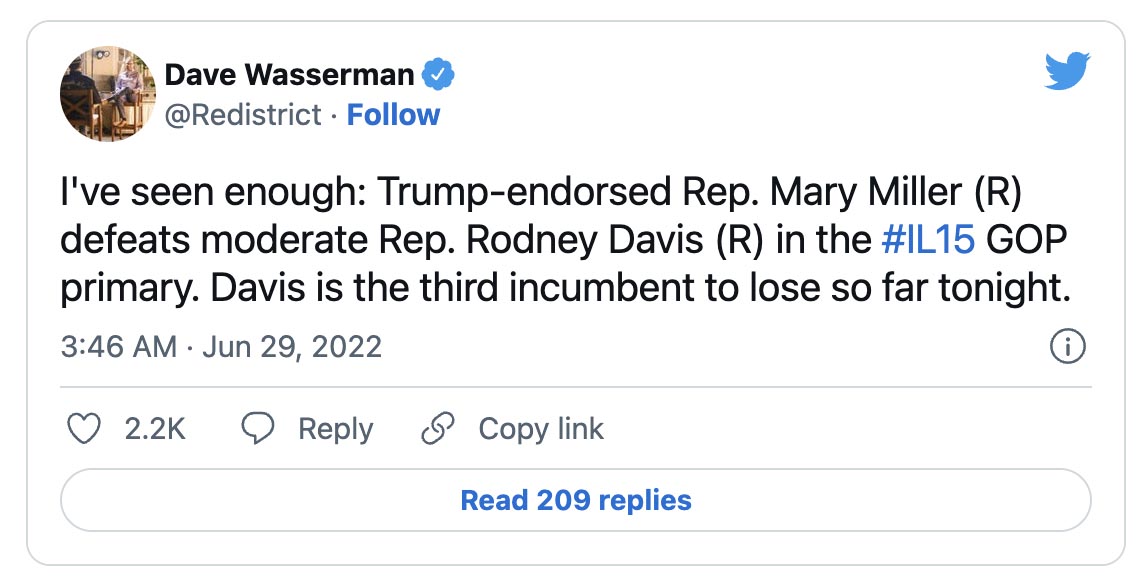 The victory follows weeks of Miller drawing a stark contrast between herself and Davis — the latter of whom voted for twice failed presidential candidate Hillary Clinton.

“My opponent Rodney Davis voted against Trump. He helped Hillary. He said he voted for Hillary in 2016, which is outrageous, such a betrayal of his constituents,” Miller said during an appearance on Breitbart News Saturday.

For even further perspective, Miller noted that, had Davis had his way, Hillary Clinton would be president, and the U.S. would “have had the most liberal court in history.” In other words, the recent victories for life and the Second Amendment would not have occurred.

“And not only would we not have had this victory overturning Roe v. Wade, but it would have been a complete slaughter of our Second Amendment rights too,” Miller explained, framing the race as “MAGA versus establishment RINO.”

Miller said during the interview, identifying herself as an America First supporter:

They have betrayed the American people, their constituents, the Constitution, definitely our Second Amendment rights … an important issue to my constituents. My opponent has long been a supporter of red flag gun confiscation. My opponent voted for the sham witch hunt, the January 6th Commission.

Miller appeared alongside former President Trump during a rally in Mendon, Illinois, on Saturday, thanking him for the “historic victory” for life in the Supreme Court on behalf of all “MAGA patriots in America.”

However, Davis has accused Miller of “catering to the extremes,” concluding that “she is not fit for public office.”