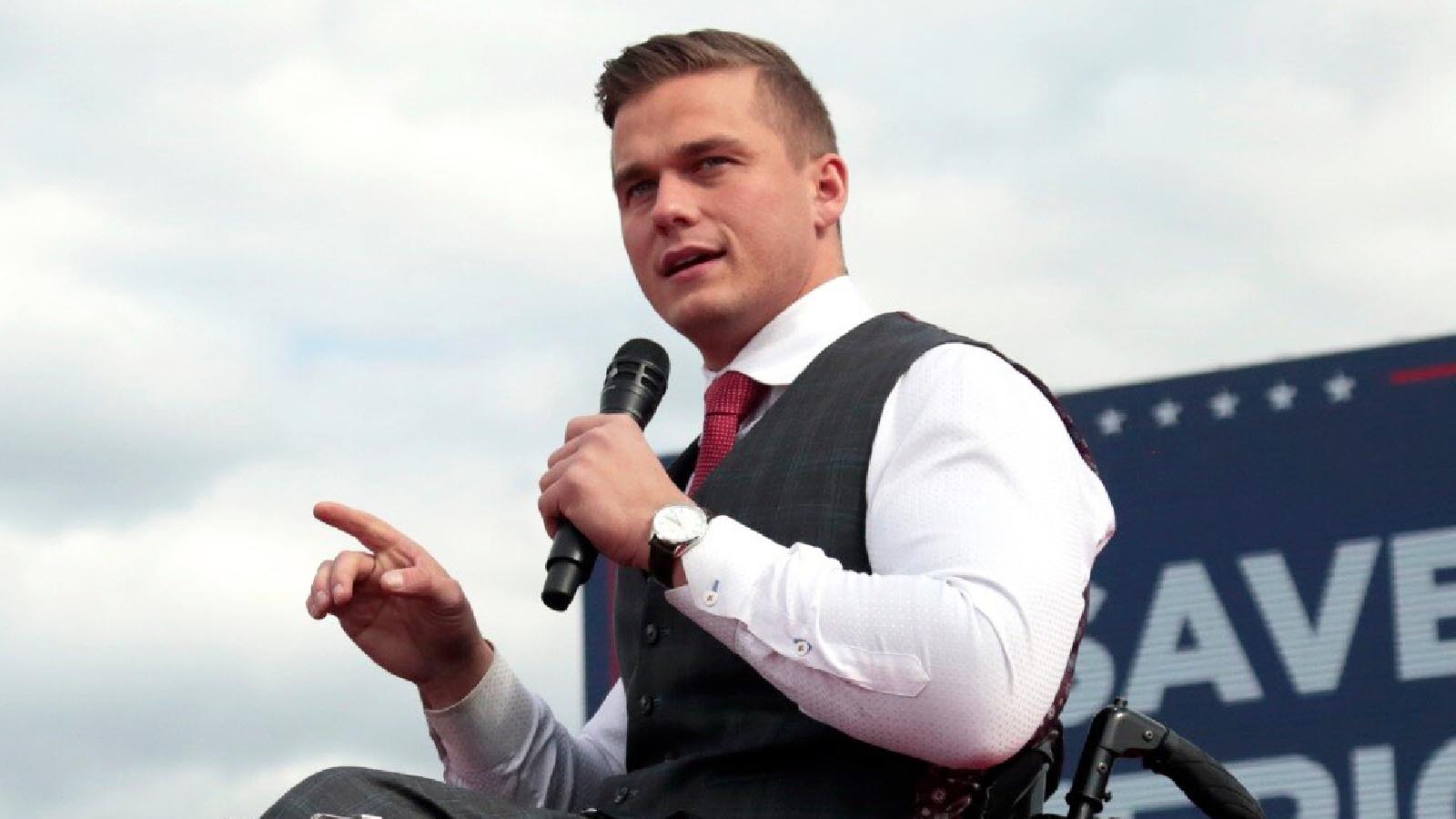 The Republican primary contest for North Carolina’s 11th Congressional District took several wild turns in the final weeks of the campaign but, on Tuesday night when polls closed and the votes were tallied, state Senator Chuck Edwards pulled off victory in the eight-way race for the Republican nomination, narrowly toppling the Trump-endorsed incumbent Rep. Madison Cawthorn. 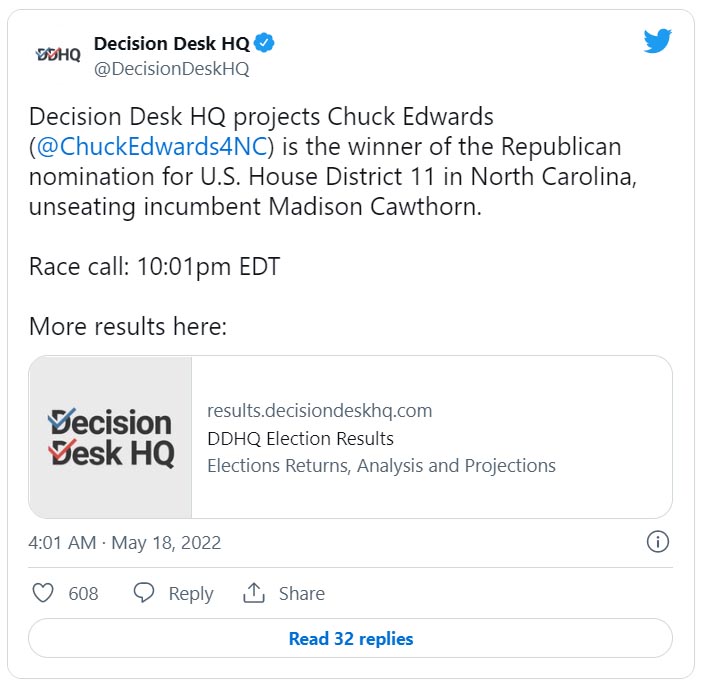 At the time Decision Desk HQ called the race just after 10:00 p.m. ET, Edwards was ahead of Cawthorn by roughly 1,500 votes, edging out the incumbent by roughly 33-31 percent in the crowded primary. The next-closest contender was Matthew Burril who received 9.5 percent of the vote.

At his Tuesday evening victory party, state Sen. Edwards told his supporters that Rep. Cawthorn had called and conceded the race.

Chuck Edwards just told his watch party crowd that @RepCawthorn called to concede in #NC11 GOP primary, per @WestfallAustin who's in the room

While President Trump backed Cawthorn, North Carolina Republican U.S. Senator Thom Tillis endorsed Edwards in his bid to unseat the incumbent. “The 11th Congressional District deserves a congressman who is fully dedicated to serving their constituents,” Tillis said in his endorsement of Edwards. “Unfortunately, Madison Cawthorn has fallen well short of the most basic standards Western North Carolina expects from their representatives, and voters now have several well-qualified candidates to choose from who would be a significant improvement. Tillis called Edwards “the best choice” for primary voters, and North Carolina’s GOP primary voters apparently agreed.

Nevertheless, former President Donald Trump stood by Cawthorn in the waning days of the campaign as negative stories mounted, and even doubled-down on his endorsement of the freshman congressman this week. “When Madison was first elected to Congress, he did a great job,” Trump said in a post on Truth Social before the primary, but acknowleded “[recently], he made some foolish mistakes, which I don’t believe he’ll make again…let’s give Madison a second chance!” Trump said.

Full county-by-county GOP House Primary results from North Carolina, including the 11th, can be viewed below.