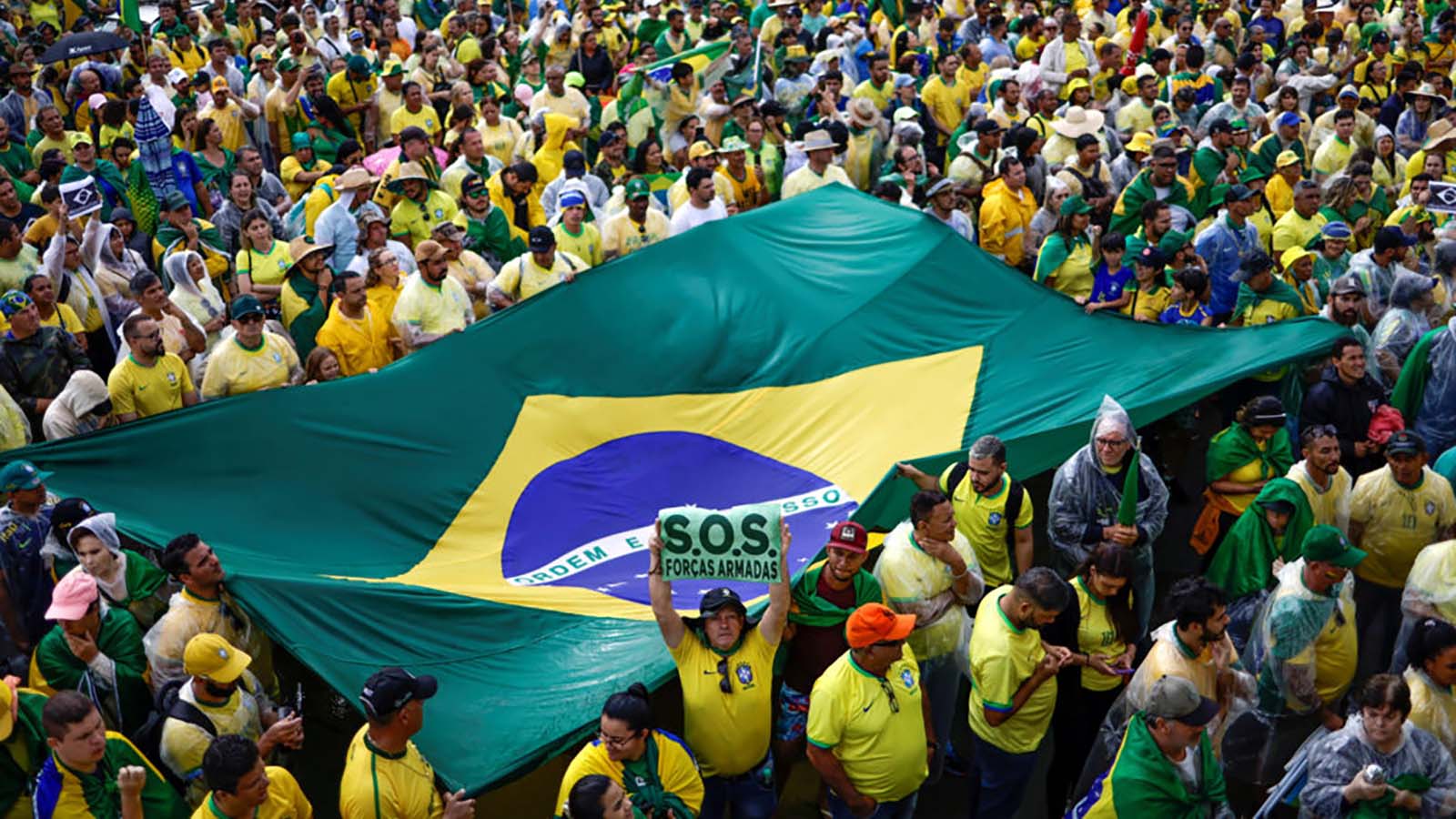 Jane Zirkle at The War Room reported on Sunday that Brazilian Justice Inspector, Minister Luis Felipe Salomao. who was appointed as a minister by then-President Lula da Silva back in 2008, signed an order allowing child services to take children away from election protesters.

Since October MILLIONS of Brazilians have taken to the streets to protest what they claim was a stolen election from populist President Jair Bolsonaro.

From the tweet below: (translated) Around 22:00 hours (11/18/22) the Tutelary Council tried to remove children from their parents, in front of the Army Battalion on Av.Fernandes Lima – Maceió-AL

The Brazilian protesters pushed the child services representatives away from the crowd.

Mainstream media such as O Globo refuse to report on what may be the largest protests the world has ever seen, fueling even more rage and disappointment among the Brazilian people.

Supreme Court Minister Alexandre de Moraes ordered the blocking of the bank accounts of at least 42 individuals and companies in Mato Grosso, suspected of financing the protests, CBN reported.

“The list was made by the Federal Police and the Federal Highway Police at the request of Moraes himself, upon receiving the news that 115 trucks had moved to Brasília, with the aim of reinforcing the acts, at the headquarters of the Army’s General Headquarters (QC). The decision was forwarded to the Central Bank last Saturday,” the outlet reported.

“In the decision, the minister stated that the rights to strike and assemble are guaranteed by the Federal Constitution. However, he said that the acts carried out since the first week of November are “anti-democratic” and “illegal.”