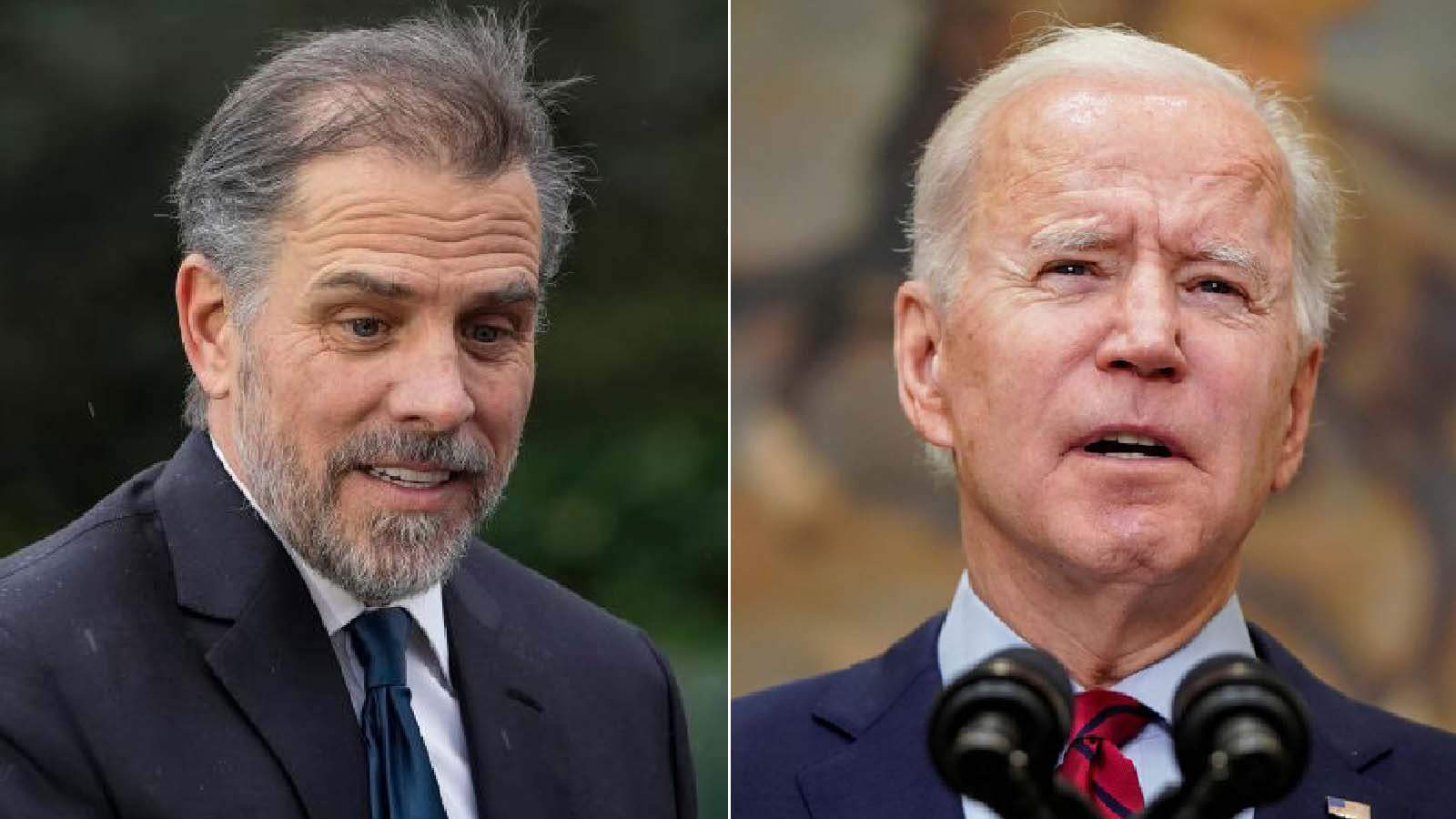 Hunter Biden bragged to a friend that his father Joe Biden will do anything he tells him to in new audio retrieved from the first son’s abandoned ‘laptop from hell.’

The Washington Examiner published audio from December 2018 of Hunter Biden bragging that Joe Biden will basically adopt his political positions and do what he says.

This is very telling considering Hunter Biden was financially tangled with businessmen linked to the Chinese Communist Party.

Hunter also sat on the board of Burisma Holdings, a corrupt Ukrainian natural gas company.

“He’ll talk about anything that I want him to, that he believes in,” Hunter Biden said about his father Joe Biden. “If I say it’s important to me, then he will work a way in which to make it a part of his platform. My dad respects me more than he respects anyone in the world, and I know that to be certain, so it’s not going to be about whether it affects his politics.”

Joe Biden also previously said his son Hunter, a crack addict and raging alcoholic who spent most of his money on hookers, is the smartest man he knows.

“All those fears you think that I have of people not liking me or that I don’t love myself … I don’t fear that. You know why I don’t fear that? Because the man I most admire in the world, that god to me, thinks I’m a god,” Hunter Biden added in the 77-minute recording, which was taped about five months before Joe Biden launched his successful 2020 presidential campaign in late April 2019, the Examiner reported. “And my brother did, too. And the three of us, it was literally — I had the support to know I can do anything.”

Hunter Biden recorded himself boasting that his father will adopt political positions at his command, footage obtained from a copy of his abandoned laptop shows.

The recording was located on a copy of Hunter Biden’s abandoned laptop within a password-protected backup of his iPhone XS. Konstantinos “Gus” Dimitrelos, a cyber forensics expert commissioned by the Washington Examiner, located the password during his examination of the hard drive.

In the recording, Hunter Biden bragged to his friend, British artist Phillipa Horan, that he was “better than anybody you know” as the pair discussed matters ranging from Joe Biden’s presidential aspirations, Hunter Biden’s struggles with addiction, an art project the two were working on together, and philosophical musings on how to live a fulfilling life.

The conversation was taped at a house in Plum Island, Massachusetts, amid the throes of Hunter Biden’s addiction to crack cocaine.

“Have you ever thought about this: Maybe this is the greatest thing that f****** ever happened to me,” Hunter Biden mused to Horan about his addiction to the Schedule II narcotic. “Maybe this is literally the continuation and the continuum of what is going to be the thing that makes me the person that my father believes I am.”

Horan asked Hunter Biden at one point in the recording what his father says about his crack addiction.

During the discussion, Horan asked Hunter Biden if his father would talk about drug reform if he becomes president.

“He’s going to talk about drug reform and any other things that I want him to,” Hunter Biden responded.