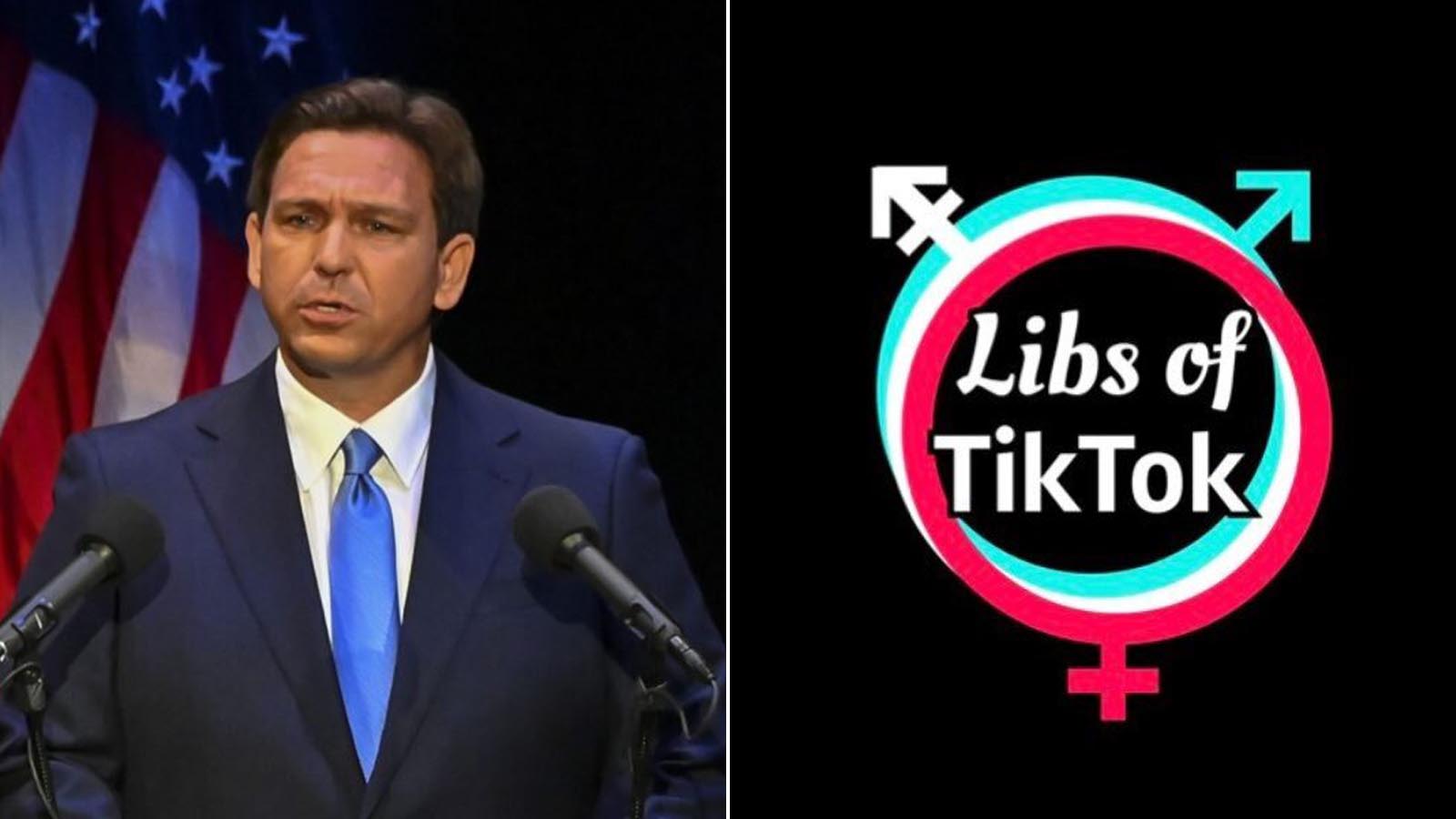 It looks like Florida governor Ron DeSantis is, like many of us, a fan of the Twitter account, Libs of TikTok. Run by Chaya Raichik, former real estate agent and current kryptonite to leftists everywhere, the account showcases the absurdity of woke social media users who proudly flaunt their efforts to indoctrinate others, often young children, into their warped ways of thinking. The brilliance of the account is that Raichik simply holds a mirror up to the depravity and lets it speak for itself, with a dash of commentary to put things in perspective. She started the account in November of 2020 and has amassed 1.7 million followers (not to mention the wrath of the left for highlighting their nonsense).

Because Chaya Raichik is so effective at exposing the left for who they truly are, she has naturally become a target. We know from the still-unfolding Twitter files that the left will use any and all means necessary to silence their critics or anyone they see as a threat to their power. One of the more insidious tools in their arsenal is doxxing, the practice of publishing private information on the internet, presumably with the hopes that an angry cabal of jackbooted thugs will descend upon a private citizen and hound them into silence … or worse. It’s a vile form of “activism,” but that’s just libs being libs. They do it to high-profile people like conservative Supreme Court justices and they do it to private citizens like Chaya Raichik.

Amazingly, Raichik had been able to keep her identity — and her face — anonymous for the first eighteen months that her account existed and grew in popularity as she spotlighted the many misdeeds of the left. That all changed in April of this year when the tiresome activist “journalist” Taylor Lorenz doxxed Raichik in a New York Times article, which made it necessary for Raichik to relocate for her safety. Surely to Lorenz’s chagrin, the Libs of TikTok account remained active and her follower account multiplied like the loaves and fishes.

After joining Tucker Carlson by phone multiple times on his primetime Fox News show, Raichik recently appeared in person on Carlson’s Fox Nation show, “Tucker Carlson Today.” It was the first time she had shown her face, which was noteworthy on its own. But it’s the story she told about what happened after she was doxxed by Lorenz that really left Tucker speechless.

In response to a question from Carlson about the support she received after being doxxed, Raichik revealed that Ron DeSantis offered her and her family a safe place to stay:

When I was doxxed, someone from Ron DeSantis’ team called me. And she said, “The governor wanted me to give you a message. He said if you don’t feel safe — you or your family — if you need a place to go, to hide, to stay, you can come to the Governor’s Mansion. He said we have a guest house for you, and you can come and stay as long as you need.”

Wow. After @libsoftiktok wax doxxed and threatened, @GovRonDeSantis reached out and told her she could stay at the Governor’s Mansion. pic.twitter.com/PVJkqCt12H

The kind gesture by DeSantis speaks volumes about his character and his resolve to never, ever kneel to the woke mob. It looks like he’s found a kindred spirit in Chaya Raichik, who similarly seems to have a spine of steel when it comes to dealing with the perpetually outraged left. Again, the truly funny part about Libs of TikTok account is that it merely puts the left’s own words and actions on blast to the Twitterverse (and beyond), and they can’t stand being exposed in such a public way and being powerless to stop it.