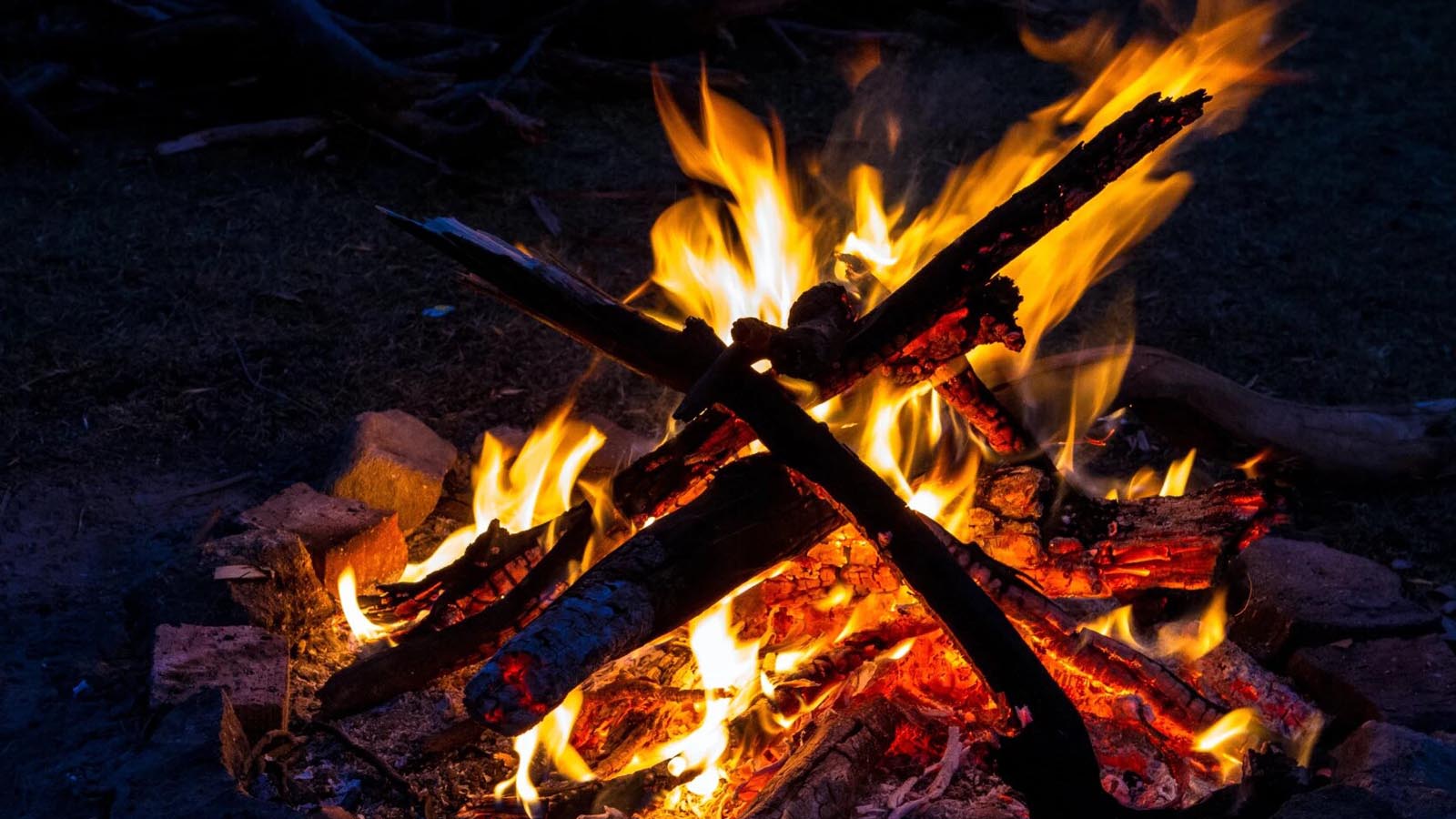 The leftists running San Francisco don’t want to merely throw their citizens back to the Middle Ages with their new “air quality” rules, they want to throw them back to before the Stone Age by banning the burning of wood to warm houses.

On Thursday, the Bay Area Air Quality Management District announced that it was issuing a “Spare the Air” alert to last through Christmas Day which would ban the burning of wood to heat residents’ homes, supposedly due to “excessive pollution” in the area. 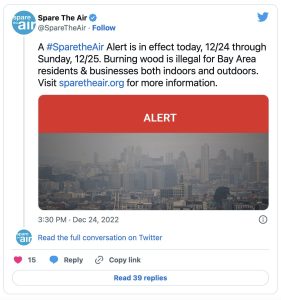 The authority claims that cool temperatures and slow winds will cause smoke from fires to hang too close to the ground and won’t let the smoke rise up and dissipate into the air.

Naturally, it’s all “for the children,” as the agency claims that children are hardest hit by smoky air quality.

This isn’t the first time leftists have targeted limits or even proposed the banning of wood-burning devices for homes. And it won’t be the last.

“Unfortunately, weather conditions are leading to significant smoke pollution buildup throughout the region that is expected to cause unhealthy air quality through the Christmas holiday,” air district interim executive officer Sharon Landers said, according to KBCW.

The rule prevents people in the nine counties surrounding the Bay Area to use fireplaces, wood stoves, pellet stoves, outdoor fire pits or other wood-burning devices. The only exemption is if a home does not have a modern heating system installed.

Oh, and of course there are fines. The government will fine homeowners $100 for the first “offense” and $500 for a second. The fines only go up from there, KBCW notes.

There is also a hotline you can call to narc on your neighbors because no government restriction is complete without a way to coerce people to act as Karen enforcers for the government.

Granted it does not get bitterly cold in San Francisco, but temperatures do get into the 40s, especially during this year’s Christmas, as the entire country has been rocked with plummeting temperatures — even in California.

The weather ahead of Christmas Day was so bad across the nation that by Thursday afternoon, there had been more than 5,236 cancellations and 20,253 delays, according to FlightAware.

Regardless, this is typical of leftists. First, they oppose nuclear power, largely regarded as the cleanest, most stable power source we have in modern life. Then they want an end to coal-burning power plants. This would already put us back before the industrial revolution of the 1700’s.

Now they don’t even want us to burn wood for heat, something humans discovered before the Stone Ages!

Sure, they claim they are all about “renewable energy” such as solar and wind power that could be used to heat our homes, but the truth is, the green energy “revolution” is a dud. Wind and solar simply have no scalable capacity to drive the energy needs of this nation.

It has even been realized that old solar panels are too toxic for landfills, so the waste of “green energy” is worse than its savings.

Wind turbines are no better as animal rights activists have lamented over how they are massive bird killers.

Even in Europe, where environmentalists often rule like tyrants, they only get about 17 percent of their energy and 29 percent of their electricity from renewable sources. And it isn’t because that is all they want to do. It’s because you can’t get much more than that due to the technical limitations or green energy. If you could get more, Europe would be doing it now.

The left-wingers and greenies don’t really want to help us stay warm or cool, though. They want to send us all back to prehistoric days when man was constantly buffeted by the elements, powerless to stay safe and warm.