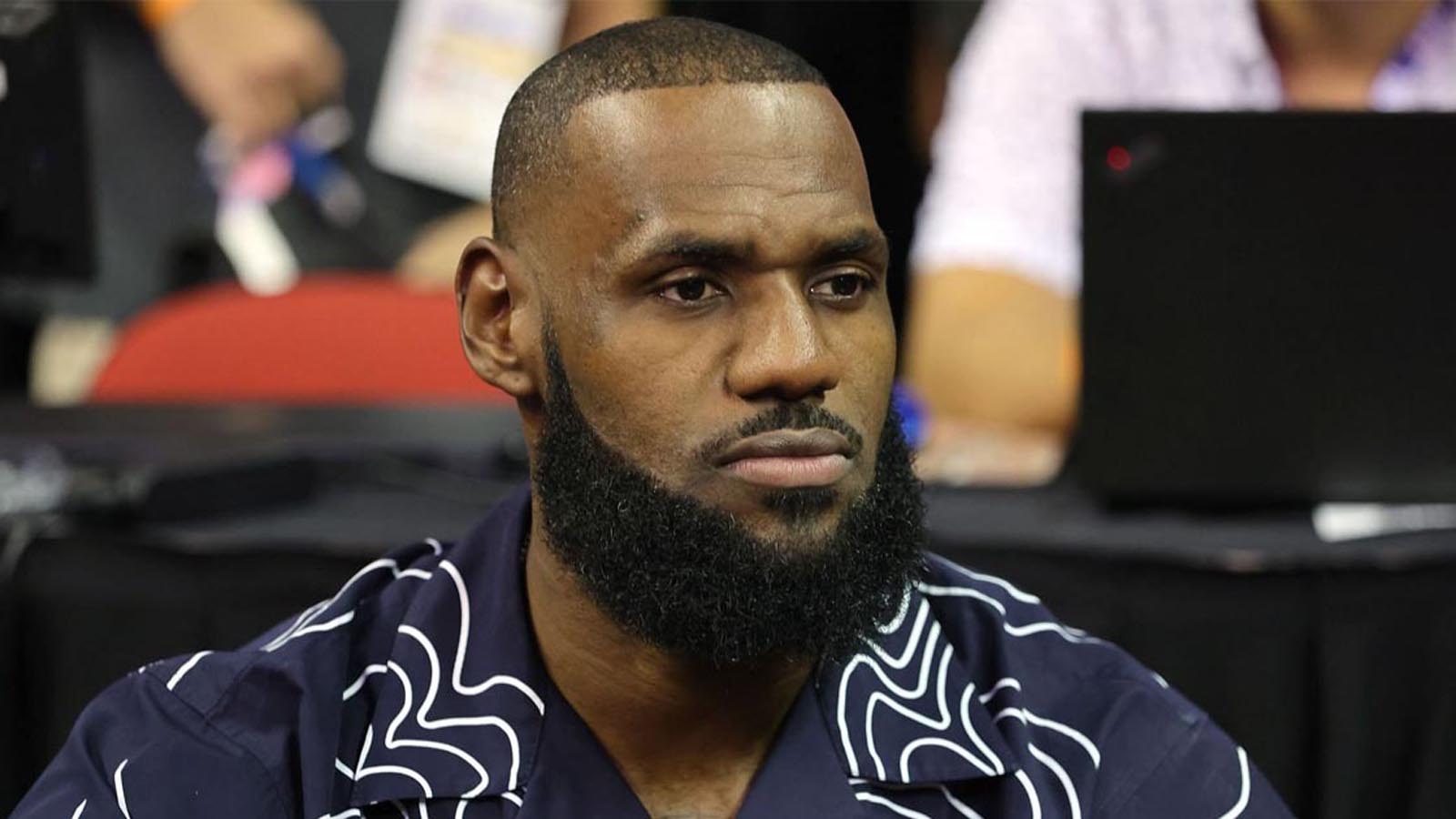 LeBron James did not mince his words as he called out the city of Boston and berated Boston sports fans as racist.

In a conversation on the talk show “The Shop,” James was asked why he hates Boston fans.

WARNING: The following video contains strong language that some viewers will find offensive.

James mentioned that fans have thrown beer on him and worn T-shirts reading “F*** LBJ.”

“I believe they probably sold it at the f***ing team shop,” he said. “The Celtics had something to do with that s***.”

It’s no secret that Boston sports fans are considered pretty obnoxious and intense.

In a 2019 survey, sports fans were asked which fan bases bug them the most, the New England Sports Network reported.

“Boston was a resounding No. 1 in many categories,” NESN reported.

“As for the NBA, Celtics fans came in third as the most annoying at 12.16 percent, with Warriors fans coming in second at 23.81 percent. Lakers fans came in first at 33.79 percent,” the report continued.

Ironically, despite his apparent disgust with the city of Boston, James actually owns a small part of the Boston Red Sox, according to Sportscasting.

James has not shied away from bold comments like this in the past, especially concerning racial issues.

With tweets like, “I’m so damn tired of seeing Black people killed by police,” James has been an outspoken supporter of the Black Lives Matter movement.

I’m so damn tired of seeing Black people killed by police. I took the tweet down because its being used to create more hate -This isn’t about one officer.  it’s about the entire system and they always use our words to create more racism. I am so desperate for more ACCOUNTABILITY

In 2020, James called BLM a “lifestyle” for black people.

“When you wake up and you’re black, that is what it is. It shouldn’t be a movement. It should be a lifestyle. This is who we are.”