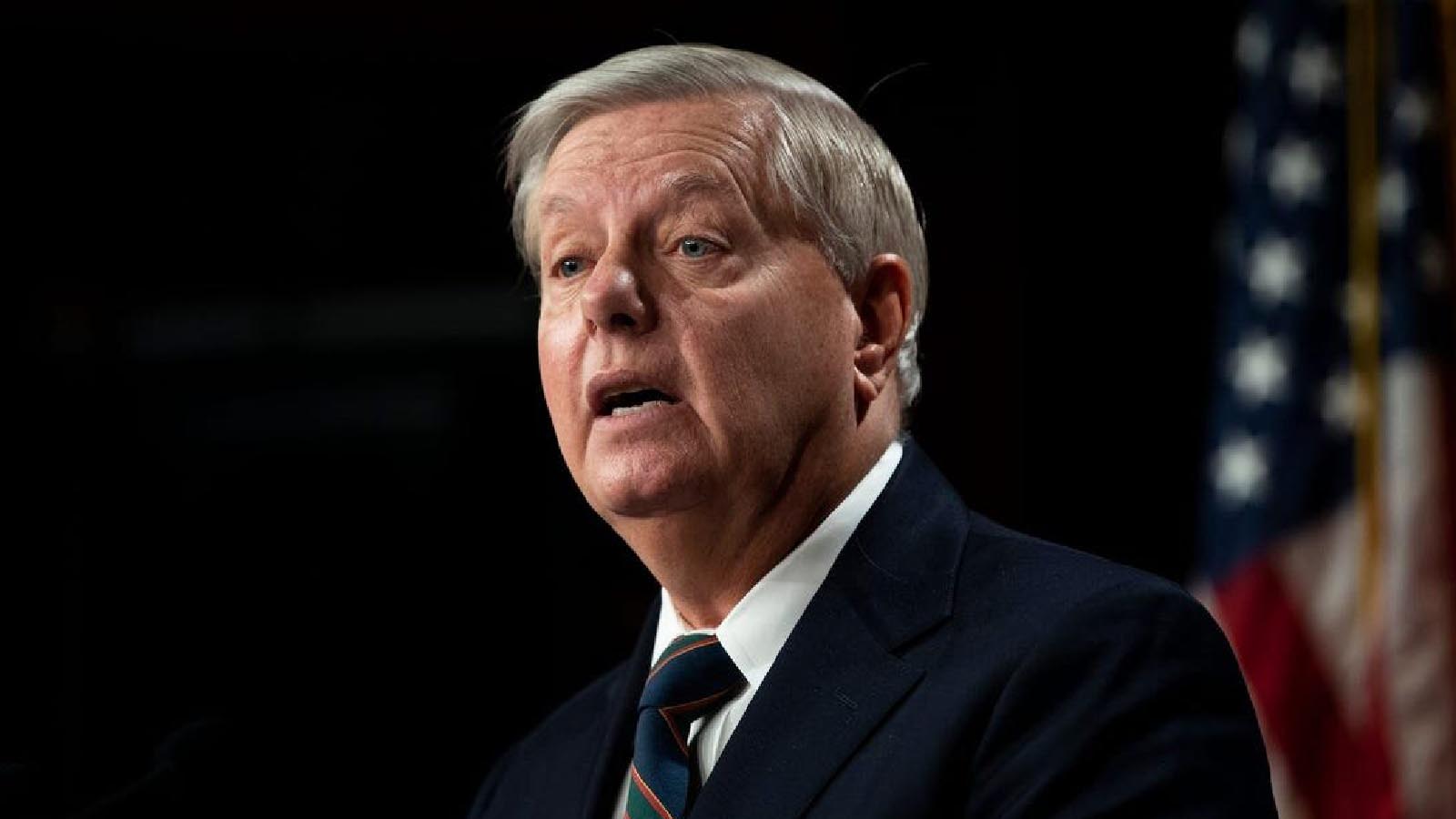 In new audio released by CNN on Tuesday, the Republican senator from South Carolina can be heard praising Democrat Joe Biden as the Jan. 6, 2021, Capitol incursion was ongoing, telling an unidentified individual that the incoming president was “the best person to have” at the moment.

That prediction, as you might have imagined, hasn’t ended well.

(Here at The Western Journal, we’ve been keeping track of RINOs and other establishment Republicans — and how they want to regain control of the party. We’ll keep on bringing America the truth about our elected officials. You can help us by subscribing.)

The audio, aired on “Anderson Cooper 360” Tuesday night, was obtained by Jonathan Martin and Alexander Burns, the New York Times reporters who have authored “This Shall Not Pass,” a recently released tome about the 2020 election and its aftermath.

The main revelations from the book have involved the Republicans who turned on then-President Donald Trump in the wake of Jan. 6.

McCarthy even inquired about invoking the 25th Amendment and evicting Trump from the White House early; that amendment to the Constitution provides a mechanism for removing a sitting president for reasons of unfitness.

McConnell, meanwhile, talked of being “exhilarated” about Trump’s political downfall.

Say what you will about those statements, but none of them praised Joseph Robinette Biden, a mental husk of a man propelled to the presidency by a media enthralled simply by the fact he wasn’t Donald Trump.

Graham, on the other hand, Went There™.

“We will actually come out of this thing stronger. Moments like this reset,” the senator is heard saying in the clip, apparently recorded by the reporters after Graham had been moved to a secure area.

“It’ll take a while. People will calm down. People will [say] ‘I don’t want to be associated with that.’ This is a group within a group. What this does, it will be a rallying effect for a while, where the country says, ‘We’re better than this,’” Graham continued, assumedly referring to those who had entered the Capitol.

Then, about Biden: “He’ll be maybe the best person to have, right? I mean, how mad can you get at Joe Biden?”

You know that point in a predictable movie where some character will utter, “I mean, how much worse can it get?” Then, the ceiling will collapse on top of him as he sits on the floor of a flooded house, or a loud bang will come from the car he’s driving and thick, black smoke will begin pouring out from under the hood? It’s kind of like that.

“You can almost hear in his voice, Senator Graham, trying to sort of play out what the impact of this attack, which as we talked was still ongoing as we spoke that afternoon on the 6th,” Martin told Cooper.

“And could this be a 9/11-style moment where the country rallies together? And who better to lead the country than a conciliatory figure like the new president, Graham’s old friend, Joe Biden. And my goodness, those two assumptions in the days and weeks later, Anderson, would obviously prove to be errant.”

Jan. 6 was a confusing moment for our country in general and elected Republicans in particular. Nobody knew the size or the scope of the Capitol incursion, or if there was complicity from the White House, or if there was a threat going forward.

Despite the left’s best efforts to paint Jan. 6 as a moment on par with 9/11, what we now know is that a concatenation of security blunders and poor decisions led to a number of individuals being able to breach the Capitol.

Neither the sanctity of our elections nor our American representative democracy was threatened that day — but, then and in the days that followed, certain reactions from top Republicans were within the bounds of reason.

One of them wasn’t this: “He’ll be maybe the best person to have, right? I mean, how mad can you get at Joe Biden?”

Yes, Graham knew Biden from his Senate days, when the Delaware lawmaker tried to forge friendships by reaching across the aisle. Those days were more than a decade old, though, and the 2020 campaign demonstrated that — to the extent he was still cognizant of his political positioning — Joe Biden had turned hard left to appease a Democratic Party that now spat, not reached, across the aisle.

Everything that has happened in the intervening year and a half could have or should have been predicted in the days and weeks before Biden’s inauguration.

He promised to spend like a kid with a credit card; we now have unchecked inflation and ballooning debt.

He projected weakness as a leader; Russia has invaded Ukraine and China is making noises about taking Taiwan.

He pledged to focus on drastically cutting emissions to an unrealistic extent; energy prices are at staggering highs and the administration’s solution is for you to buy an electric car.

So yes, one might say Graham’s prediction later “proved to be errant.” The only thing Biden could ever manage to unite, at this juncture in his career, is the Republican Party.