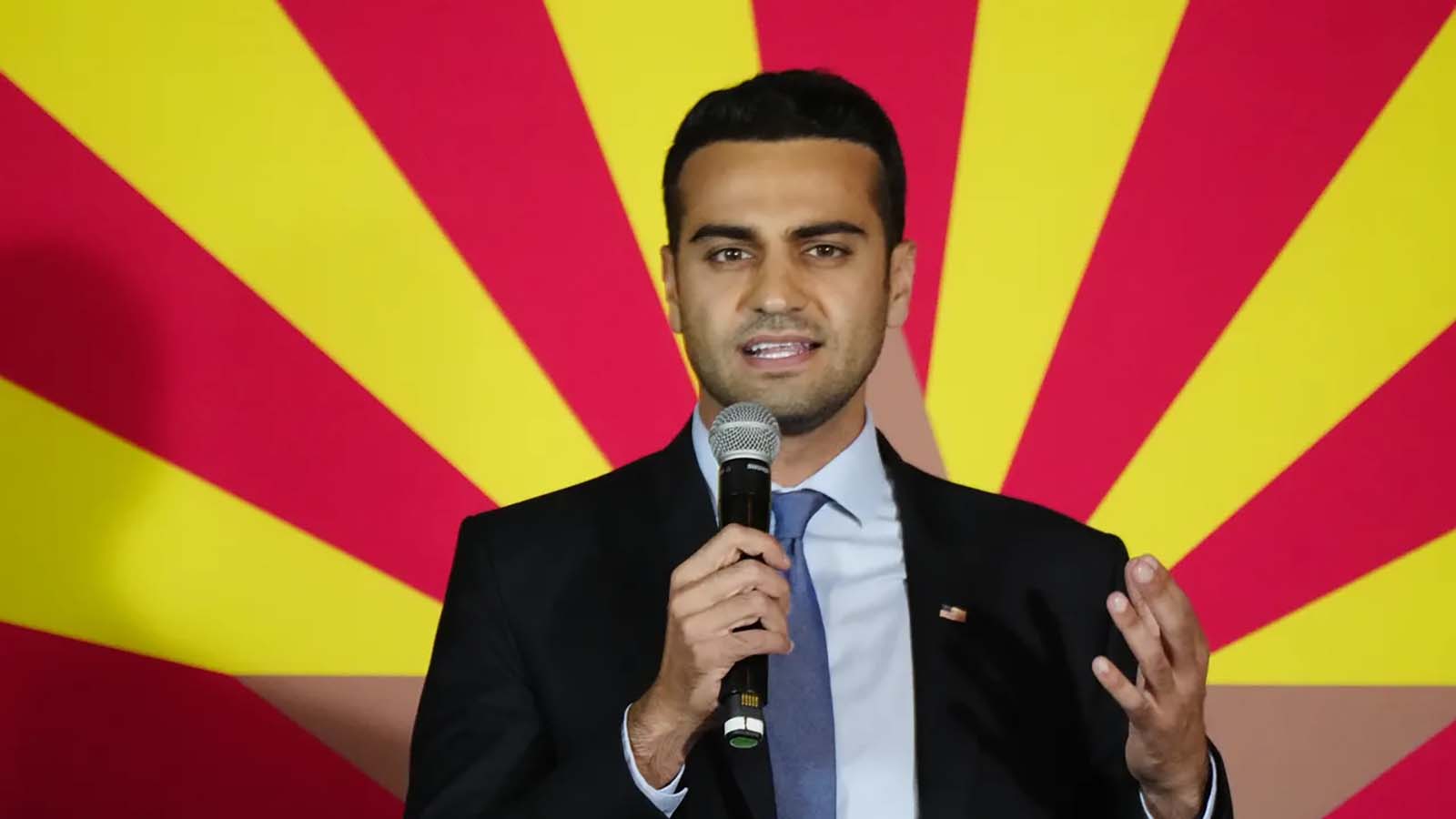 Following on its heels, on Tuesday afternoon, Mohave County Superior Court Judge Lee Jantzen ruled that Republican Abraham Hamadeh, candidate for Attorney General, could proceed with his suit as well. 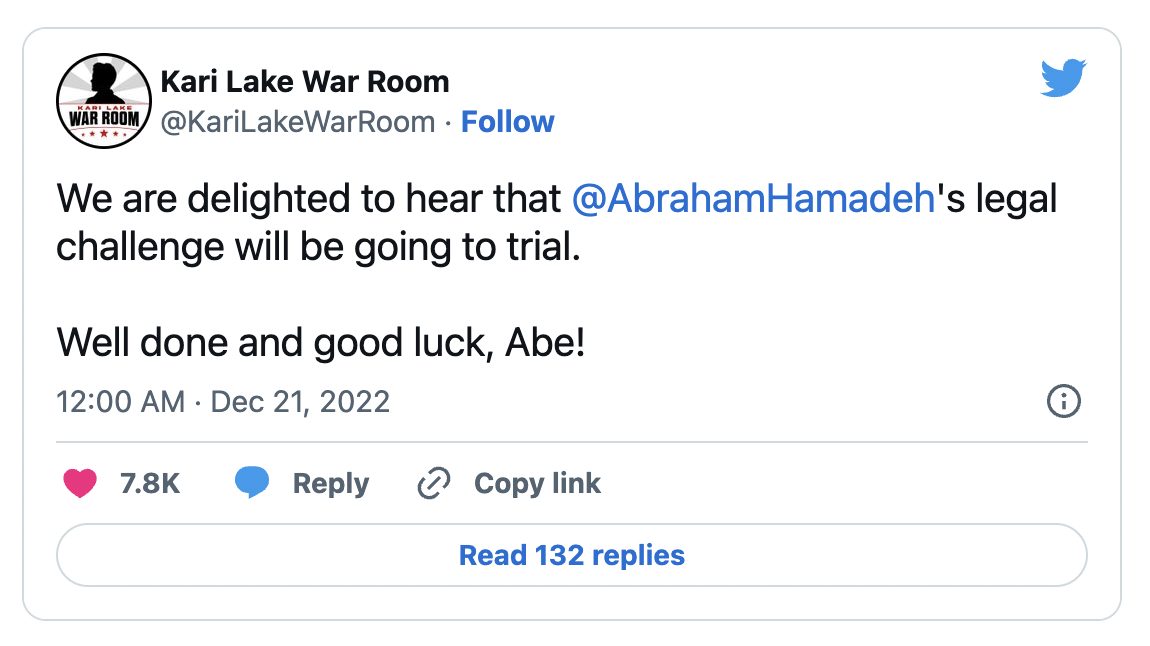 Hamadeh, a former prosecutor and an intelligence officer in the U.S. Army Reserve, tweeted following the ruling: 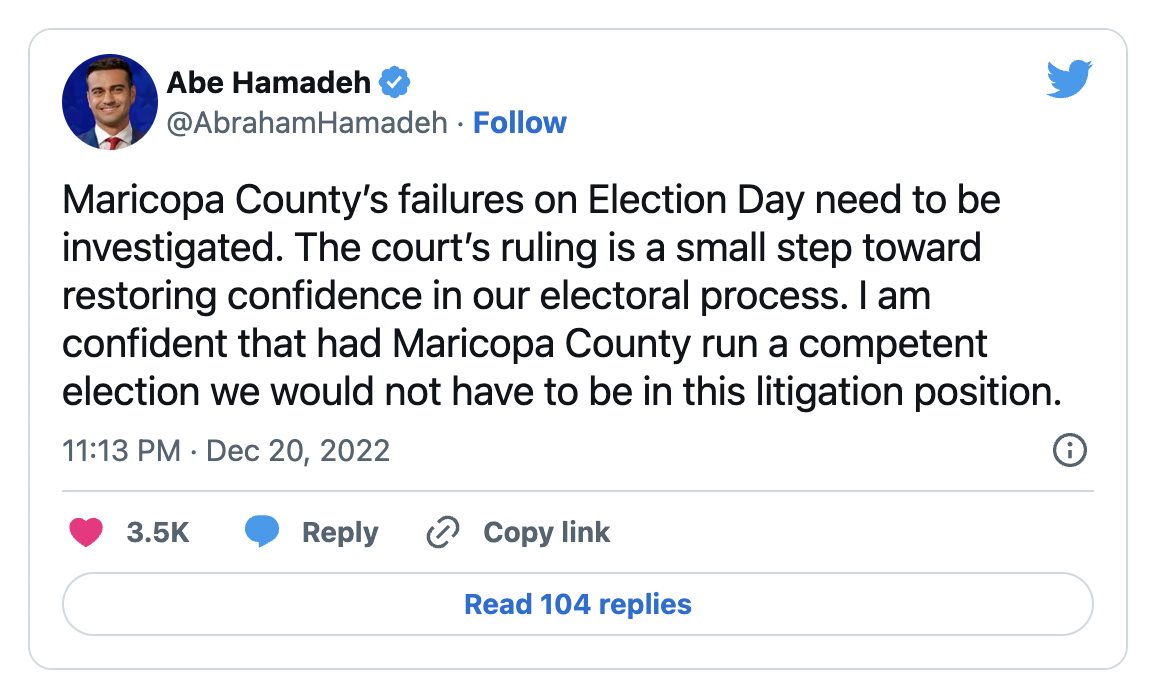 The race between Hamadeh and Democrat Kris Mayes was decided by 511 votes — less than .02 percent.

Under Arizona law, he faces the high bar of proving not just that election officials erred but that he would have won without their misconduct.

Hamadeh lost to Democrat Kris Mayes by 511 votes out of 2.5 million. His lawsuit alleges that problems with printers in Maricopa County led to a series of issues that disenfranchised voters. He also alleges his race was affected by improper handling of ballots that were duplicated or adjudicated by humans because they could not be read by tabulators.

Jantzen made no comment on the merits of Hamadeh’s claims, but ruled that he’s entitled to gather witnesses and evidence in an attempt to prove them.

The trial currently is set for Friday and we’ll provide an update when there is a ruling.