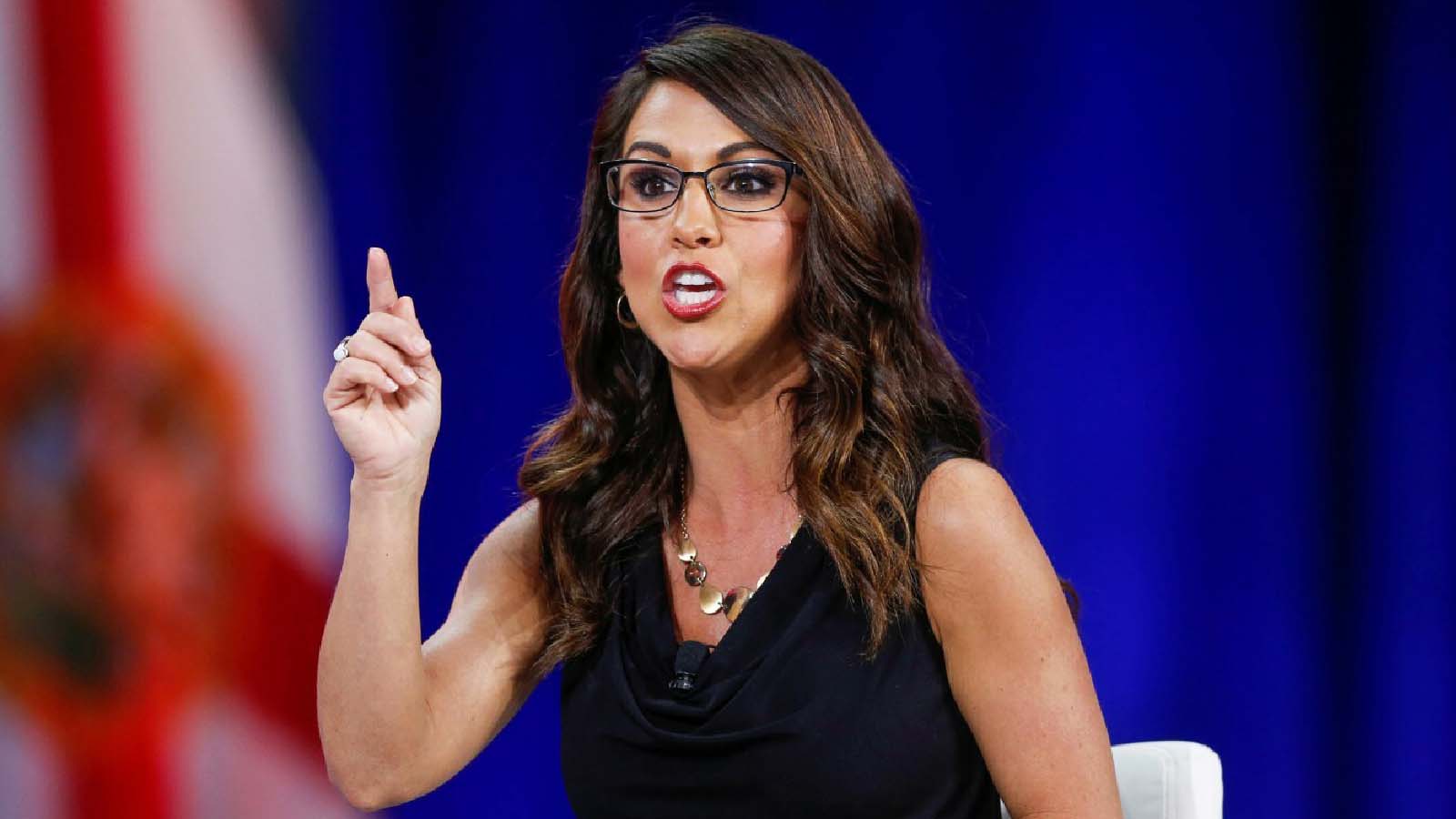 Rep. Lauren Boebert said she is going after the leader of a Democratic super PAC with the full weight of the law for publishing what the Colorado Republican says are demonstrably false allegations about her personal life, all in an attempt to get her “fired” from Congress.

American Muckrakers PAC, the group that broke numerous salacious stories about Rep. Madison Cawthorn (R-NC) in the weeks leading up to his primary defeat, accused Boebert in recent days of being a prostitute for a sugar daddy service, having multiple abortions, and abandoning her former sister-in-law in a nearly deadly May 2020 off-roading accident.

The accusations made by the super PAC, which also goes by “Fire Boebert,” are riddled with factual errors, a Washington Examiner review found.

“This is very damaging, and that is why I’m going after this guy personally and his group with the full force of the law,” she said. “I am not holding back, and I want to make sure that this never happens to anyone else again.”

Boebert’s lawyer, Jonathan Anderson, sent a legal threat to American Muckrakers and its president, David Wheeler, on Wednesday saying the law firm has “irrefutable evidence” that the accusations it made against Boebert are “patently false.”

“You knew this though,” the legal threat states. “Muckrakers published these outlandish statements knowing they were fabricated but you likely operated under the inaccurate assumption that publishing false statements against a public figure would not create legal liability.”

“This will be a costly miscalculation for Muckrakers, Wheeler and Muckraker’s donors,” the statement continues.

The legal threat added that the PAC’s “actions are criminally liable,” alleging that Wheeler sent letters to the states of Utah and Colorado requesting investigations into Boebert that contained “knowingly false statements.”

“Utah and Colorado each classify the filing of false reports as criminal conduct,” the letter reads. “Muckraker’s illegal conduct has created substantial criminal liability for the organization as well as individuals personally engaged in circulating false statements.”

American Muckrakers alleged in a press release Tuesday that it uncovered evidence that Boebert was working as a prostitute for a sugar daddy website before she ran for Congress in December 2019. The PAC claimed a member of the Koch family, who had hired Boebert through the sugar daddy service, introduced her to Sen. Ted Cruz (R-TX), who subsequently encouraged her to enter the political arena.

American Muckrakers provided no actual evidence showing Boebert had any ties to the sugar daddy website. The allegation appears to be based entirely on claims from one unnamed tipster that the PAC took at face value.

“These are just absolutely disgusting and sexist statements,” Boebert said.

Boebert said she has never had any relationship with any member of the Koch family and that she first met Cruz after her primary victory in late June 2020.

The PAC misidentified Boebert in one of the three photos it claimed the congresswoman had uploaded to her supposed profile on the sugar daddy website. The photo was actually of Mellissa Carone, a Michigan woman who was enlisted by former President Donald Trump’s onetime attorney Rudy Giuliani to help push false election fraud claims in the aftermath of the 2020 contests.

Web archives of Carone’s now-deleted profile on the modeling website Explore Talent prove the PAC misidentified Boebert as the person in the photo.

The other two photos the PAC alleged Boebert had uploaded to the sugar daddy website were pictures that the lawmaker had added to her profile on Explore Talent in 2011, according to web archives.

When asked about the photo discrepancy, Wheeler, the PAC’s president, told the Washington Examiner that its unnamed source told them Boebert had used the three photos on the sugar daddy website.

“We believe our source is correct and will fill a correction if we learn otherwise,” he said.

Wheeler did not respond when asked if the PAC’s source sent any screenshots or archives of Boebert’s supposed profile on the website or if the PAC just took the source at face value.

The PAC also claimed Boebert, a staunchly anti-abortion conservative, had two abortions in connection to her alleged work as a prostitute.

Boebert said it was impossible for her to have had an abortion on the dates alleged by the PAC, noting she was pregnant with two of her sons during those same time frames.

Another accusation the PAC made against Boebert is also filled with holes.

The PAC alleged that Boebert nearly killed her estranged former sister-in-law, Tori Hooper, during a drunk driving off-roading accident on May 10, 2020, in Moab, Utah, just two weeks before her primary election. The group claimed Boebert fled the scene and left Hooper, her son, and her dog to fend for themselves. The allegation was also covered by the Daily Mail.

The PAC also boasted that it uncovered flight records of Hooper’s medevac that same afternoon from Moab to a hospital to receive urgent care for her injuries.

The only problem is that Boebert said that she, her onetime sister-in-law, and her family were about 180 miles away from Moab on the day the PAC alleged the incident took place.

Boebert said she was with her family, including her sister-in-law, at her home in Silt, Colorado, that day. She said an accident that shares similarities with the one described in the Daily Mail story actually took place May 12, 2019, long before she announced her candidacy for Congress.

The congresswoman allowed the Washington Examiner to review time-stamped photos of Hooper’s injuries that prove the accident occurred that day instead.

When asked about the date discrepancy, Wheeler said if the PAC “got the date wrong, we’ll amend our information online and correct it.”

Boebert said the claim that Hooper had to be airlifted from the scene of the accident was false.

“It was a very traumatizing experience, for sure,” Boebert said. “My husband drove her to the hospital, I followed behind her in my husband’s jeep with the rest of our children, and the rest of our party soon followed. There were no tow trucks, no airlifting in Moab, and there was certainly no drinking.”

“There was certainly no begging not to say anything,” she added. “This was not something that was secret. We were in a very, very large group. I would have had to beg a lot of people to stay silent.”