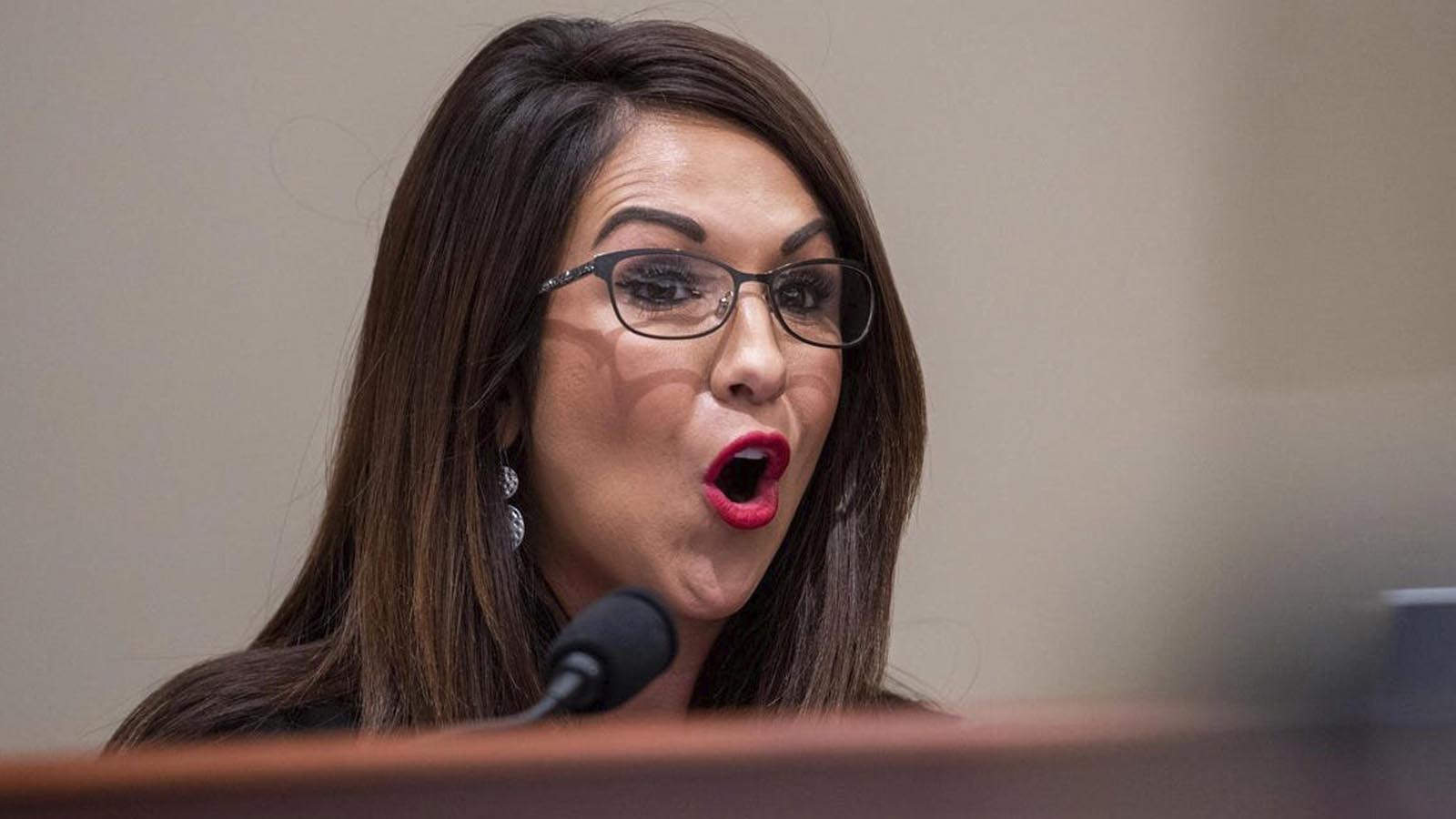 As I wrote earlier in the day, we are currently in the dumbest part of the election cycle. With November fast approaching and just weeks left before election day, Democrats are overdosing on hopium in an effort to keep the donations rolling in.

An extension of that is the cope of believing that Republicans in deeply red districts are somehow in danger despite the current electoral environment. Case in point? Lauren Boebert is supposedly losing in a Trump +8 district according to a new poll. 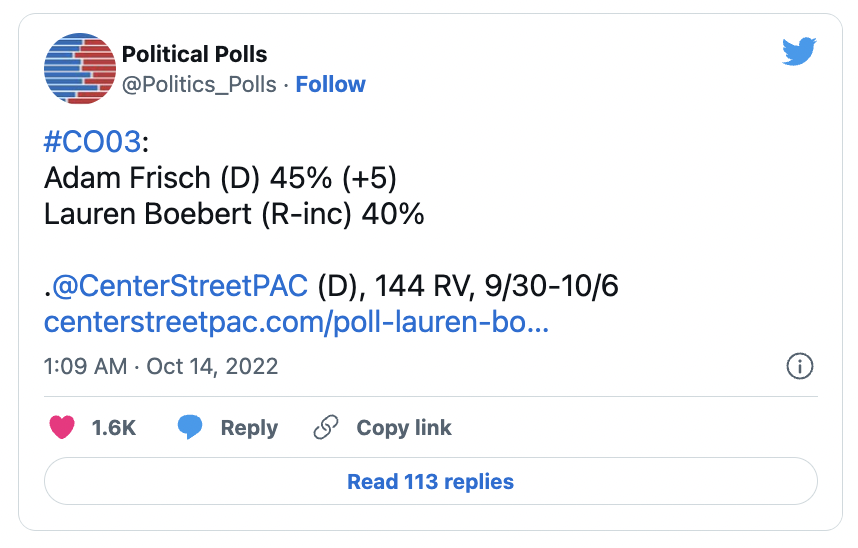 Of course, anyone who is an astute political observer knows that “Center Street PAC” puts out scam polls that in no way reflect reality. I mean, look at that sample. 144 registered voters? What’s the actual margin of error there? 40 percent? I can’t stop laughing at the idea that anyone would even put their name on such trash. But we are talking about the same outfit that also put out a poll on Tuesday showing Mark Kelly beating Blake Masters by 17 points in Arizona. So yeah, I shouldn’t be surprised.

In the end, this isn’t complicated. Lauren Boebert isn’t going to lose, and I’m even more confident of that after she dropped a political nuclear bomb on her opponent on Thursday.

My opponent was caught having an affair in a storage unit, shaken down by a cab driver & then sold out his vote as a sitting city council member to hide his secret.

Imagine what Pelosi & the DC lobbyists will do with him!

A man who owned a taxi service and storage facility in Aspen, Colorado, has claimed on video tape to the Rep. Lauren Boebert (R-CO) campaign and in a separate exclusive interview with Breitbart News he allegedly blackmailed high profile congressional candidate Democrat Adam Frisch with surveillance footage of him showing up to a storage unit facility where, according to the business owner, Frisch was caught allegedly having an affair…

…The business owner, a man named Todd Gardner, alleges on video shown to Breitbart News that he successfully blackmailed Frisch, then a city councilman in Aspen, Colorado, into changing his vote on the Aspen City Council regarding a crucial multi-million dollar transportation project. Gardner has reaffirmed those allegations to Breitbart News in a separate interview.

There’s corruption, and then there’s getting blackmailed to change a vote on city council levels of corruption. So yeah, that should just about wrap this one up. If what Gardner alleges is true, Frisch is done for. Not that he was going to win anyway, but still, it’s always good to have some assurance in politics.

With that said, I’m pretty shocked this guy is coming out and admitting he blackmailed someone. That’s sort of a crime. I mean, at least don’t use the word “blackmail” in describing what you did, right? It’s a very odd scene, to the point where it makes me question exactly what did and didn’t happen. According to Breitbart, Frisch has not provided a comment to the point to deny or explain the allegations.

I wouldn’t think that Boebert would have run with this directly from her campaign if they didn’t have the story locked down. Perhaps they’ve seen the video to corroborate Gardner’s claims?

Either way, I think she’s in good shape to be re-elected despite hopes that she could somehow be defeated after redistricting. Like with Marjorie Taylor Green in Georgia, some seats are just a bridge too far, especially in an environment that doesn’t favor the in-power party. Democrats would be better served not deluding themselves into thinking they are going to take out Republicans they hate just because they hate them. It takes more than that to win an election.