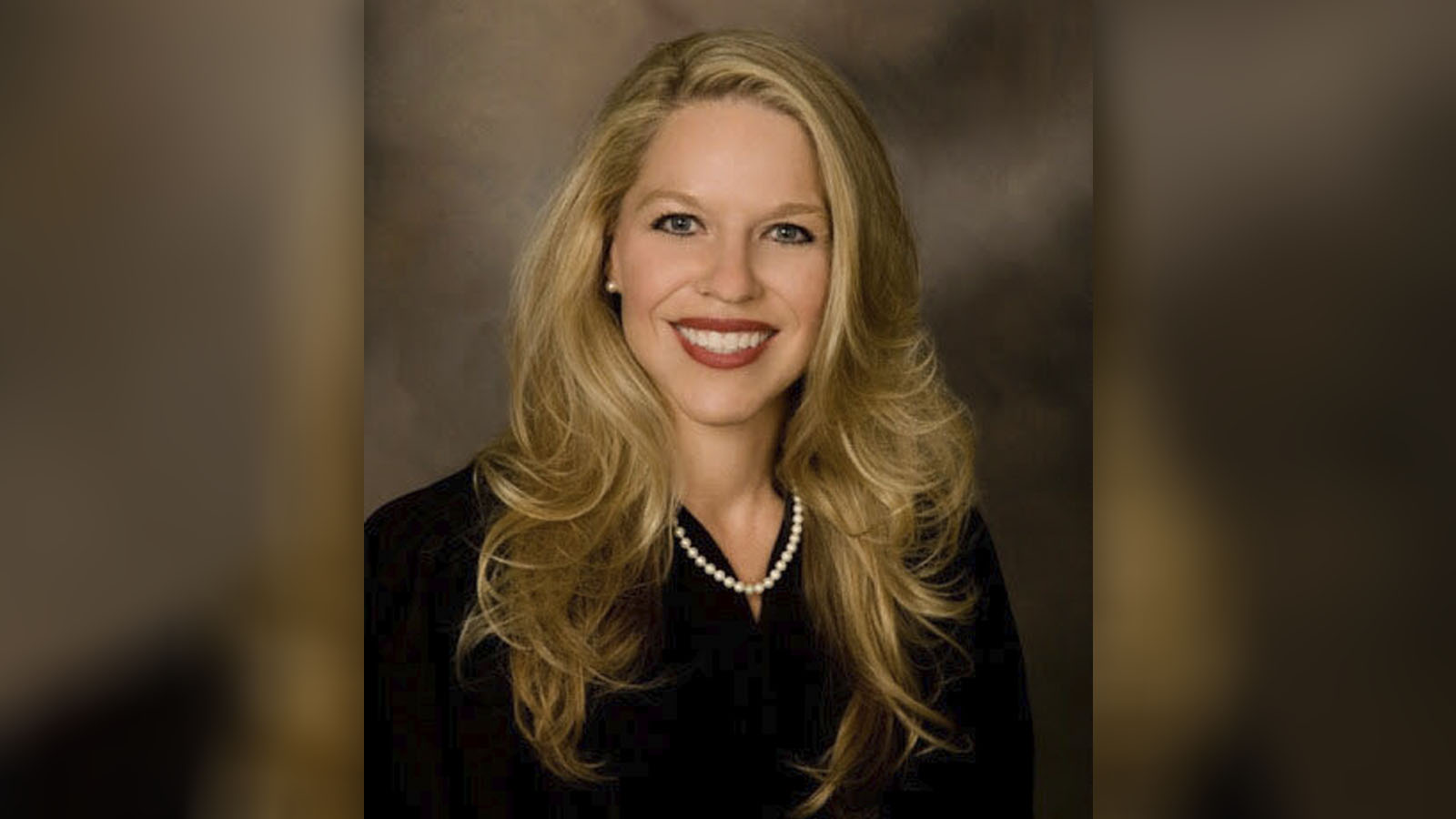 A Las Vegas judge has committed suicide a year after stepping down from her role to avoid becoming embroiled in an ethics probe.

Melanie Andress-Tobiasson, 53, stepped down as a Justice of the Peace prior to a a hearing regarding her ethics investigation.

The mother-of-three was reportedly found dead on Friday, according to 8NewsNow, though it is unclear where or how she died.

Andress-Tobiasson claimed that she had been trying to save her daughter, Sarah, from prostitution after she started working at a clothing store she believed was a front for criminal activities.

But the trial into her alleged conduct was dropped after she agreed to resign in 2021.

She had been living at her $2million five-bedroom mansion in Las Vegas with her husband Todd before her death.

Tobiasson was being investigated by Nevada’s Judicial Discipline Commission for almost two years, after asking police to investigate a clothing store where her daughter worked.

The former judge made claims that the store, Top Knotch, was being used as a front for prostitution and her daughter Sarah was being recruited as a prostitute.

She accused the Las Vegas Metro Police Department for ignoring information she provided, claiming she was trying to save her daughter from sex trafficking.

Tobiasson claimed that the store was an unlicensed, underage nightclub and a front for prostitution – with Sarah, who was 16 at the time, saying she was ‘terrified’ of Shane Valentine who ran the store.

The judge said that she was forced to turn to the FBI with the information after the inaction of the local police – which led to officers investigating her for allegedly breaching judicial rules after discovering she had repeated claims to federal agents.

Cops tracked her phone and claimed she was interfering with a vice investigation following her original complaint.

She claimed that the pimps were ‘targeting the daughters of judges and law enforcement’ in a bid to get them involved in prostitution.

In a complaint filed against Tobiasson, it alleged that she failed to comply with and uphold the law, and allowed family interests and relations to influence her conduct.

She asked officers to investigate Valentine, but claims they failed to do so, with the suspect then being linked to a shooting where a couple were found dead.

They did not officially link him to the killings of Sydney Land, 21, and Nehemiah ‘Neo’ Kauffman, 20, until months later.

However Tobiasson reached out to Land’s mother and ‘began to personally investigate the case’ because she thought that Valentine was responsible, according to the complaint.

It added that she used ‘burner phones’ to communicate with Land’s mother and sent messaged to a woman she thought was involved in the murder.

The commission alleges that Tobiasson stated publicly that she reached out to Valentine’s lawyer at the time and ‘told him to tell Valentine that if he called her daughter again she would ‘take care of it herself’ and that on one occasion she ‘went to Shane Valentine’s house and kicked in the door.’

Detectives learned of Tobiasson’s activity, according to the charges, and launched an investigation into the judge, going as far as tracking her phone records.

They also alleged that she had links to a man called ‘Anthony Danna’ who was a ‘known and documented organized crime figure.’

The commission decided against suspending Tobiasson and Las Vegas Justice of the Peace Amy Chelini after a hearing about concerns over profanity used off the bench and administrative complaints involving court clerks.

However as part of a deal her resignation resulted in her ethics trial being stopped when she stepped down from her role.

She worked for the Clark County District Attorney’s Office before taking the bench in 1999.