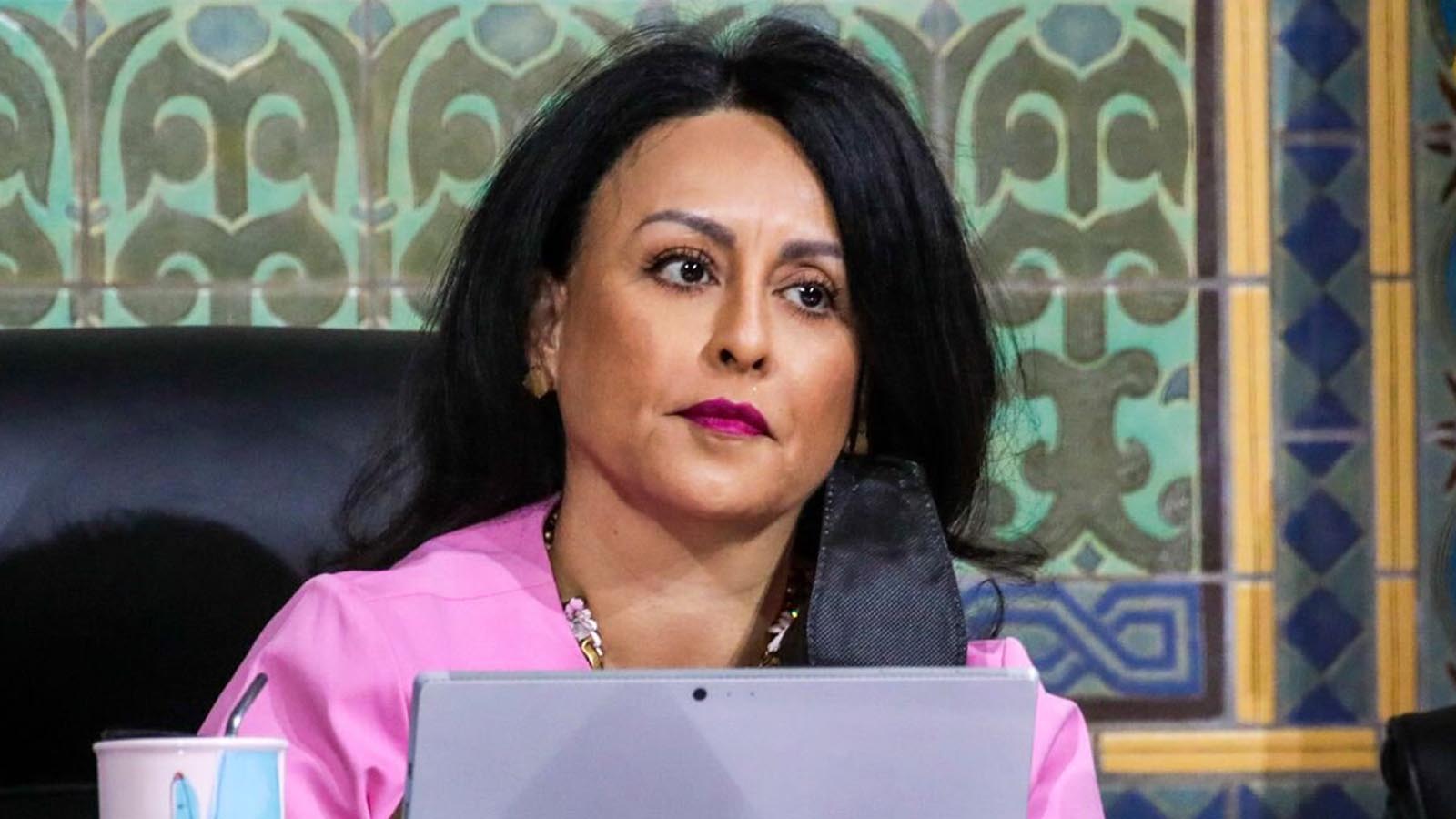 A top Democrat from California has resigned after leaked audio surfaced online Monday where she made racist comments about a black child.

Democrat Nury Martinez resigned as president of the Los Angeles City Council and issued a statement regarding her resignation, claiming that she has “taken responsibility for what I said and there are no excuses for those comments. I’m sorry.”

Martinez and Councilman Kevin de León, who is also a Democrat, came under after they were caught on the recording making racist comments about Councilmember Mike Bonin, a gay white man, and his adopted black son.

“I sincerely apologize to the people I hurt with my words: to my colleagues, their families, especially to Mike, Sean, and your son. As a mother, I know better and I am sorry. I know this is the result of my own actions. I’m sorry to your entire family for putting you through this,” she added.

While discussing Bonin, Martinez called his son “Parece changuito,” or “He’s like a monkey,” soon afterward. She later referred to Bonin as a “little b****” and said he is raising his child like a “little white kid.”

Below is a partial clip of the recording:

(WARNING: STRONG LANGUAGE USED IN THE CLIP BELOW)

“As someone who believes deeply in the empowerment of communities of color, I recognize my comments undercut that goal,” she added. “Going forward, reconciliation will be my priority. I have reached out to many of my Black colleagues and other Black leaders to express my regret in order for us to heal.”

“We are appalled, angry, and absolutely disgusted that Nury Martinez attacked our son with horrific racist slurs, and talked about her desire to physically harm him,” Bonin wrote in a statement on Twitter. “It’s vile, abhorrent, and utterly disgraceful.”

“We are appalled, angry and absolutely disgusted that Nury Martinez attack our son with horrific racist slurs, and talked about her desire to physically harm him,” Bonin and his partner, Sean Arian, wrote. “It’s vile abhorrent and utterly disgraceful. The City Council needs to remove her as Council President immediately, and she needs to resign from office.”

“As parents of a Black child, we condemn the entirety of the recorded conversation, which displayed a repeated and vulgar anti-Black sentiment, and a coordinated effort to weaken Black political representation in Los Angeles. The conversation revealed several layers of contempt for the people of Los Angeles, and a cynical, ugly desire to divide the City rather than serve it,” the statement added.

Our family statement about today's ugly and hateful news. pic.twitter.com/0fPPXwsS5B

De León also issued an apology on Sunday regarding his own comments.

“There were comments made in the context of this meeting that are wholly inappropriate; and I regret appearing to condone and even contribute to certain insensitive comments made about a colleague and his family in private. I’ve reached out to that colleague personally,” he said. “On that day, I fell short of the expectations we set for our leaders — and I will hold myself to a higher standard.”

Protestors gathered outside Martinez’s home in Los Angeles and demanded that she resign immediately from her positon.

“We can’t keep allowing these people to do whatever they want. it’s just blatantly disrespectful and it’s honestly just evil,” protestor Jackie Rodarte told CBS Los Angeles. “So that’s we’re out here: because we want to let her know that she will not be sitting there for much longer and we will be getting her out of office.”