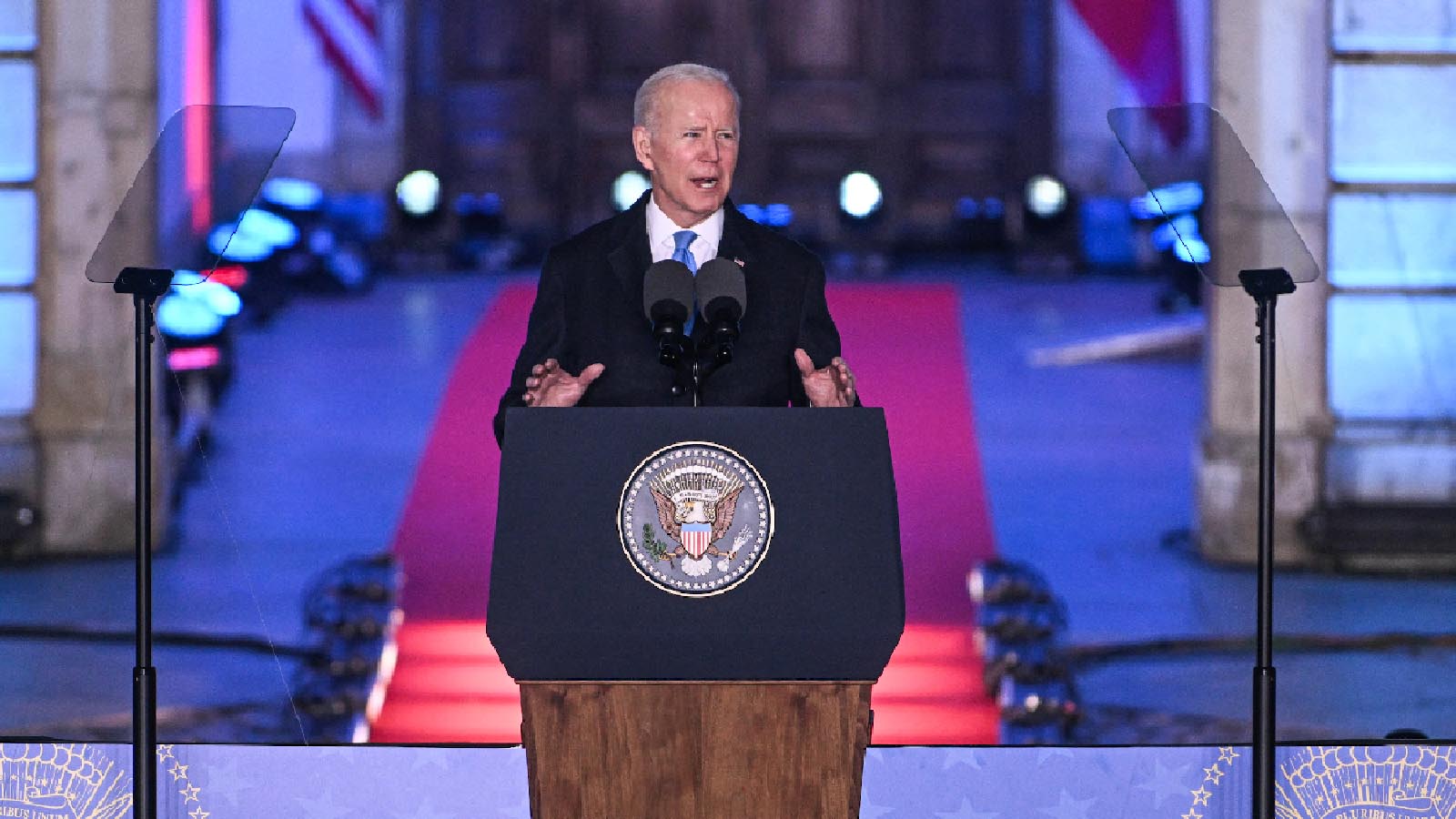 “That’s not for Biden to decide. The president of Russia is elected by Russians,” Kremlin spokesman Dmitry Peskov told Reuters on Saturday.

Earlier that day, Biden suggested that Russian President Vladimir Putin should be removed during a speech in Warsaw, Poland, before he concluded his visit to Eastern Europe.

“For God’s sake, this man cannot remain in power,” he said.

Biden met with Ukrainian officials and refugees and Polish President Andrzej Duda in Poland during his visit.

He framed the war against Russia in Ukraine, which is fought by Ukraine but supported with weapons from its allies including the United States, as part of a war between the democracy and autocracy.

A White House official walked back Biden’s fiery remarks against Putin right after his address.

“The President’s point was that Putin cannot be allowed to exercise power over his neighbors or the region. He was not discussing Putin’s power in Russia, or regime change,” the official stated.

This is not the first time the White House officials denied supporting regime change in Russia.

“We are not advocating for killing the leader of a foreign country or regime change. That is not the policy of the United States,” White House press secretary Jen Psaki told reporters on March 6 after Sen. Lindsey Graham (R-S.C.) called for someone in Russia to “take this guy out,” referring to Putin.

Putin ordered a full-scale invasion of Ukraine on Feb. 24, which was described by Russia’s government as a “special military operation.”

The United Nations said that as of March 25, 1,081 civilians were killed in Ukraine because of Russia’s military actions and nearly 3.8 million people have fled Ukraine since the war began.

The Kremlin warned on Saturday that Biden’s “personal insults” to Putin will damage the relationship between Washington and Moscow.

“Still, a state leader should keep their temper,” Peskov told Russian state media TASS on Saturday after Biden labeled Putin as “a butcher.”

“And, of course, each time such personal insults narrow the window of opportunity for our bilateral relations under the current [Biden] Administration. It is necessary to be aware of this,” Peskov added.