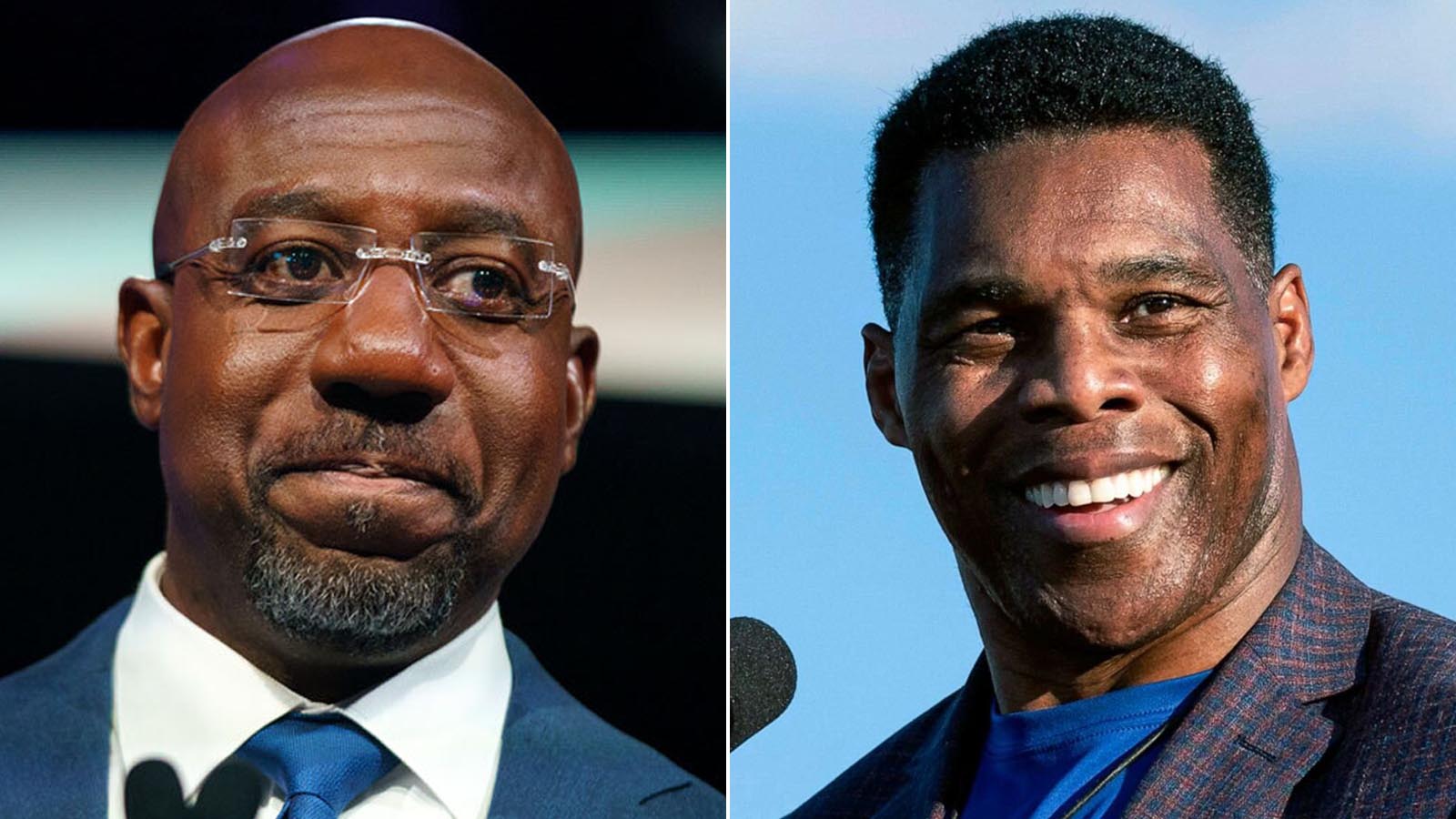 Raphael Warnock and Herschel Walker went toe to toe in Savannah, Georgia, on Friday in one of the political season’s most anticipated debates as the latter seeks to take away the former’s Senate seat.

Walker, the Republican nominee and a state football legend making his first run for office, bore in, tying Warnock again and again to the unpopular Biden administration and its record on the economy, crime, and foreign affairs.

Warnock, the incumbent Democrat and a pastor leading the Atlanta church once led by Martin Luther King, emphasized his record on behalf of ordinary people in areas like health care and student loan debt relief.

Moderators Tina Tyus-Shaw for Fox’s Savannah affiliate and Buck Lanford from its Atlanta station asked tough questions. They kept a tight leash on the two men as they interrupted each other and diverted from the question at hand to get in a last word about the one before it.

Control of the Senate

The close Georgia race will help determine control of the Senate, currently split 50-50 between Democrats and Republicans. It is rated a tossup by Real Clear Politics. Its survey of multiple polls shows Warnock ahead an average of 3 percentage points, within the margin of error.

The moderators asked questions on a wide range of issues, from minimum wage to gun violence to the threat of nuclear war. They touched on but didn’t dwell upon the personal issues that have led to endless mudslinging. That has come chiefly in attack ads against Walker, with which the well-financed Warnock campaign has been blanketing the airwaves since June.

Walker slid smoothly off the serious questions about his past, including domestic violence and children born out of wedlock. He said he’d been transparent about his history, writing a book years ago about his mental health struggles, and emphasized his support for others struggling with those. The pro-life candidate denied having paid for a woman’s abortion or asking her to have one.

Warnock was asked about his ex-wife’s seeking more child support and about his church evicting low-income tenants from housing its charity owns because they fell behind in their rent. Warnock termed his divorce, like many divorces, “painful” and expressed his love and support for his children. But he wouldn’t directly address the eviction issue.

He also wouldn’t give the straight yes or no answer requested by Lanford about whether Warnock would support Biden, who will be 82 years old if he runs for reelection in 2024. Warnock has asked Biden—with whom, Walker said repeatedly, Warnock had voted 96 percent of the time—not to campaign for him in Georgia.

Walker had no hesitation in addressing his similar question, whether he’d support Donald Trump if he runs in 2024. He would, he said. “President Trump is my friend.”

Walker suggested the Savannah debate location as it was Warnock’s hometown and hard to refuse. He didn’t hesitate to go onto the pastor’s religious turf, quoting scripture and beginning his opening remarks by thanking, “My lord and savior Jesus Christ.”

The two slugged it out over abortion, which the moderators labeled as one of the top three issues identified in the race by Georgia voters.

Warnock accused Walker of supporting a complete abortion ban. Walker denied that he does, saying he supports Georgia’s Heartbeat bill, which bans abortions after a baby’s heartbeat is detected and provides exceptions for rape, incest, and protecting the mother’s life.

Warnock staunchly defended his pro-abortion position in the wake of the Supreme Court’s Dobbs decision overturning Roe v. Wade: “A patient’s room is too narrow and small and cramped for a woman, her doctor, and the United States government.”

“I heard he was a sweet talker,” Walker retorted. “But did he not mention that there was a baby in that room as well?” And he also did not mention that he’s asking the taxpayer to pay for it. So he’s bringing the government back into the room.”

Warnock talked of the nation’s relatively high maternal mortality rate, particularly severe among black women. Walker responded, “He told me black lives matter. And if you think about it, senator, Atlanta, Georgia has more black babies that are aborted than anything.”

Tyus-Shaw asked Warnock a pointed question about his charges that Georgia’s Election Integrity Act created obstacles to voting for underserved communities. If that was so, she said, why did Georgia have record voter turnout for its May primary election?

“That many voters are overcoming that hardship,” Warnock said, “doesn’t undermine the reality.”

And she chided Walker for breaking debate rules by using a prop. Warnock accused Walker of having lied about being a police officer, and Walker pulled a wallet out of his pocket and flipped it open, displaying a badge.

The race might not be decided on Nov. 8. Real Clear Politics predicts the election’s result will be a Dec. 6 runoff, as neither candidate may reach 50 percent of the vote.

The reason is third-party candidate Chase Oliver, who wasn’t invited Friday but will debate Warnock Sunday night in an event Walker declined to attend. Oliver, 37, a gay Libertarian and business financing broker who grew up in the Atlanta metro area, has drawn about 4 percent of the vote in polls.

Walker, 60, from Wrightsville, GA, is a former University of Georgia and professional football great who won the Heisman Trophy. He was so far ahead in Republican primary polls in the spring that he didn’t participate in debates there.

Warnock, 53, born and raised in Savannah, is pastor of the Atlanta church Martin Luther King once led. He led a special election in November 2020 against appointed Republican incumbent Kelly Loeffler, then won a runoff against her on Jan. 5, 2021.

The high-profile race has drawn a tremendous amount of money. Warnock’s campaign, which had raised $84.9 million by June 30, announced another $26.3 million in direct donations in the third quarter. Walker’s campaign has raised far less, $20.2 million by Sept. 7.

But in outside group spending, which supports a lot of expensive television advertising, they are more evenly matched. Walker has had $47.4 million spent on his behalf and Warnock $46.5 million. About three-quarters of each amount has been spent on attacking the candidate’s opponent.