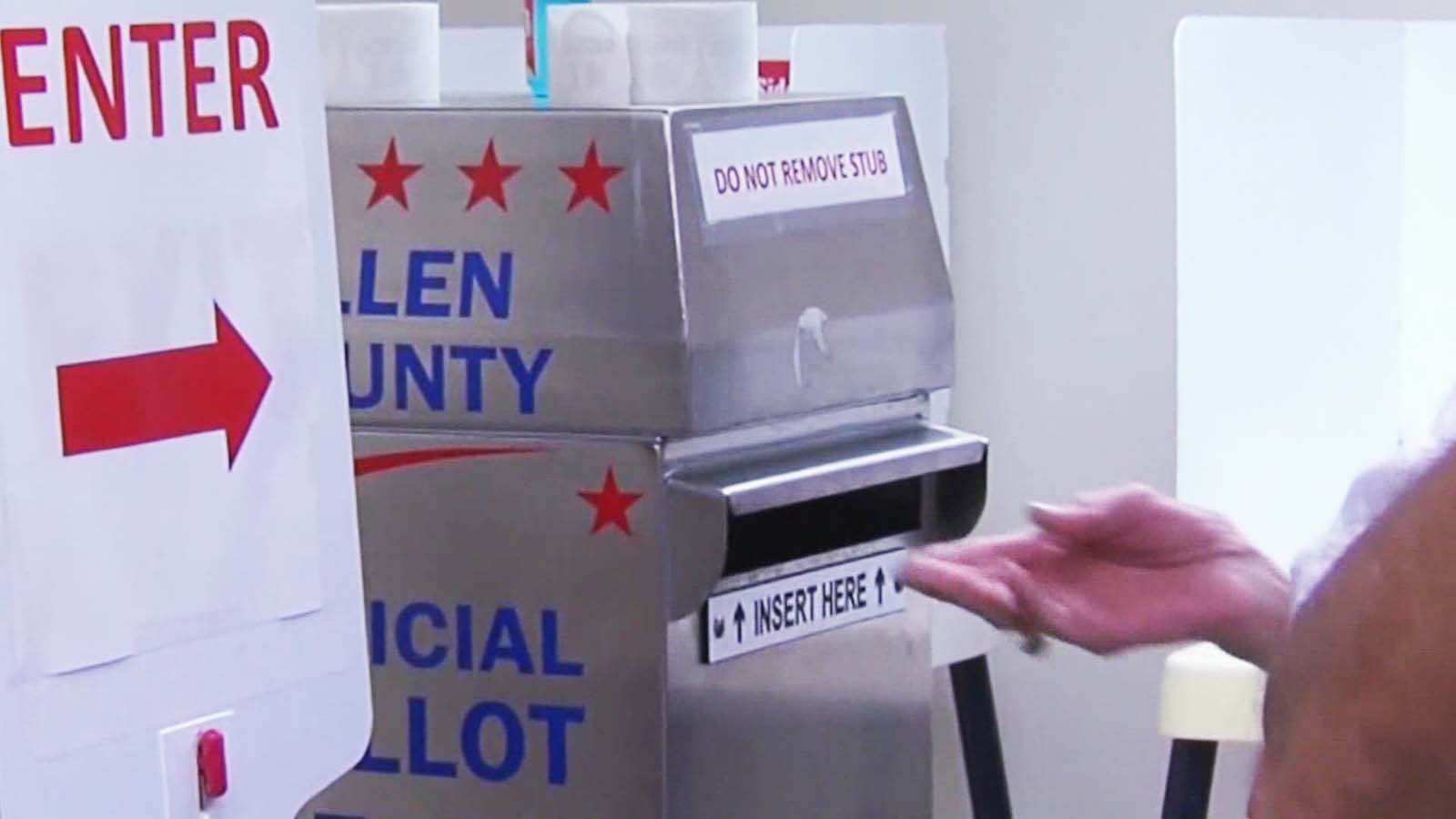 Well, this is certain to make Arizona voters feel like their midterm voting is, as the establishment media outlets like to say, safe and secure.

Arizona Secretary of State Katie Hobbs, currently locked in a tight race — if you believe the polls, anyway — with former news anchor Kari Lake for the governor’s office, said Tuesday that a “voter registration error” may have caused up to 6,000 of the state’s voters to receive mail-in ballots that didn’t have her current contest on it.

Nor did it have any of the other local or statewide candidate’s names on it — only federal races.

According to The Associated Press, the error occurred when 6,000 voters in a registration database were flagged as lacking sufficient proof of U.S. citizenship. When that database looked to a driver’s license database for that proof, it erroneously failed to find it, forcing officials to review the list of potentially affected voters.

The AP later updated its story to say that, of the 6,000 voters who were potentially affected by the error, only 1,000 of them had actually received a ballot. The question remains as to how many of those 1,000 should have received a ballot that included the state races.

The 5,000 unaffected had not requested a mail-in ballot in the first place.

Voters in Arizona who do not have their proof of citizenship on file with the state’s Motor Vehicle Division are not permitted to vote in state contests and receive a “federal only” ballot.

State Elections Director Kori Lorick told the AP that officials would contact anyone who received the wrong ballot and provide voters with a correct ballot. Any incorrectly submitted federal only ballots will not be counted, she said, and voters submitting them would get an opportunity to correct them.

“Only one ballot per voter will ever be counted,” Lorick told the AP, apparently reading the minds of many skeptical Arizona voters.

According to the Arizona secretary of state’s office, there were nearly 4.2 million voters registered to vote in this year’s primaries, divided roughly in thirds among Republicans, Democrats and “Other.” (Arizonans are an independent lot.) So, 1,000 questionable ballots may seem like a drop in the bucket.

However, in recent years — and throughout American history — there have been many political races decided by fewer votes than that.

Also, keep in mind that this database is presumably maintained by the same people responsible for this error in the first place, so you’d be excused if you wanted to take any figures coming out of Hobbs’ office with a grain of salt. Or maybe a tablespoon full.

Hobbs said in a statement that the database issue had been corrected.

Hobbs tweeted a copy of that statement on Wednesday:

🚨AZ Counties are reviewing approx. 6,000 voter records to confirm voters are correctly registered and will receive a full ballot if they're eligible. This doesn't mean 6,000 voters received the wrong ballot, but if any voters did, they will receive a corrected ballot shortly. 1/ pic.twitter.com/fUqVada9Kg

Hobbs and Lake are running neck-and-neck for the governorship, according to the polls. FiveThirtyEight says Lake is “slightly favored” to win. The RealClearPolitics average of polls gives a 47.8-to-46.2 advantage to Lake; three of the five most recent polls on the RCP list show Lake up over Hobbs, but all within the poll’s margin of error.