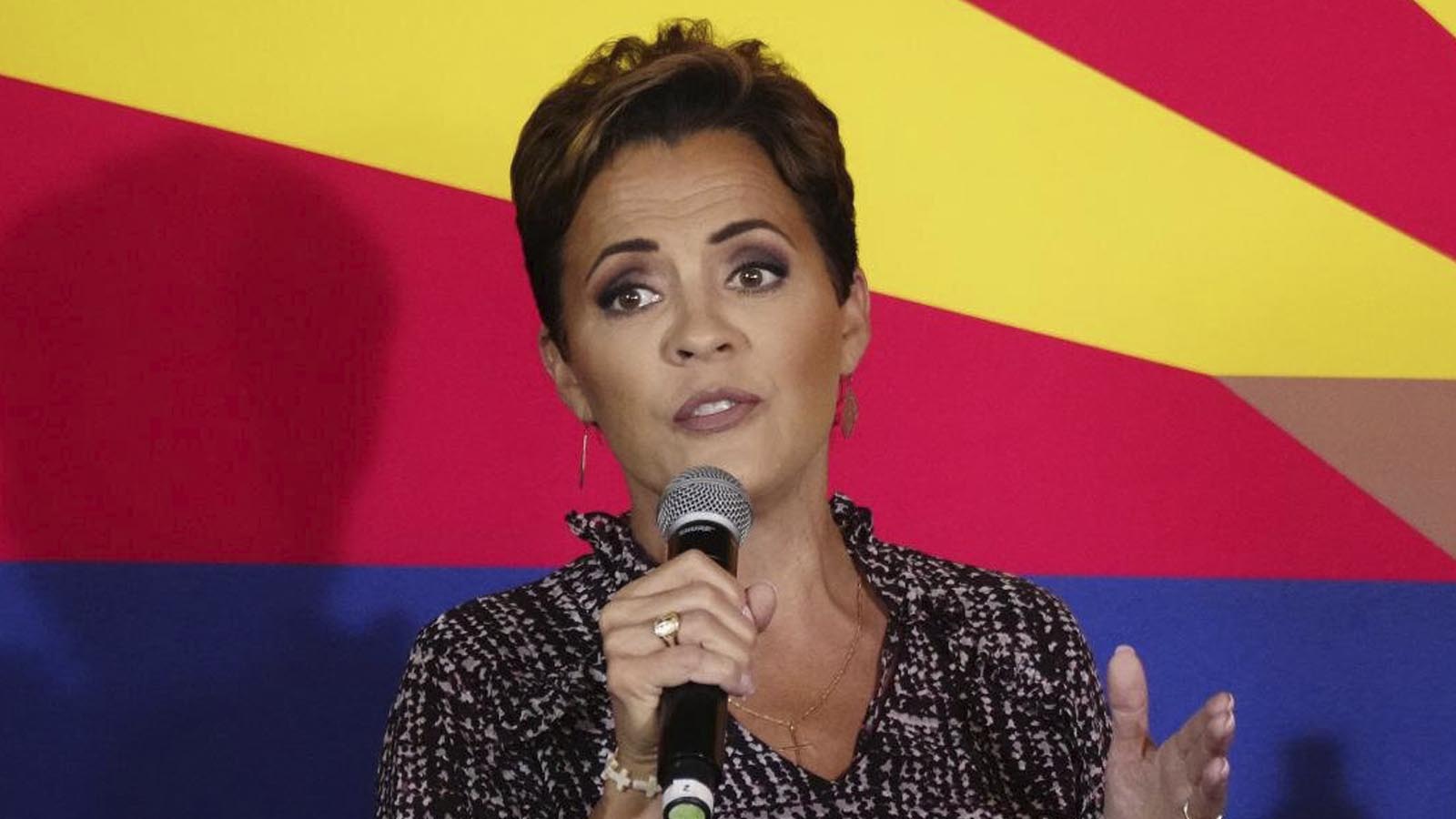 The FBI is investigating what the Kari Lake campaign is calling a “terroristic attack” against the Republican candidate for Arizona governor after white powder in two envelopes and “threatening” messages were placed at her campaign offices in Phoenix Saturday night.

The Daily Mail reports law enforcement spent seven hours at Lake’s offices from 10 p.m. to 5 a.m. Sunday, in what her campaign terms a “terroristic attack, trying to intimidate Kari and the campaign staff.”

A source familiar with the campaign told DailyMail.com: “Yesterday, one of Kari’s staffers opened up an envelope that had a suspicious white powder in it and had a letter in there with a bunch of vulgarities and ranting and raving about Kari.

“The employee then noticed second package that was exactly like the first one she had opened and she reported it.”

The bomb squad and a hazmat team also responded, the substance was taken away by the FBI for analysis.

Jack Posobiec, a senior editor at HumanEvents.com and veteran Navy intel officer, went to Lake’s offices which were closed on Sunday, and posted a video update of the situation.

“One staffer is currently under medical supervision and the rest of the staff is being checked out make sure that they’re OK, they they don’t develop any symptoms,” Posobiec said.

“This office right here, right behind me is shut down now, and I’m told it may be shut down for the rest — not only of the campaign, the rest of the year, but obviously going forward.”

“We’ve seen in the last few weeks, a Republican candidate’s family being shot at while his children were sleeping. We’ve seen this attack happen against Kari Lake,” Posobiec added, urging Republican Gov. Doug Ducey to set up a security detail for Lake “immediately.”

“We need to shut down all of this. We need to find out who sent those packages, and we need to make sure that we calm down everything that’s going on. Every single one of these people needs to be behind bars immediately. Immediately, because there’s a lot of interests out there, whether this just be some leftist nut-job weirdo, or whether its something more. Because’s there’s a lot of people that don’t want Kari Lake to get in office. There’s a lot of people that don’t want Republicans in office. Because they want business as usual. They want to keep the business going across the border and they know people like Kari Lake are going to shut it down. The money laundering, the human trafficking, it’s all gonna be shut down. That’s what they’re trying to stop. That’s why they’re coming after Kari Lake.”

UPDATE: I have just arrived to the Kari Lake office in Phoenix shutdown after a possible deadly incident last night, FBI and bomb squad responded pic.twitter.com/X6D2vDp4p5

“Prayers up for Kari Lake. We need to protect her,” he concluded.

“Officers responded to a found property call at an office building near 40th Street and Camelback Road. When officers arrived they learned there were suspicious items located inside the mail. Additional resources responded to collect the items and secure the area. There have been no reports of injury and the investigation remains active.”

Lake, a former TV news reporter endorsed by former President Donald Trump as well as actor and WND columnist Chuck Norris in this Tuesday’s election, is in a high-profile race against Democrat opponent Katie Hobbs.

Lake’s campaign released a statement on the incident, saying in full: “Yesterday, a member of the Kari Lake staff opened an envelope delivered to our campaign office that contained suspicious white powder. It was one of two envelopes that were confiscated by law enforcement and sent to professionals at Quantico for examination, and we are awaiting details. The staff member is currently under medical supervision. Just two days before Election Day, our campaign headquarters remains shut down. We look forward to law enforcement completing their investigation as quickly as possible. Rest assured, we are taking this security threat incredibly seriously and we are thankful for the Phoenix PD, FBI, first responders, bomb squad, and HazMat crews that responded to this incident. In the meantime, know that our resolve has never been higher and we cannot be intimidated. We continue to push full speed ahead to win this election on Tuesday.”

Hobbs also released a statement, indicating: “The reported incident at Kari Lake’s campaign office is incredibly concerning and I am thankful that she and her staff were not harmed. Political violence, threats, or intimidation have no place in our democracy. I strongly condemn this threatening behavior directed at Lake and her staff.”

FACT: The only person the Media fears more than @KariLake is @ChuckNorris. pic.twitter.com/4eqqiLNem0

Ironically, Hobbs’ own campaign headquarters in Phoenix was broken into last Tuesday, and Hobbs initially suggested Lake’s team and her rhetoric were possibly the cause.

The suspect, it turns out, was an illegal alien from Portugal, 36-year-old Daniel Mota Dos.