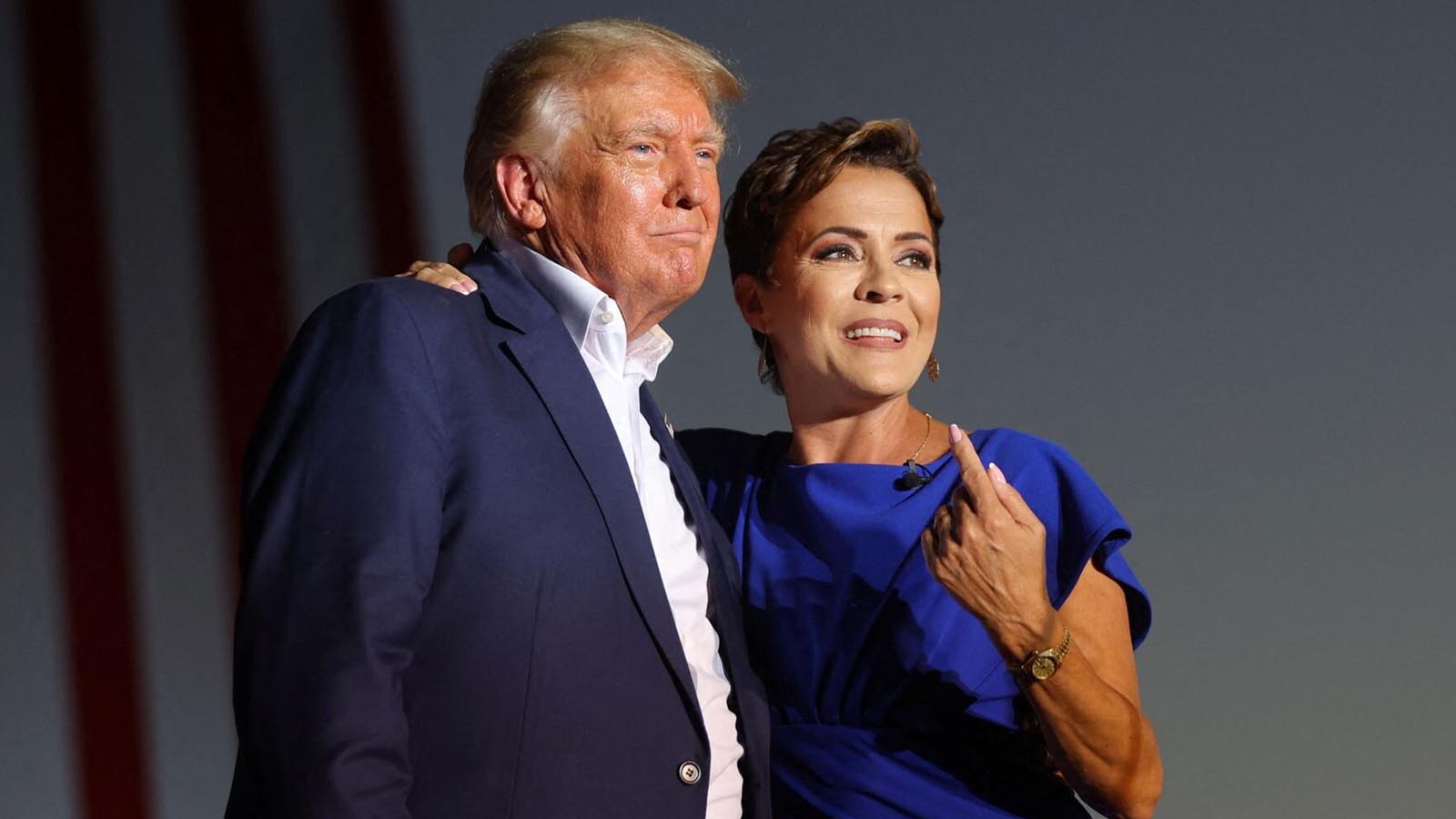 Arizona GOP gubernatorial candidate Kari Lake responded to speculation that she could be a conservative star if she pivots away from former President Donald Trump, who had endorsed her.

“If she concedes graciously in the coming days and weeks, then I think there could be a path for her in the future in politics in Arizona,” political consultant Lorna Romero told the Washington Examiner this week, adding that “it still seems like she is mulling over a potential lawsuit over the way Maricopa County handled the election” and if Lake “goes down that route, I think she will forever be branded as a Trump-type candidate.”

“I think her political career in Arizona will be over. At that point, her only path would be to be on a conservative talk show somewhere,” Romero said.

After the Washington Examiner published its story on Twitter, Lake responded: “Never.”

“President Trump announces his ‘24 Presidential run,” she wrote on Truth Social following the former president’s announcement that he will make a third bid for the White House. “He has my complete and total endorsement!”

During the Republican primary, Lake received Trump’s endorsement, allowing her to win the party’s nomination over a candidate who was backed by current Arizona Gov. Doug Ducey and former Vice President Mike Pence.

Earlier this week, Democrat Katie Hobbs declared victory over Lake, although the GOP candidate has said she is aiming to assemble a legal team to file lawsuits amid reports of election irregularities in Maricopa County. At the same time, Lake said she won’t concede the race and said voters were disenfranchised or faced delays on Nov. 8.

“Rest assured I have assembled the best and brightest legal team, and we are exploring every avenue to correct the many wrongs that have been done this past week,” Lake, a local former TV news anchor, said in a new video published on Thursday. “I’m doing everything in my power to right these wrongs.”

And she added that “what happened to Arizonans on Election Day is unforgivable,” referring to delays at polling locations.

Reports indicated that she traveled to Mar-a-Lago and met with the former president.