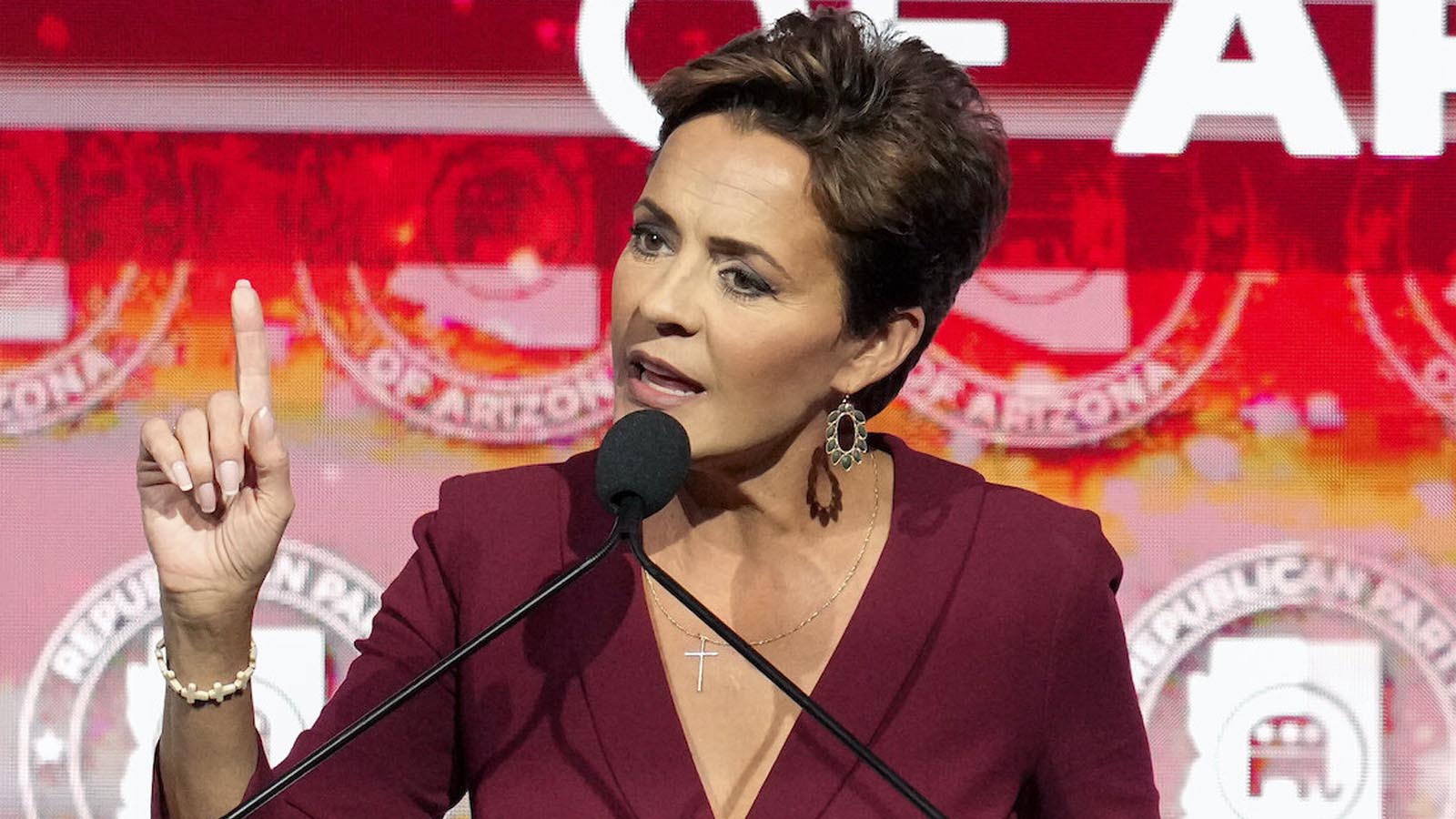 Former Arizona Republican gubernatorial candidate Kari Lake on Friday praised an Arkansas county court for its decision to reject electronic voting machines in all future elections, choosing instead to return to paper ballots in a move designed to boost election integrity and confidence in outcomes.

In a tweet lauding the decision by a Cleburne County court, Lake also included a link to a KARK report detailing the ruling:

Officials with the Arkansas Voter Integrity Initiative Inc. (AVII) said the vote was in response to AVII CEO Colonel Conrad Reynolds’ push for election computers to be removed from Arkansas elections. The decision will now require votes to be hand counted.

“The machines do not read the names on the ballots, instead, they scan barcodes, which humans cannot read,” Reynolds said. “They also utilize proprietary software that we are not allowed to examine. This all means voters cannot verify that their vote is being counted properly as mandated by state law.”

An attorney with AVII noted that according to Arkansas state law, each county has the right to choose its voting process.

Cleburne County Justice of the Peace Jacque Martin voted in favor of moving to paper ballots. “It’s time we take back and return to having elections we can have faith in – with transparency and integrity,” Martin said, according to KARK.

Officials with AVII noted they will attempt to get the rest of the state’s 74 counties to return to paper ballots by the end of this year.

In her tweet, Lake said, “Americans in EVERY state and EVERY community must demand honest elections. No electronic voting machines, replace election month with election day and paper ballots that are hand-counted in small precincts. We demand honest & transparent elections NOW!”

Americans in EVERY state and EVERY community must demand honest elections.

No electronic voting machines, replace election month with election day and paper ballots that are hand-counted in small precincts.

Meanwhile, on Thursday, the Arizona Court of Appeals agreed to expedite consideration of a lawsuit filed by Lake alleging enough voting irregularities and problems during the November election to have altered the outcome.

In a brief order, issued on Jan. 9 and made public the next day, the court ordered a reset of “the matter for conference on February 1, 2023,” and agreed with Lake’s arguments that her challenge should be handled as a “special action petition.” The court date was reportedly scheduled for March.

Lawyers for Democrat Arizona Gov. Katie Hobbs, the state’s former secretary of state, [have] until Jan. 17 to respond and argue why Lake’s challenge should be rejected, according to the order. Lake had petitioned both the state’s Appeals Court and Supreme Court after a Maricopa County judge rejected her case after a two-day trial in December.

In an interview with the Salem News Channel on Friday, Lake also claimed that her legal team has “three whistleblowers in the signature verification department in Maricopa County who said that they were rejecting tens of thousands of signatures to the tune of up to 130,000 ballots that were being rejected for bad signatures, and somebody above them was sending them on through to be counted anyway.”

.@KariLake: "We have 3 whistleblowers in the signature verification department in Maricopa… Who said that they were rejecting tens of thousands of signatures to the tune of up to 130,000 ballots that were being rejected… Somebody above them was sending them on through anyway" pic.twitter.com/cnccVZRtqp

“Lake’s lawyers previously argued that those Maricopa officials allegedly ‘admitted, after first denying, that illegally misconfigured ballots were injected into the election’ and triggered the ‘tabulators to reject tens of thousands of ballots,’” The Epoch Times reported, citing court documents. “Lawyers stated Republican voters on Election Day were disproportionally impacted.”

Last week, officials at Maricopa County announced they would conduct an investigation into widespread reports of problems with printers during the contested November election following complaints from scores of voters and legal action from Lake.

Former Arizona Supreme Court Justice Ruth McGregor said she would lead the “independent” probe, according to county officials. The former justice was a member of the state’s highest court from 1998 to 2009 and took part in the 2019 investigation into security issues involving Arizona prisons, the Daily Wire reported.

McGregor plans to hire a team of “independent experts to find out why the printers that read ballots well in the August Primary had trouble reading some ballots while using the same settings in the November General,” Maricopa Board of Supervisors Chairman Bill Gates and Vice Chairman Clint Hickman noted in the statement. “Our voters deserve nothing less.”